Florida Gov. Rick Scott has unofficially banned official use of the phrase 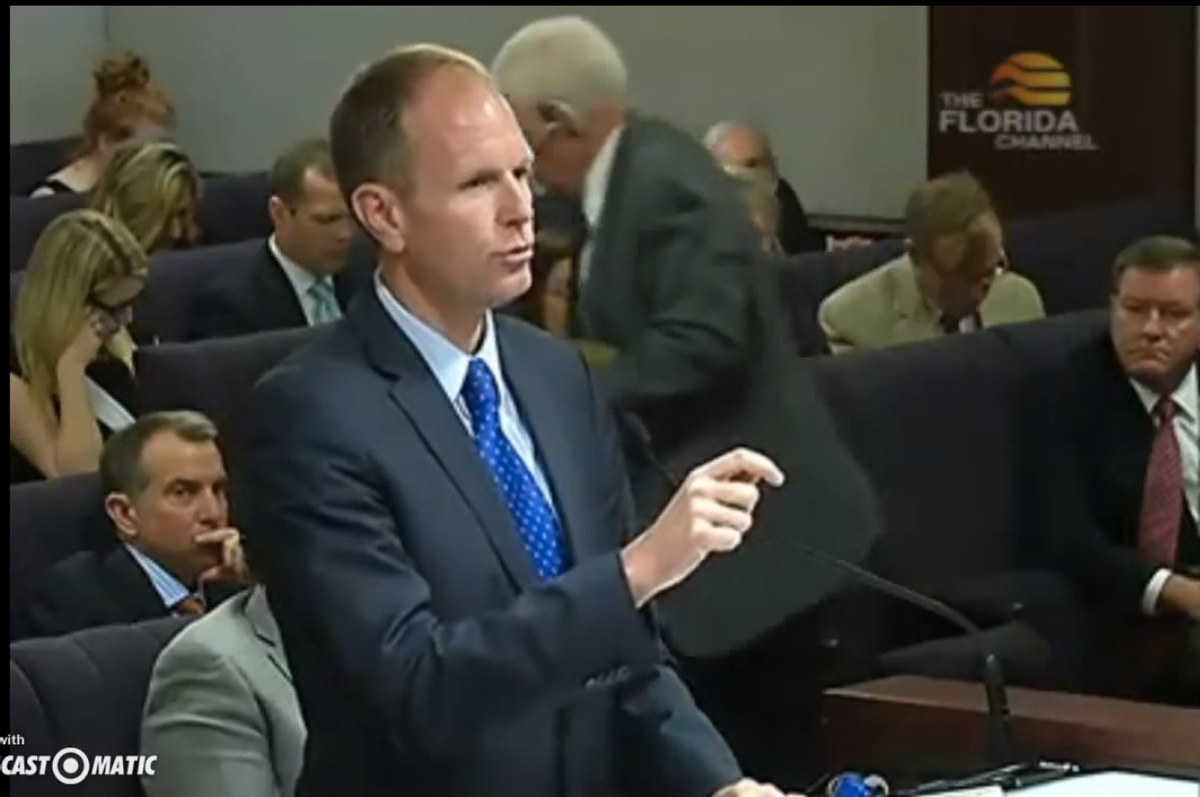 A slew of unconfirmed reports indicate that Florida Governor Rick Scott has banned state officials from using the term 'climate change' because it's a proven scientific concept in which Scott has chosen not to believe. Despite Scott's repeated denial that such a law exists, in a new video released by climate activist organization Forecast the Facts, Director of Florida Division of Emergency Management Bryan Koon clearly tries to avoid using the phrase in a public hearing.

In the video, Koon speaks with State Senator Jeff Clemens who is aware of and amused by Koon's verbal limitations.

Clemens questions Koon about whether the state needs to have "climate change plans" in order to qualify for specific federal funding to prepare for floods, tornadoes and hurricanes. Koon agreed that a proposal would necessitate "language to that effect."

"I used 'climate change,'" said Clemens, "but I'm suggesting that maybe as a state, we use the term 'atmospheric reemployment.' That might be something that the governor could get behind."

"What issue is that?" Clemens taunted.

"The issue you mentioned earlier."

Watch the terribly uncomfortable interaction below: