We are literally flushing millions of dollars worth of gold down the toilet, scientists say

According to USGS researchers, our sewers are an untapped goldmine 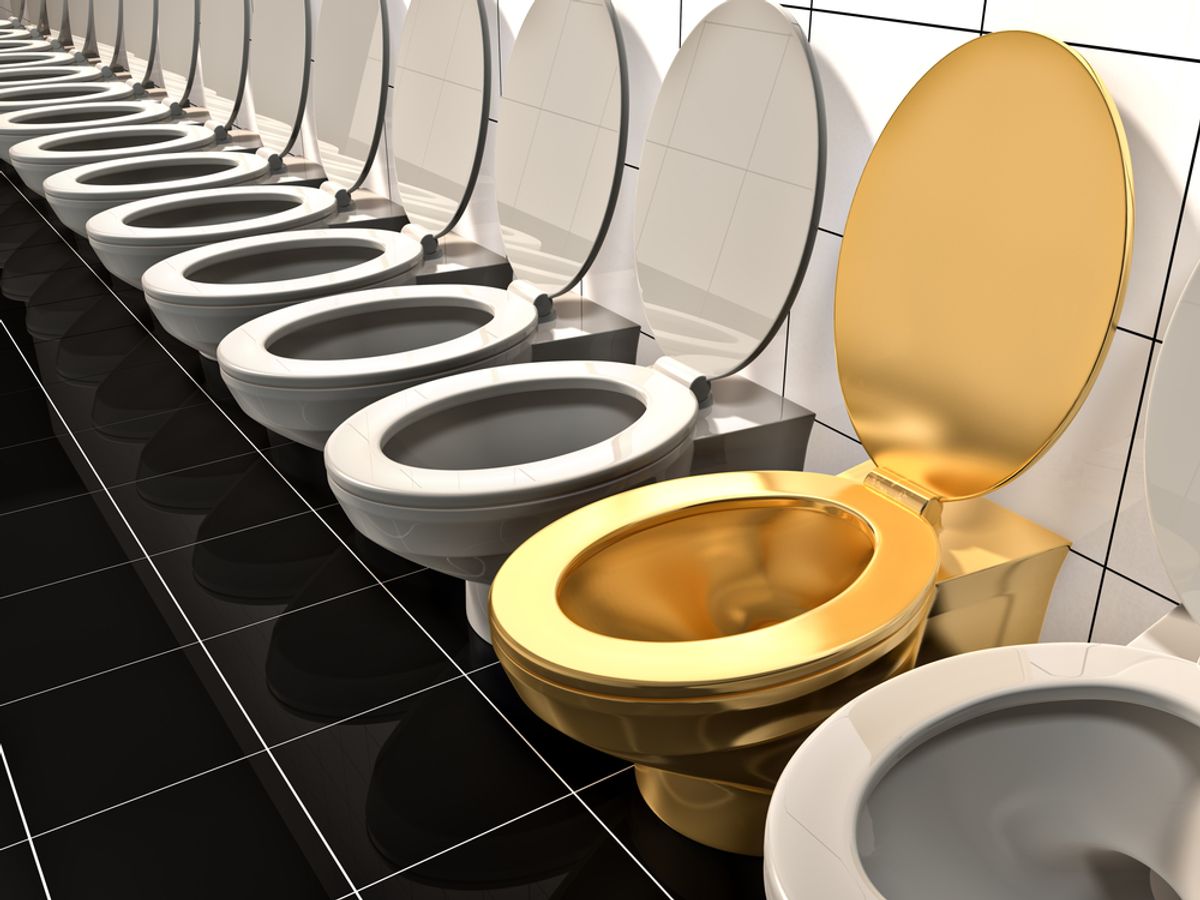 Waste not: There's a veritable goldmine floating in the nation's sewers, scientists say, just begging for someone to recognize its value.

"There are metals everywhere," said Kathleen Smith, of the U.S. Geological Society, "in your hair care products, detergents, even nanoparticles that are put in socks to prevent bad odors." All make their way down the drain to wastewater treatment plants, where they emerge as solid, potentially mineable waste.

Some caveats: it's microscopic gold -- and silver and platinum -- that we're talking about here, and scientists still haven't figured out the best way to actually access it. But that very problem is now being addressed by a team of USGS researchers, who are presenting on their project this week at the annual meeting of the American Chemical Society.

And the ends, they say, just may promising enough to justify the means (i.e., sifting through poop). "The gold we found was at the level of a minimal mineral deposit," Smith said, an amount that, in more typical settings, would be considered commercially viable to mine. Another recent study, to that effect, found that a community of one million Americans could "produce" up to $13 million worth of precious metals in one year alone.

The environmental benefits of poop mining, for lack of a better term, could also be significant. First, it could reduce the need for destructive, traditional mining. A class of chemicals known as leachates, which are used by industrial miners to extract metals from rock, can be incredibly damaging when they're spilled or leaked into the environment -- the researchers argue that poop mining, while still requiring the use of those chemicals, could be carried out in a more controlled setting.

Removing those metals from biosolids, moreover, would mean preventing their reintroduction back into the environment. U.S. wastewater facilities produce more than 7 million tons of solid waste every year, the researchers say, half of which is put to use as fertilizer. The main objective of the project is really just to get the metals out, thus making the fertilizer more viable; figuring out a lucrative way of reusing them can be seen as a sort of added bonus.

"If you can get rid of some of the nuisance metals that currently limit how much of these biosolids we can use on fields and forests, and at the same time recover valuable metals and other elements, that's a win-win," said Smith, who's leading the program.

"We're interested in collecting valuable metals that could be sold, including some of the more technologically important metals, such as vanadium and copper that are in cell phones, computers and alloys," she said. Still, she added, "the economic and technical feasibility of metal recovery from biosolids needs to be evaluated on a case-by-case basis."