George Zimmerman lashes out at "Barack Hussein Obama": The president "broke the law" and "pitted American against American"

"You cannot as a human feel guilty for living, for surviving" 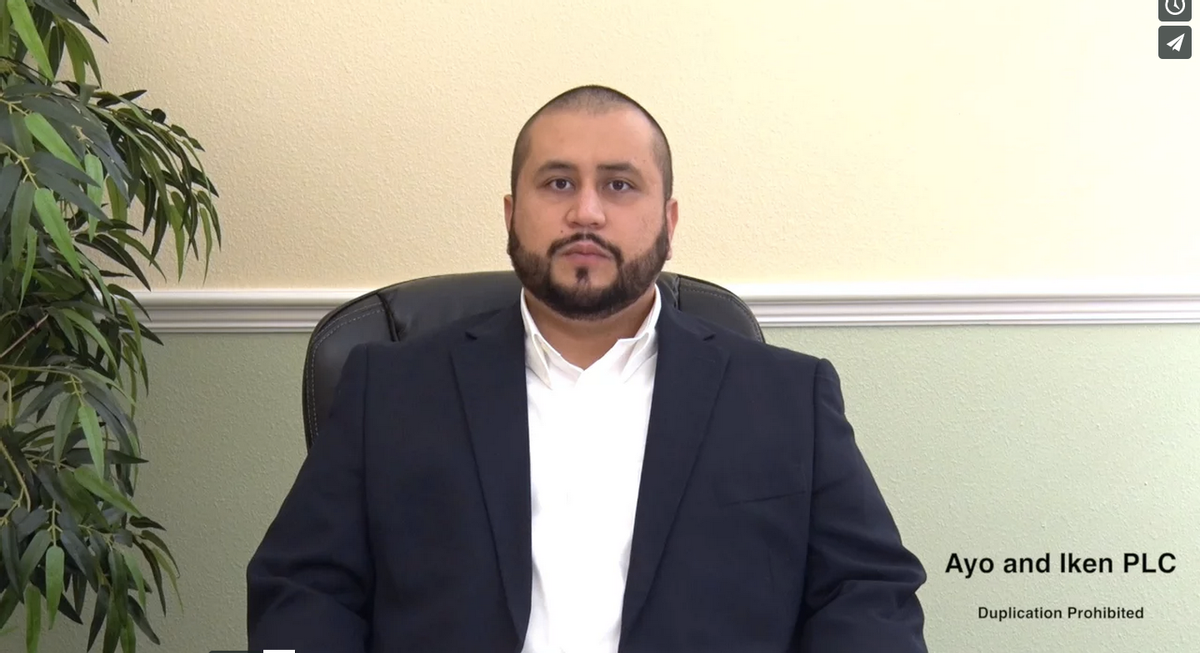 Brave George Zimmerman has made his first public comments since the Justice Department announced that it would not press charges against him for the death of Trayvon Martin in February 2012. In the video shot by his Tampa divorce lawyer, Zimmerman claimed that President Barack Obama, whom he refers to as "Barack Hussein Obama," had stoked racial tensions, and that he was the true victim.

"For him to make incendiary comments as he did and direct the Department of Justice to pursue a baseless prosecution, he by far over-stretched, over-reached," said Zimmerman, referring to Obama's comments that if he had a son, "he would look like Trayvon."

His lawyer, Howard Iken of Ayo and Iken PLC asked him a few questions:

"Do you have a clean conscience at this point?"

"Do you wish [it]... had turned out differently?

"I believe that the American judicial system failed in the sense that I should not even [have] gone to trial, but I do believe the jury process succeeded," Zimmerman said. "In all fairness, you cannot as a human feel guilty for living, for surviving."

"Are you the same person that you were five years ago?" Iken asked.

"Absolutely not. I have to have my guard up," Zimmerman replied with the entitlement of a child actor. "I still believe that people are truly good at heart, as Anne Frank has said, and I will put myself in any position to help another human in any way I can."

Watch the video below or here, at www.18884mydivorce.com. That URL is, against all odds, not a joke.