Retirement could set up competitive contest in Indiana 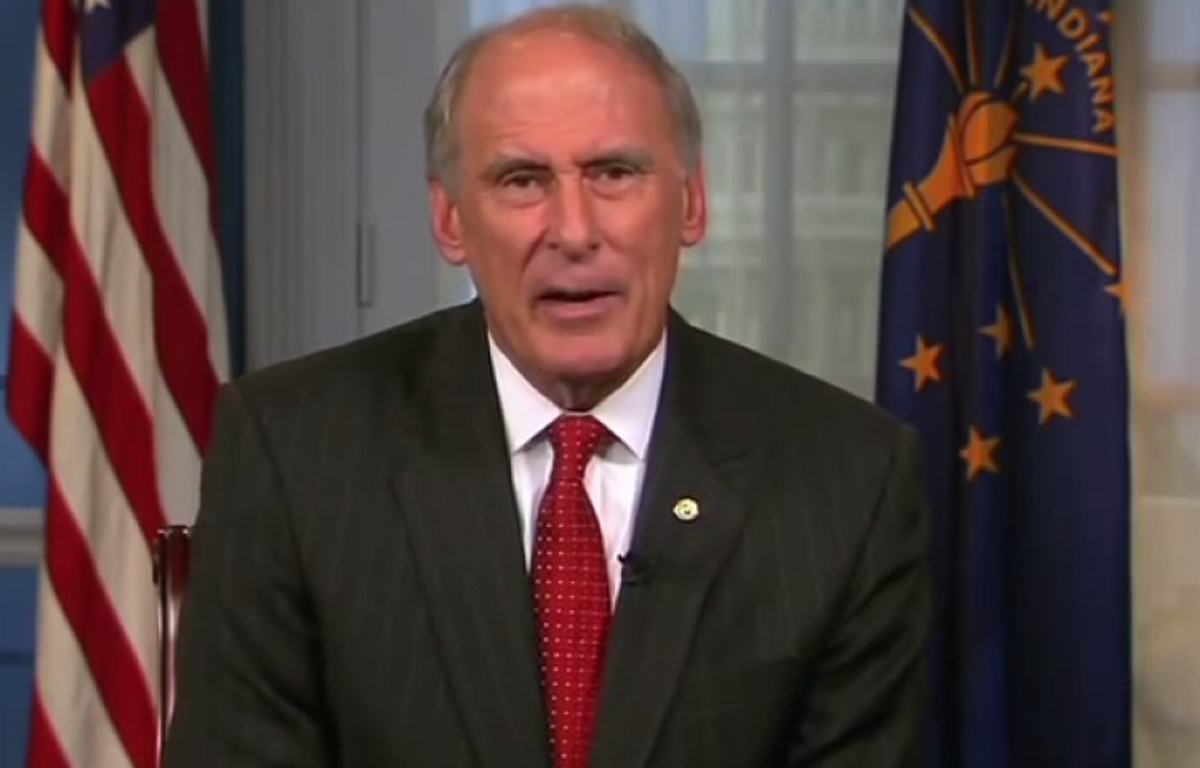 The Republican told the site that he decided to focus on his Senate work rather than gear up for a re-election battle. A formal announcement of his retirement is forthcoming.

Appointed to the Senate in 1989 to succeed Dan Quayle, who had become vice president under George H. W. Bush, Coats kept the seat in a 1990 special election and won a full term in 1992. He did not seek re-election in 1998, and later served as ambassador to Germany during President George W. Bush's administration. Though he had relocated to North Carolina, Coats mounted a Senate comeback bid in Indiana in 2010, easily defeating Democratic Rep. Brad Ellsworth in the contest to succeed retiring Sen. Evan Bayh.

Although Indiana is generally a Republican-leaning state, Barack Obama carried it in 2008, and now-Sen. Joe Donnelly (D) defeated an ultraconservative Republican opponent in 2012. The state is not as clear a Democratic pickup opportunity in 2016 as states like Illinois, Pennsylvania, and New Hampshire, but the higher turnout that comes with a presidential year at least increases the likelihood that the party's nominee will perform better than Ellsworth did in 2010, when he garnered just 40 percent of the vote.

Coats is the first Republican senator to opt against a re-election bid in 2016. Democratic Sens. Barbara Mikulski of Maryland and Barbara Boxer of California are also stepping down next year.