"Help! My boys were stopped three times by police for being outside unsupervised"

Another mom grows incensed by a parenting culture gone mad, but we have to turn frustration into connection 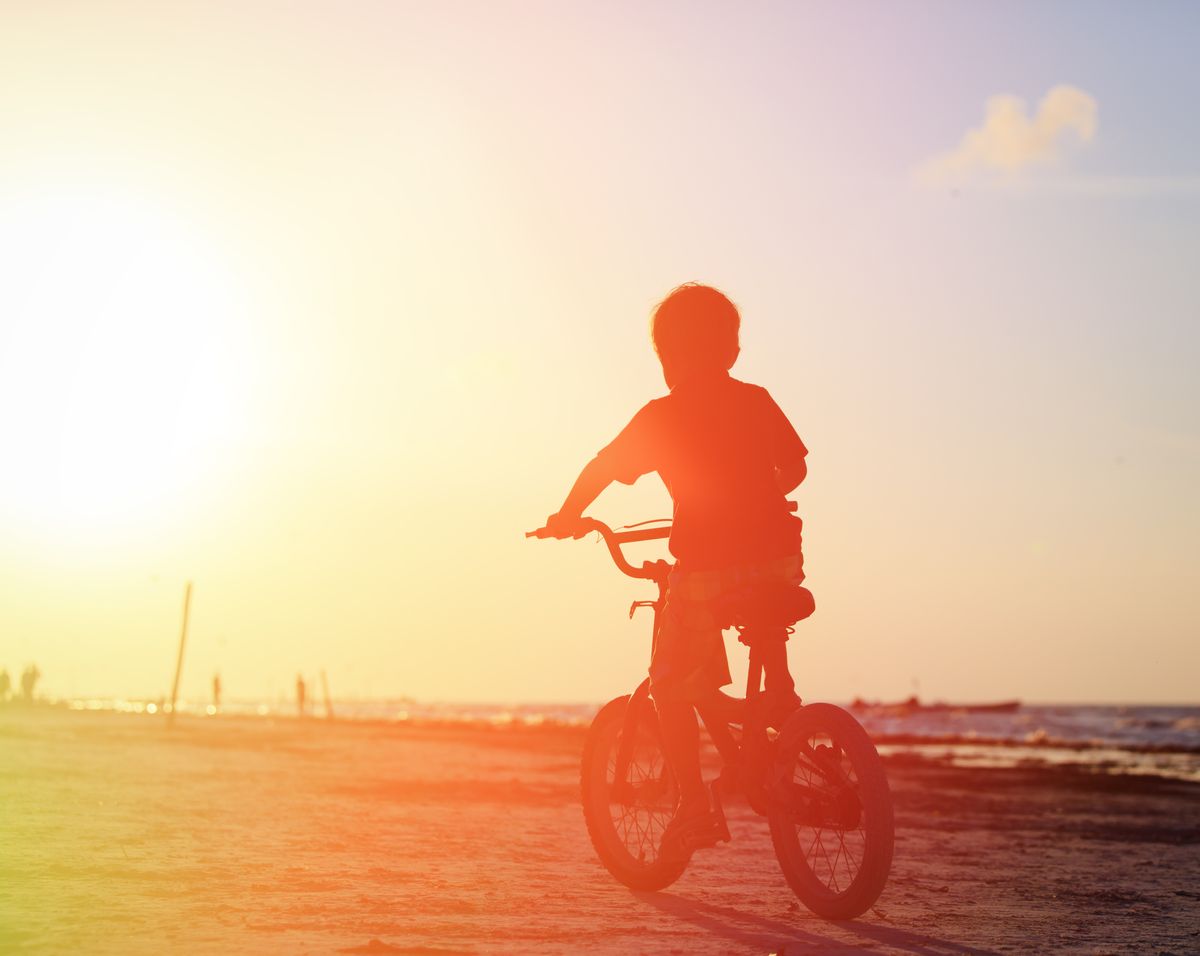 Recently, I got a letter that made me want to scream: A kid was stopped by the cops for riding his bike on a three-house street! But this exchange ends with ... well, you'll see. I learned something. Maybe we all will.

I changed the names to keep the author and her town anonymous.

Here's a situation that has been ongoing for several months, and we're in shock. We're fortunate that so far, nothing worse has happened to us than a few uncomfortable conversations with cops, and the fact that now our kids are afraid to go past the boundaries of our (very tiny) yard without an adult for fear of being accosted again. Here's the rough outline:

Several months ago, youngest son (age 6) was accosted by an officer for riding his bicycle on the sidewalk in front of our house (our block is three houses wide — he was riding from one end of the block to the other). The officer told my husband, who was home at the time, that our son wasn't allowed to play on the sidewalk "without supervision." He had apparently received a call from a "concerned citizen" who had seen him riding. In this case, the officer was aggressive and frightened us into thinking we might actually have broken some law. A little research showed that we had done no such thing, but we were shaken.

A few weeks later, I walked our middle son (age 10 at the time, now 11) halfway to the library, which is about six blocks from our house through a safe neighborhood, across no major roads, with a middle school smack in the center of the route. I let him take the second half of the route alone while I walked on to work (we live in a small town and my office is only several blocks from our house).

Just as I arrived at work, I received a call from a police officer. He had detained my son. He launched into an explanation of why it was dangerous for him to be out by himself. I explained that Danny had our permission, that we knew where he was, and that I appreciated the advice but that Danny was to be permitted to continue on his way. The officer replied with, "Ma'am, I'm going to need you to come down here." I did, and when I arrived I received a lecture about safety, and then walked my son the rest of the way to the library (because he was now afraid to walk alone). He walked home alone safely, perhaps because I had let the officer know that he would be walking past the school again, and that he would be just fine.

Despite our best efforts to allay their fears, our children now won't leave our property without our company, out of the legitimate fear that they will be stopped by police. Our youngest son (now 7) won't even play in the front yard alone. He no longer rides his bike because there is nowhere flat to ride it unless one of us is able to make the time to go with him to the park (less than a block from our house).

Yesterday, James (my husband) finally talked the 11-year-old into giving it another go, and walking to the convenience store that is two blocks from our house, with a traffic light/crosswalk across the main street (just a two-lane road, but fairly busy). He sent him with money and asked him to pick up a couple things for us and a treat for himself.

Because of our son's anxiety, James followed at a distance, just out of sight, in case Danny got scared and decided to come back.

Danny made it approximately halfway there (one block) before being accosted by a police officer who said a "concerned citizen" had called about an unattended child. By the time James caught up, the officer had taken down Danny's address and had just asked for his dad's phone number. The officer in this case was kind and did not offer a lecture, but both the officer and the convenience store clerk agreed that "someone was looking out for" our son, i.e., the "concerned citizen" who called in the case.

To the credit of our tiny town, the assistant city manager has seen my Facebook posts and responded appropriately. After the first two incidents, he had the deputy chief of police call me and discuss the situation. The deputy agreed to send an email to his department instructing them how to handle these situations in the future (presumably, with less heavy-handedness).

After this last incident, the assistant city manager contacted me again and asked to have the city manager call me. We have not had that call yet.

As for us, we're deciding whether to:

a. Move somewhere else (we'd have to wait out the lease on our house and my office, both of which we just renewed in February)

b. Make a stink (so much time and energy, and we're still recovering from the recession — I work 60-hour weeks, James home-schools the kids and works part-time from home)

In the wake of what's happening with the Meitiv family, I'm inclined to put up a big fight. I'm a professional writer with a robust network, so I feel I could make a difference--not only for us, but on a larger scale, for other families too, maybe for the country as a whole. You're already doing so much, and it can't hurt to have more voices. But man, the investment. I just don't know.

Anyway. Thank you for all you do for Free-Range and commonsense parents everywhere.

Where do you live? And can I publish this? If so, it will probably go viral. You would probably be interviewed by the media is my guess. Let me know if that's something you would want.

I'm on your side no matter what. My new push is for the "Free-Range Kids' and Parent's Bill of Rights," which states that kids have the right to some unsupervised time (with their parents' permission) and parents have the right to give it to them, without fear of government intervention. -- Lenore

What happened to you is just nuts.

P.S. How many police officers does your town have???

Ha! The short answer to how many police we have is: Twice as many as we need.

I'm giving thought to your earlier email. My concern is that I don't want to irrevocably create an adversarial relationship with our town's leaders (I know several of them personally, and one of my friends and fellow business owners was just elected to the city council) by calling negative national attention to our town.

I had another thought, that will take a little more strategizing. I've got a call with the city manager in the near future. What if we could transform our lovely little town into a model for an evidence-based "safe haven" for kids to grow in health and independence, by making our neighborhoods old-fashioned safe zones? We might not call it a "Free-Range" town, but that's what it could amount to. It would at minimum involve community education, the backing of the town leadership, and perhaps a little encouragement from national publicity.

It's clear that our town has the community involvement necessary (seriously, it's a super-involved community — you wouldn't believe how many community activities occur every weekend in the downtown park, and how packed it is ... and then the parades ... and the city vision committee meetings). People here care about kids (hence, I suppose, the calling the cops on us constantly, heh). Maybe we can align those two things with evidence, and make something wonderful.

I don't think that can happen if I bring my unbridled frustration to national attention before having a dialogue with town leadership.

I welcome your thoughts.

You're right. There's more progress to be made by banding together than by public embarrassment (which, aside from being cruel, can cause people to dig in their heels). I feel that if you showed your letter to your friend who is on the city council, or even to the chief of police, it would become obvious to them that this is not the kind of thing that should be happening. Also, show them this. The Times of London has just declared "Free-Range villages" to be the most desirable places to live IN ALL OF BRITAIN.

You could raise property values AND get fantastic national attention by deliberately deciding that the police and the citizens will all be looking out for kids in a way that lets them know they are SAFE outside — the community is watching out for them (not investigating their parents)!

You'd get national attention, but for being progressive and brilliant. And I KNOW someone will say, "But if the predators know that kids are outside, they will come here!"

You have to remind them that crime is at a 50-year low and that kids in your town were always outside until recently, and that you are not going to keep kids cooped up and fat and depressed — and turn parents into criminals —for the sake of worrying about the boogeyman, when you are actually TELLING the boogeymen: If you come to our town, all the cops and all the "concerned citizens" will POUNCE on you because we look OUT for our kids!

Does this make sense?

And that is where we leave "Leslie" now. I will update you when she updates me. Meantime, I hope that this kind of frustration-turning-to-connection can take place all across America. It just may. I imagine a day when towns will compete to prove which one is more Free-Range, with more neighbors looking out for each other and more kids playing outside.