Larry Wilmore tackles Starbucks controversy: "What if we just serve coffee and not talk about black stuff?" 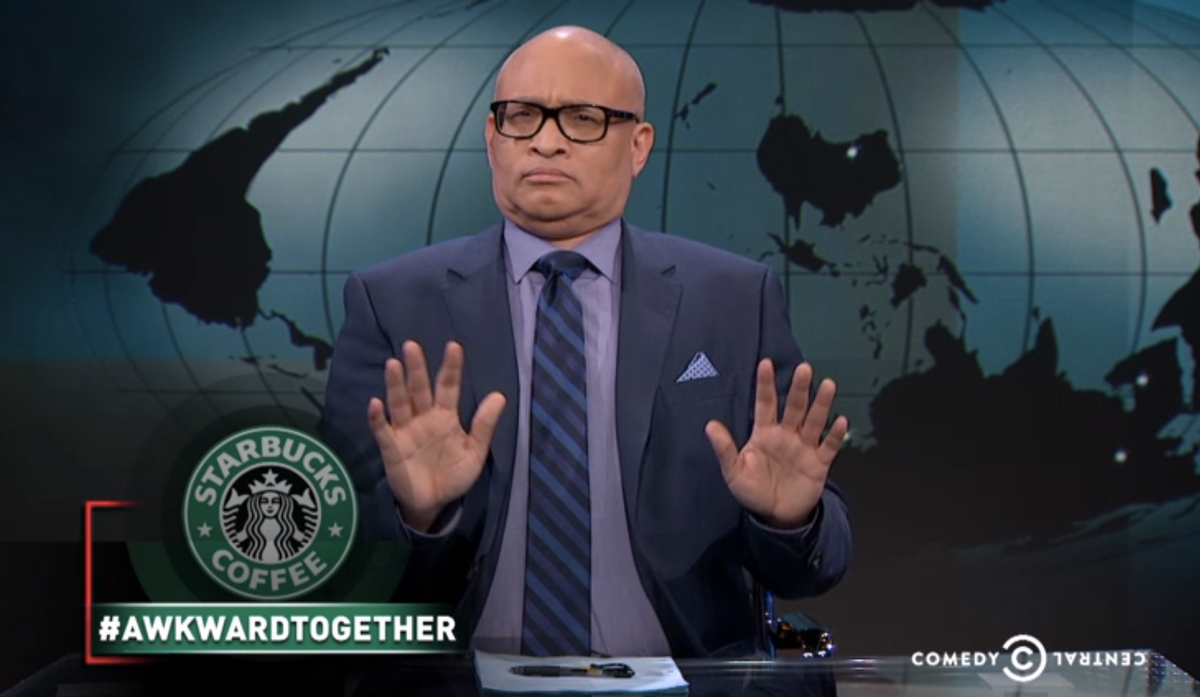 Larry Wilmore checked in with the campaign (and subsequent hate-tweets) on Monday night's "Nightly Show." Wilmore was able to acknowledge that CEO Howard Schulz's heart was in the right place with the campaign. Others on the Internet are having a bit more trouble following suit.

"I don't have time to explain 400 years of oppression to you and still make my train," one Twitter user wrote.

To really bring his point home, Wilmore sent "Nightly Show" staffers into the wild to strike up some "#AwkwardTogether" conversations with Starbucks customers.