Meet the new Bob Dylan: This young Australian songwriter is the voice of our anxious 21st century

Listen to Courtney Barnett's rambling, witty new album and try to deny she's the obvious heir to The Bard's throne 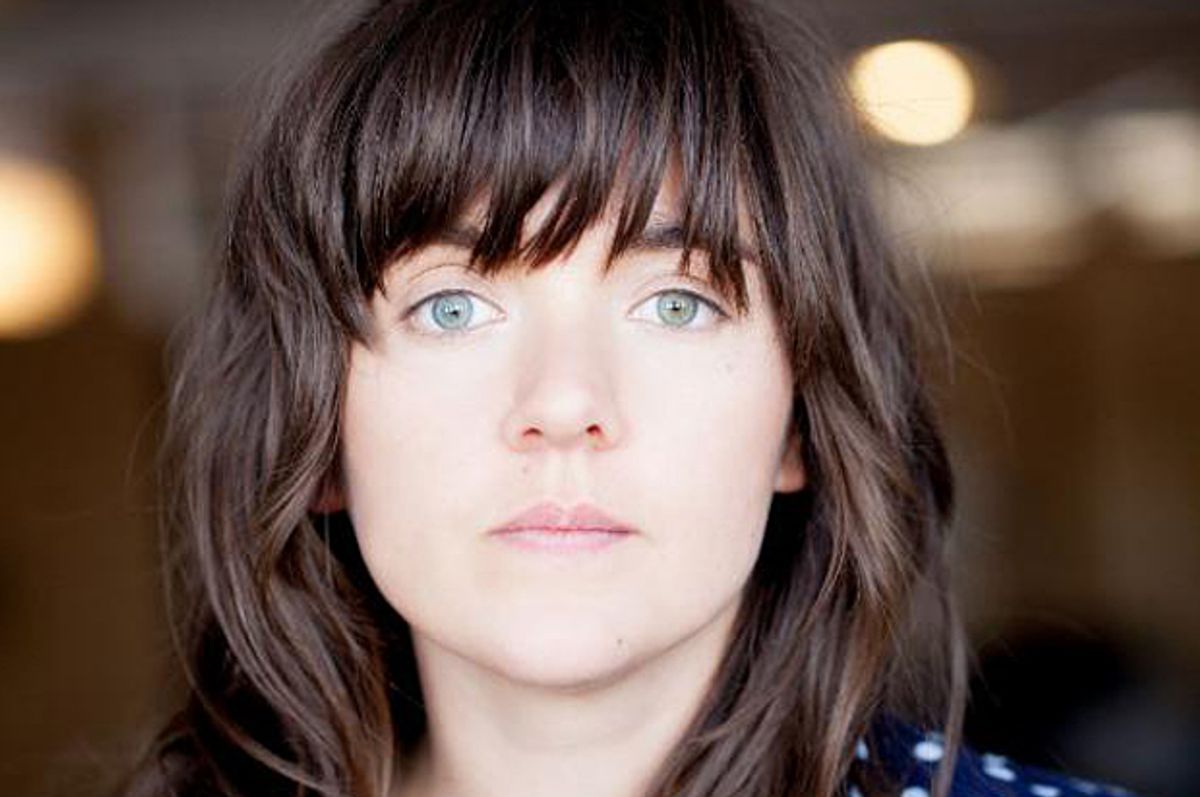 The amount of times people have said they’ve found the new Bob Dylan is almost comical at this point but — I have found the new Bob Dylan, and she’s Australian. The comparison really only goes as far as Courtney Barnett being as adept at rambling lyrical word puzzles as the '60s forebear, since the main thing she’s protesting is how few people in the world seem to want to just hang out and joke around, but stay with me here.

Her tracks are peppered with references to meth labs, dropped cigarettes and lazing about. She doesn't have any time for Taylor Swift-style emotional grandiosity; the icy determination of a band like Savages won't do either. Instead, she's busy crafting her own cue card-ready lines like: "I found an Ezra Pound" and "Anaphylactic and super hypochondriactic." If it's not easy to picture phrases like that dropped in the woozy voice Dylan affected on his gone-electric trilogy in the mid-'60s, maybe I'm more alone in the world than I thought.

I recently saw Barnett play the entirety of her new record in Los Angeles, and we talked on the phone shortly after. "Sometimes I Sit and Think, and Sometimes I Just Sit" is pretty clearly already one of the year’s best albums, and it’ll take a lot to unseat it from its rightful space in most people’s Top Ten lists come December. She and I talked about disliking crowds, "Fawlty Towers" and how Keith Jarrett really calms her down.

In “Nobody Really Cares If You Don’t Go to the Party,” there’s that line where you say, “You say you’ll sleep when you’re dead / I’m scared I’ll die in my sleep.” So how are you handling all this popularity and touring given that so many of your songs are about being a bit more introverted?

Well, that song doesn’t have much to do with that. But now I’m getting used to that, I guess, being around people more. I’m pretty good at taking myself away and hiding. (Laughs).

What is that song about then? Obviously, it’s not about touring but I interpreted it as being about not wanting to go out to big social gatherings.

Yeah, sorry, yeah. It’s not so much about touring, it’s more about everyday socializing and friends and the pressure of keeping up with your friends, not feeling left out by them and all that sort of stuff. So that’s the general gist if that’s what you meant.

I was a little worried I was losing my mind there for a second. (Laughs). Some other themes I see you tackling often, whether on your earlier EPs or on this new album, are anxiety and how to calm down from that state. What are some of the main songs or records you’ve turned to for solace when you’re feeling kind of anxious?

I’ve got a couple. One would be Keith Jarrett’s "The Köln Concert." I always think of that when I’m super-stressed since it’s just piano music, basically. Anything by him really chills me out. Then I’ve got a secret calming passion for "Grace" by Jeff Buckley. It’s kind of depressing and uplifting at the same time. It’s weird.

There’s a lot of wit to the lyrics you write. Were there specific family members or friends who influenced what you found humorous or amusing as you were growing up? Were there any movies, TV shows or anything that you feel were cornerstones in developing your own sense of what was funny?

My dad, definitely. He showed me Monty Python, "Fawlty Towers," "Black Books." I definitely learned that kind of slightly dry, sarcastic, black humor from my dad. I guess he was the main one. As I grew up, stuff like Ricky Gervais, "Arrested Development," "Portlandia," et cetera.

I figured those would be the answers. Do you have a favorite "Fawlty Towers" episode?

You know, I haven’t watched it for so long. There was the rat one or whatever it was, a hamster, a guinea pig. That show’s so ridiculous with its attitude. The story lines are so ridiculous and unnecessary. (Laughs).

One thing I noticed as I was preparing for this was that every interview you’ve done or review of your work seems to focus on how great your lyrics are. Do you feel like there’s an overfocus on the lyrics to the point it glosses over what you’re doing musically? Are you content with the focus being put on what you’re doing with words?

I don’t know. I don’t really take it negatively or personally. I assume people mean that on top of it all the lyrics are particularly interesting. I mean, obviously, I’m proud of it all. I feel like I’ve grown a lot as a musician in the last seven years but definitely in the last three, just playing in a couple different bands and recording a whole bunch more. But everyone’s attracted to different kinds of art.

When you talk about growth, it’s kind of early to discuss this but do you already have an idea of the direction you want to go after "Sometimes I Sit and Think, and Sometimes I Just Sit?"

I don’t know, not really. I kind of just do stuff as it happens and see how it sounds. I’ve got so many different styles of songs just sitting around. I’ve got a few country songs so I might record them separately. This album was all over the place genre-wise so I don’t think I’m heading for any certain style. The next album is probably going to be the same, just kind of drawing from all years and all sounds, trying different things, seeing what happens. Half the fun is seeing how it goes.