Remind us why this guy has a job? 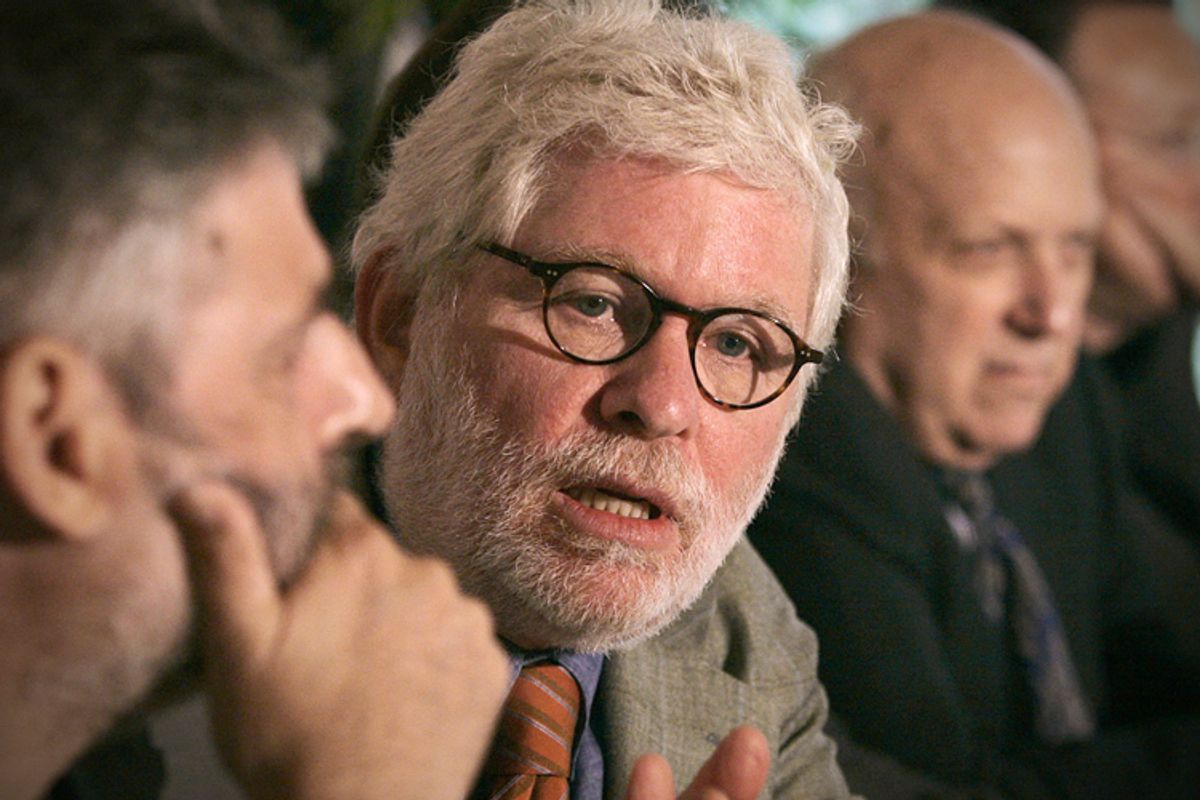 The Washington Post's Richard Cohen took a break from gagging at the sight of New York City's interracial first couple to serve up another one of his garbage heaps of punditry on Tuesday. Cohen's topic was Ferguson, and the product was about what you'd expect from a man who allows that Trayvon Martin's death was a tragedy, but that the 17-year-old essentially had it coming, what with his hoodie, "a uniform we all recognize."

Three years after George Zimmerman killed Martin, Cohen writes that the death of 18-year-old Ferguson resident Michael Brown at the hands of Officer Darren Wilson has become a "liberal Benghazi," by which he means that Ferguson connotes "more of a cause than a place, more of an ideological statement than an incident." The Justice Department, you see, has determined that Brown struggled with Wilson, fought the officer for his gun, and even after holding his hands up, charged back at Wilson; the original version of events, which held that Brown was shot and killed as he attempted to surrender, no longer looks so tenable.

Now, Cohen allows that none of this means Brown "deserve[d] to die." And sure, he concedes, there was that entire Justice Department report demonstrating that Ferguson's law enforcement system is riddled with racial bias and zealous use of force. But because Brown was not a perfect victim, Cohen isn't particularly interested in delving into the details of institutional racism, in Ferguson or elsewhere. In fact, Cohen much prefers to ask whether the real victim in all of this isn't Wilson, the poor persecuted white:

A grand jury studied what happened and did not indict Wilson. Eric Holder’s Justice Department reached the same conclusion. Let me offer another conclusion: If Brown was not criminally shot because he was black, then possibly the cop was accused because he was white. Who was the stereotyped individual here?

Cohen proceeds to ask why, then, Ferguson has become "a cause." One could readily respond that the Justice Department's findings of routine civil rights violations -- manifested in disproportionate traffic stops of African Americans, flagrant disregard for blacks' basic constitutional protections, and excessive use of force, for example -- are all too familiar to black Americans throughout the country. Even if our understanding of Brown and Wilson's encounter has been complicated by subsequent findings, hasn't Ferguson shone a spotlight on systemic injustices?

Nah, Cohen retorts. Ferguson, he writes, is a tiny hamlet "of only about 21,000 -- a bad day at Yankee stadium -- and yet it has repeatedly been the lead story for many news organizations." So, Cohen asserts -- and here he betrays that he almost certainly hasn't read Justice's report -- Ferguson is not a symbol of "institutional racism across the nation," it's merely a rallying cry, like Benghazi -- a rallying cry for people "who see white racism everywhere."

You know, the kind of dirty leftist people who have the temerity to call out people like Cohen for seeing African Americans as inherently terrifying.

This warrior for truth instructs those who are concerned about the violent deaths of black people to focus on -- say it with me, now -- black-on-black crime. About 9 in 10 black murder victims die at the hands of black assailants, Cohen notes. Something must be done! Of course, so are 9 in 10 white victims are killed by white murderers, but only the former statistic is, to Cohen's mind, particularly telling. Why ever could that be?

And what would a Richard Cohen column be without a nice little aside concerning "questionable statistics" bandied about by anti-rape activists? This also has something to do with leftist Benghazism, trust him.

Cohen, who would never get his meaty hands dirty with such a squalid activity as blogging, concludes his jeremiad with a "blogger alert": He acknowledges that campus rape is an issue -- sure, why not -- and that racism still exists.

On that latter score, I'll point to Richard Cohen himself as evidence that he's absolutely correct.