To help warm James Corden up to his new late-night spot, Tom Hanks joined the host to reenact all of his films 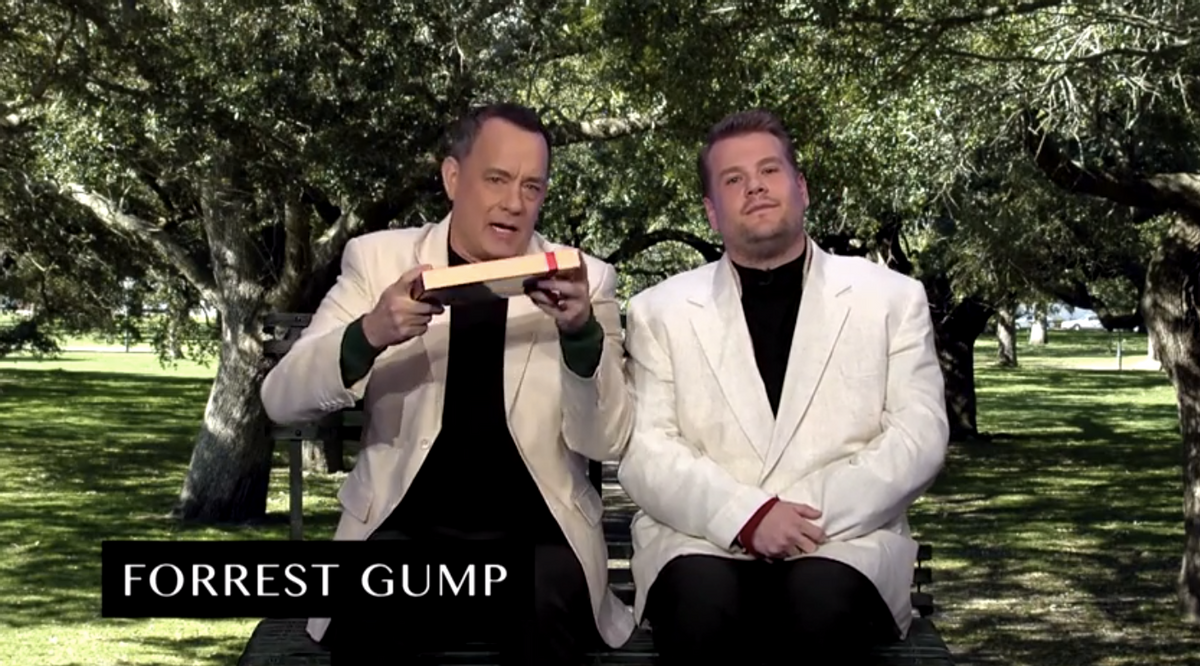 And he's off! Nice-guy James Corden made his debut as CBS' "Late Late Show" host Monday night. But he couldn't have warmed up to the new spot quite so well without a little help from some friends. No -- a lot of help from some friends. Among the never-ending list of celeb appearances (Lena Dunham! Meryl Streep! Shia LaBeouf?) was no other than Tom Hanks.

Together, the two reenacted every Tom Hanks film in under seven minutes -- from "Big" to "Forrest Gump" to "That Thing You Do" -- before finally ending with the song "You've Got a Friend in Me" from "Toy Story," appropriately enough.