Were we all wrong about "Last Man on Earth?"

Widely acclaimed as risky and fresh at first, "Last Man on Earth" is sliding into tired network sitcom tropes 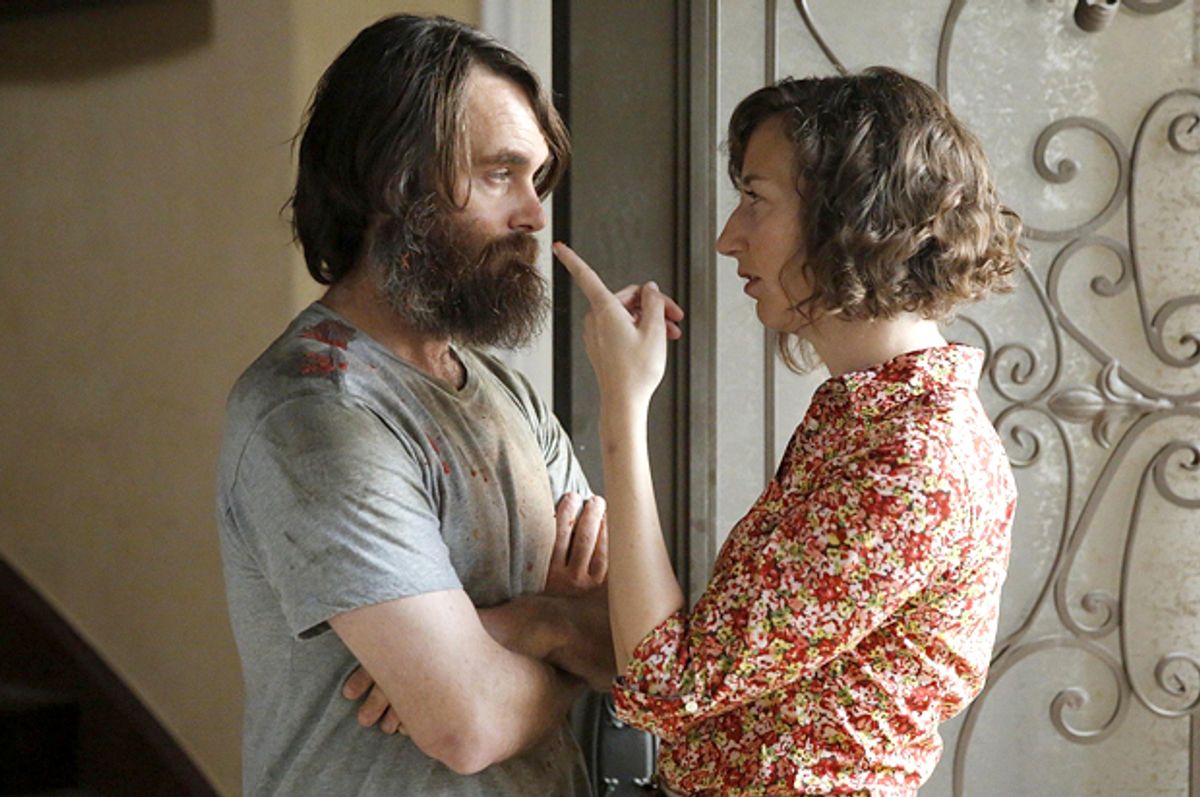 When “Last Man on Earth” premiered three weeks ago, it seemed to promise something different than the traditional network sitcom. Critics all around praised its ingenuity and its seeming willingness to take risks; as Grantland's Andy Greenwald wrote, "That a show so defiantly odd, so unconventional in format could even make it onto one of the Big Four networks in 2015 is encouraging enough...The Last Man on Earth is a burning bush for the many industry doubters who had given up on the possibility of innovation on the traditional networks."

The initial premise was boldly high concept. Will Forte's Phil Miller (whose name is a composite of creators Phil Lord and Chris Miller) was the eponymous last man on earth, left to roam free and grapple with his loneliness in a depopulated world. But episode two brought a twist — Phil was joined by a female survivor, Carol, played by Kristen Schaal. At the end of the show’s double-header premiere, having already had our expectations upended once, we were left tantalized and curious, wondering about how Lord and Miller would be able to sustain the premise. Where would they possibly go next?

The answer is, unfortunately, the most conventional route possible. It’s disappointing to see how fast the show has veered away from its adventurous beginnings into predictable sitcom plot-lines and stereotypes. When the cast was still only Phil and Carol, their odd-couple banter felt fresh, and I looked forward to following them on their bizarro Adam and Eve-like quest for repopulation. But with the arrival of January Jones’ Melissa in episode three, and the formation of a plot based purely on the old-school love triangle, much of the show’s early promise seems to have been jettisoned in favor of a far less exciting approach.

Don't get me wrong -- the show is still very funny (Forte's "Shawshank Redemption" monologue last night was a highlight.) And it's not January Jones' fault; she's a charming addition to the gang, with great subtle comedic timing. But the writers haven't found a way to utilize her other than as a tired "hot girl" trope. As EW’s Jeff Jensen wrote, "The first two episodes demonstrate huge imagination for entertaining scenarios that express Phil’s existential struggle,” with the show offering opportunity “for reflection on the point and value of societal rules and norms.” Phil and Carol’s coupling brought up a lot of interesting questions about the nature of romantic coupling, and how and why we cling to certain habits in the wake of social breakdown. (It is, as I said in my earlier review, an interesting metaphorical exploration of that old adage "I wouldn't sleep with you if you were the last man/woman on earth.”) But with the arrival of Melissa, those deeper questions have been jettisoned and replaced a far baser one: how Phil can have sex with the better-looking of two women? This time-worn sitcom plot device has fueled the past few episodes — Phil, Melissa and Carol's dynamic could be transplanted anywhere, to a Manhattan office or a high school clique, and we would be left with pretty much the same show. That's hardly the best use of the fascinating, richly-imagined dystopian playground we saw come to life in the first three episodes. IMO, who gets to have sex with whom is the least interesting thing about this situation. Everybody should be having sex, because the world as we know it is over, and it doesn't matter! (Alas, if only this were on HBO).

Meanwhile, Phil, compellingly quirky back when he was alone talking to balls and pooping in the swimming pool, has become an unlikeable asshole enslaved to his singleminded lust for Melissa. Forte is good at playing the blustering fool, but it helps when there’s a lovable core within. Lately, we haven’t seen much of the charisma and vulnerability that made us want to roam the remains of civilization with him (as it is, I'm kind of hoping one of those "Walking Dead" zombies shows up and teaches him a lesson).

Now we have a new character, Todd ("Enlisted"'s Mel Rodriguez), who shows up just as Phil is about to seal the deal with Melissa. As I mentioned, the show is at its best when it upends expectations, and the arrival of Todd provided the sort of moment of frisson that reminds us why we tune in. As the episode teased Todd's arrival with the occasional flash of sunglasses and gloved hands clenching the wheel of a race car, we expected some fearsome badass to show-up — which is not what happened. Rodriguez is an instantly hilarious casting choice — unlike January Jones, who is well-known and gorgeous, Rodriguez is basically unknown and quite average looking (except for his weight, which has been trotted out repeatedly as a tired punchline) and I love that the show led us to expect a villain or heartthrob or some sort of extreme personality, and gave us the exact opposite. Yet Todd so far, has been deployed in the most unexciting way: as an impediment to Phil's pursuit of his hot babe. Leave Todd out of this, show!

As I see it, there are a few paths the show could take here. Phil could keep pursuing Melissa, and becoming more and more of a shallow, unlikeable asshole — which is a route I certainly don’t want to see. More people could arrive — which could be cool, but also takes us further and further from the show’s initial concept and further into "Gilligan’s Island" territory, which isn't exactly fresh. Or, we could take the ingredients we have — Phil and Carol, Melissa and Todd — and use them to explore the ideas that made the show so interesting in the first place.

For me, the best parts of the show came in the first few episodes — how Phil, and later Carol, found ways to grapple with the psychological pressure of isolation, and to compensate creatively for the loss of the life they knew amid the visually striking world of post-apocalyptic Tucson. Likewise, these early episodes hit that rare sweet spot between pathos and humor — a mode that Forte excels in — to which we briefly returned last night, when he went to the bar to talk to his sports-ball friends. This is what sets "Last Man" apart from the average network sitcom, and it's the sort of difficult tonal tight-walk act that I hope the show can sustain.

As Jensen said in his review of the pilot, “if Team Forte can sustain the ingenuity, surprises, and craftsmanship, 'The Last Man on Earth,' a profoundly funny comedy about the least funny of things—loneliness—might live long and prosper.”  I still have hope that this could be the case. While four "last" people on earth certainly isn’t as lonely as one, it’s still lonely and scary and strange, and I want to see these actors grapple with their uniquely harsh existence in the show's quintessentially funny way. I want to see the creativity that Phil displayed in the pilot be put to use times four, as Phil and Carol and Melissa and Todd rebuild society in their own image. And I'd like them build a society that plays by its own rules, instead of recycling the sitcom tropes of the old world: the hot girl, the jealous guy, the nagging wife, etcetera. I like the emphasis on the female friendship between Carol and Melissa that we've seen inklings of so far — let’s play that up more! Let Forte play to his strengths by being a lovable oddball instead of a detestable asshole. Let's see our foursome engage in unconventional modes of coupling, in storylines that don’t purely revolve around sex (or men chasing after attractive women), and let them do stuff and make stuff, even if it's just going bowling with fish-tanks or setting up rudimentary irrigation systems.

It's risky -- particularly for a major network like Fox -- to throw out all the tried and tested sitcom mainstays, a risk that could easily fail. But risk was always part of the bargain here, and it's what I signed up for. If I don’t get it, I may be forced to tune out.