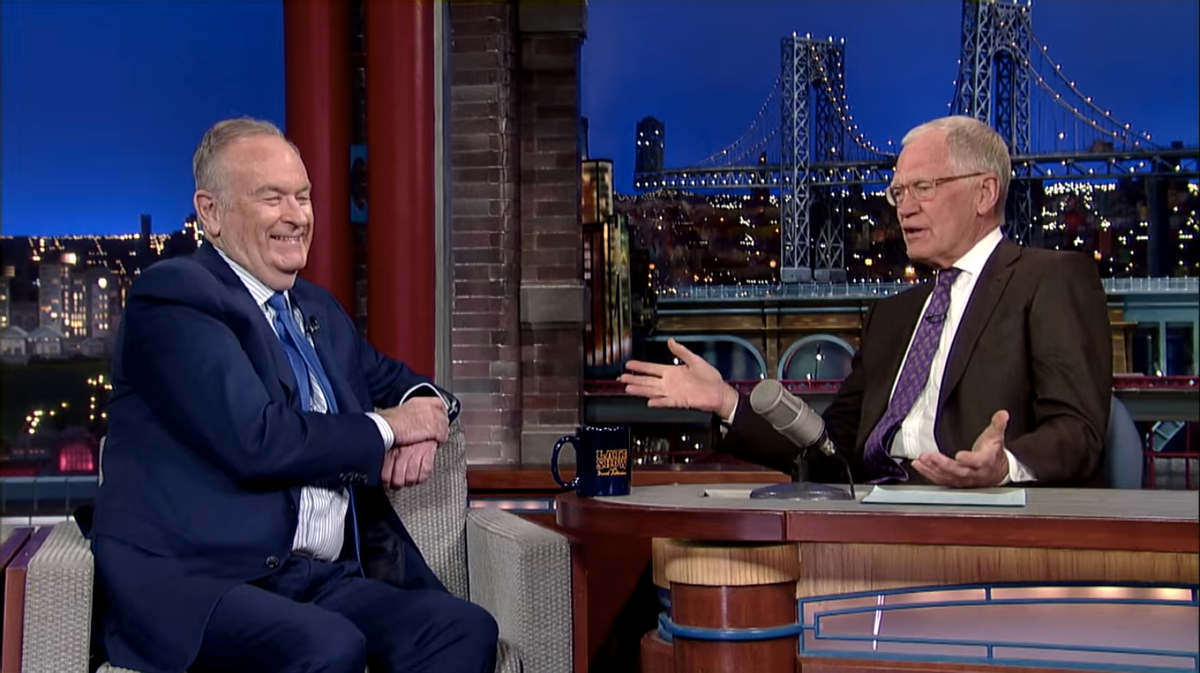 On Tuesday night, notorious prevaricator and Fox host Bill O'Reilly was a guest on "The Late Show" with David Letterman. On a new network in a different time slot, O'Reilly prevaricated again.

Letterman asked O'Reilly to compare his fabrications with those of Brian Williams -- what was the difference between two middle-aged white liars?

"Have you ever fibbed on the air?" Letterman asked.

"Fibbed? Not that I know of," replied O'Reilly, with the confused air of someone who is in fact fibbing. "What I do is analysis, different from what other people do. So I bloviate and give my opinion, as you well know. But it's not worth it for me to do that."

O'Reilly later said that his situation was different from Williams' because "I hit it immediately hard and said, 'Look, this is the facts, this is what happened."

"I'm in my 19th season now. Fifteen years at number one. Out ratings now are as high as they've ever been, so I think they do trust me and I'm glad they do."