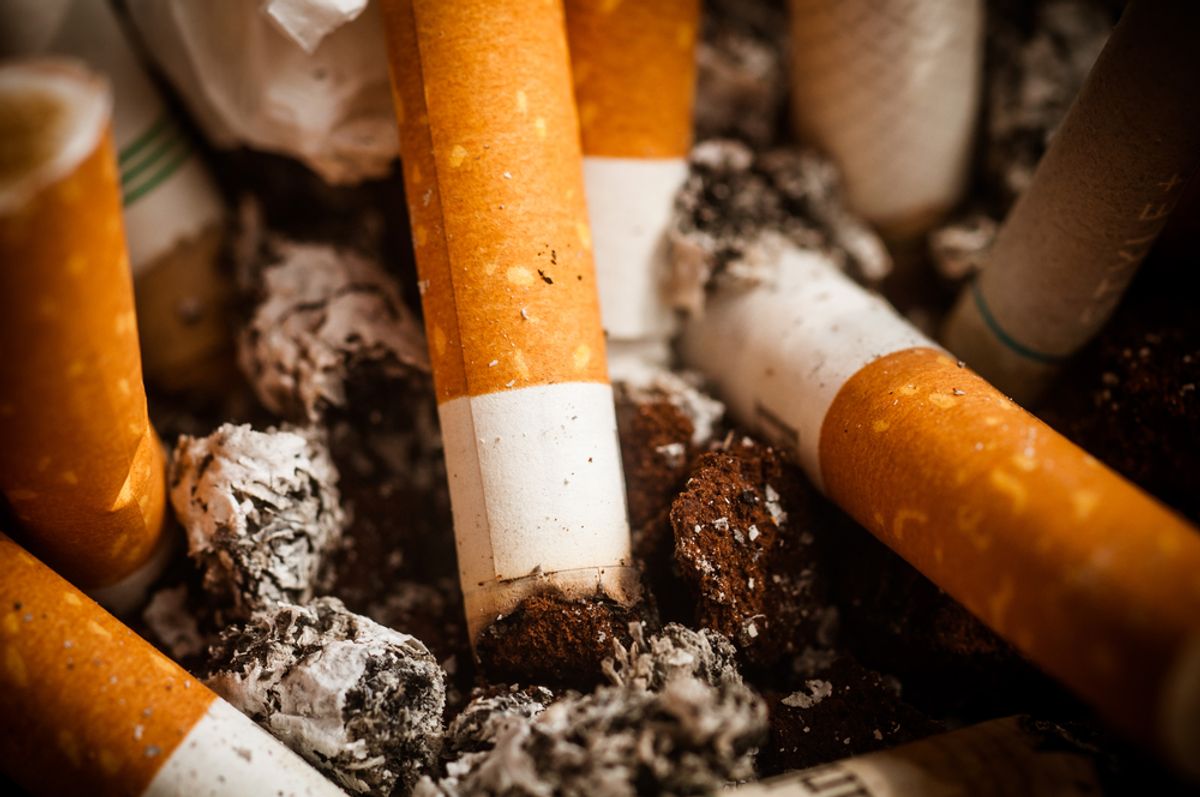 A new study published this week in the journal Circulation has found that children who had a parent who smoked cigarettes-- even when the children weren't in the room --were almost twice as likely to develop heart disease as an adult as children with nonsmoking parents.

Researchers tracked more than 1,500 Finnish children over 20 years. First collecting data between 1980 and 1983, measuring the level of cotinine in their blood. Cotinine is left behind in the blood after nicotine exposure. The researchers then followed up again in 2001 and 2007 to measure the level of carotid plaque in the now grown adults. Those children who had measured with higher levels of cotinine also had higher levels of carotid plaque, as an adult. A build-up of the plaque can lead to heart disease.

"This paper adds to the evidence base that exposure to secondhand smoke during childhood increases risk of heart disease," said Stanton Glantz of the University of California San Francisco's Center for Tobacco Control Research and Education.

According to a report from the Department of Health and Human Services, more children are exposed to secondhand smoke than are nonsmoking adults, with most of the exposure occurring at home. About 22 percent of all children under the age of 18 are exposed to smoke in the home.

In a statement, lead author Costan Magnussen of the Menzies Institute for Medical Research said that parents "may be able to reduce some of the potential long-term risk for their children by actively reducing their children's exposure to secondhand smoke."