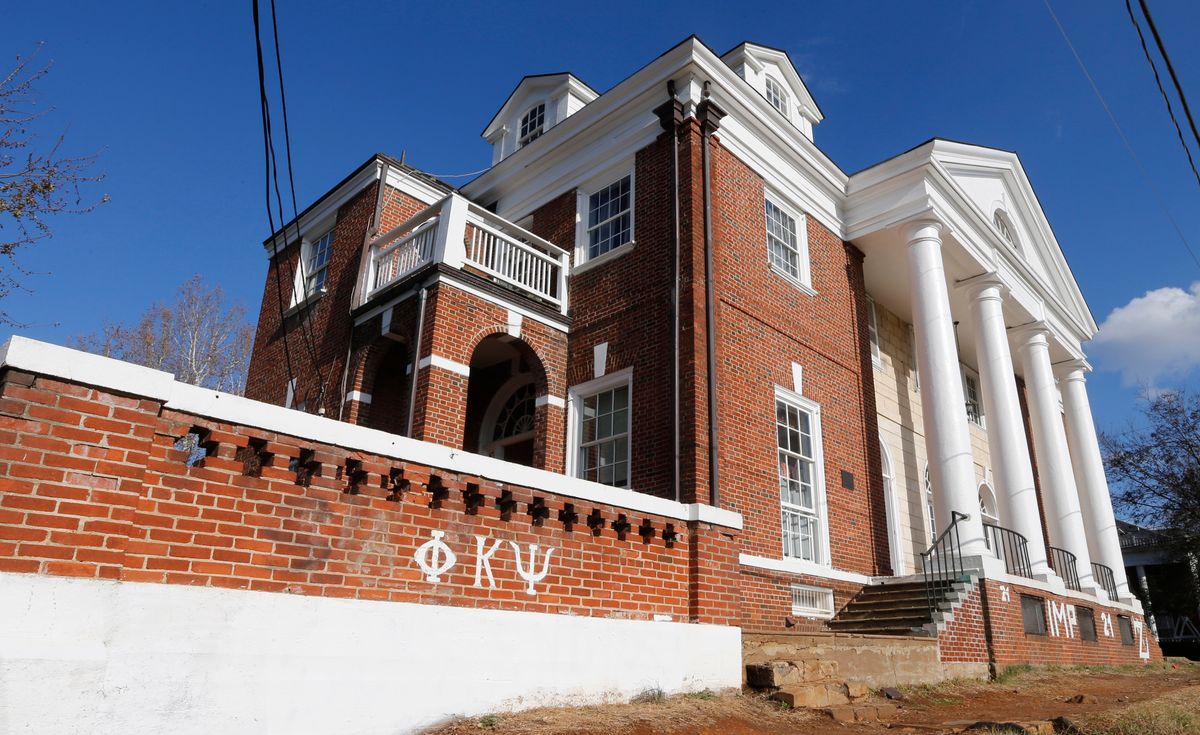 The political arm of the nation's fraternities and sororities (which is not, as you might have inferred, the majority of the U.S. Senate) plans to lobby Congress this spring to make it more difficult for colleges and universities to investigate sexual assault allegations.

The Fraternity and Sorority Political Action Committee, known as FratPAC, will organize scores of college students in Washington on April 29, in an effort to push Congress to adopt "a requirement that the criminal justice system resolve cases before universities look into them or hand down punishments," according to Bloomberg. FratPAC is also seeking to prevent schools from suspending all Greek organizations following an incident at a single fraternity, and is pushing to limit "any mandate" that would force chapters to go co-ed (such as the one instituted at Wesleyan University last year, for which it's currently being sued).

If there is a single thing the frat lobby has gotten right here, it's that colleges and universities too often bungle sexual assault investigations, relying on opaque policies that can leave accused students vulnerable and frequently leave rape victims bereft of justice. But, as Sen. Kirsten Gillibrand -- who has been pushing to enforce stricter rules for how schools investigate rape reports -- told Huffington Post, lobbying against campus investigations does little to address the problem.

"This proposal is completely backwards," Gillibrand said. "We should be making universities more accountable for providing a safe campus, not less. Waiting for long legal process to play itself out for those victims who pursue criminal charges while leaving potential serial rapists on campus in the interim would put public safety at risk."

But that's exactly what Greek organizations are pushing for. Huffington Post also obtained a recording of a February conference call between several fraternity interest groups, about what they hope to accomplish from amped up lobbying efforts:

During last month's conference call, leaders of national Greek organizations said lobbying efforts will escalate this year. Buddy Cote, chairman of the North-American Interfraternity Conference, said colleges should defer punishment of a student accused of sexual assault "until the completion of the criminal investigation and any subsequent trial." Victim advocates noted that could take years and may not happen until after the victim and offender graduate, if at all.

Fraternity lobbyists also discussed plans to work toward stopping colleges from imposing campus moratoriums on Greek life, like those put in place at Clemson University and West Virginia University after fraternity pledges died at each school. Kevin O'Neill, executive director of the Fraternity and Sorority Political Action Committee, or FratPAC, complained these sanctions were a "knee-jerk reaction" that punished innocent students' ability to freely associate.

So, basically: The frat lobby's effort lacks any consideration whatsoever for survivors of sexual assault (or even for their own members who are at risk of death!). While FratPAC isn't pushing to enforce mandatory reporting (which does not and will not work), one implication of its effort is that survivors would be required to involve law enforcement (and the criminal justice system) in order to receive any options for moving forward from their schools. And those options, as opponents of the frats' push highlighted for both HuffPost and Bloomberg, don't include criminal prosecution; usually, it means campus proceedings to determine whether the accused violated the school's student code of conduct.

Effectively forcing survivors to become entangled with a criminal justice system that has repeatedly proven itself to be inept at adjudicating sexual assault doesn't do much to repair the university policies that have proven equally inept at the same thing. Concerns about campus disciplinary proceedings not being "fair and transparent," as FratPAC executive director Kevin O'Neill has described them, might be warranted -- but they can be addressed in a way that actually includes a modicum of concern for sexual assault survivors. This is not that way.