"Hey society! F**k you!": "The Daily Show" is fed up with wage inequality 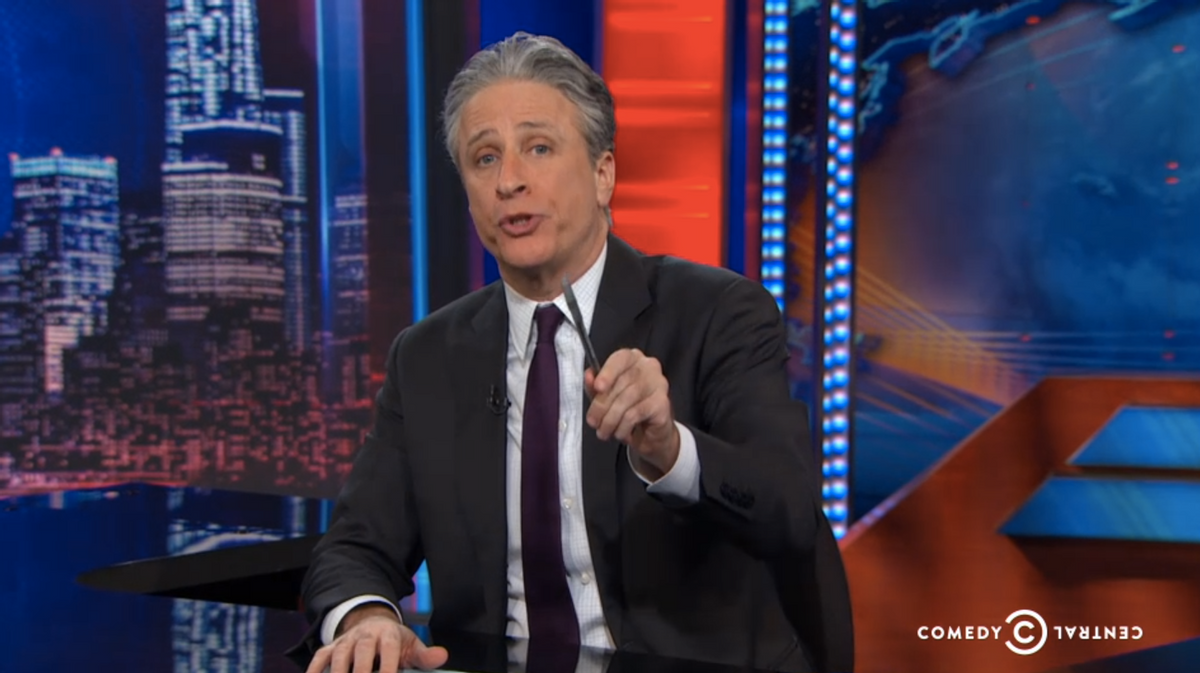 (The Daily Show With Jon Stewart)
--

In a study released by the Institute for Women’s Policy Research earlier this month, data predicted that -- at this rate, at least -- women won't have wage equality until 2058.

Schaal added that the problem is systemic (read: system-ICK!) and that before the year 2058 rolls around, mankind will already be flying around in cars, living on Mars -- and, yup, printing off human hearts.

"At this point, we'd be better off printing a 3-D penis, slapping it on the bank counter and saying "Hey society! F*ck you!" Schaal said.