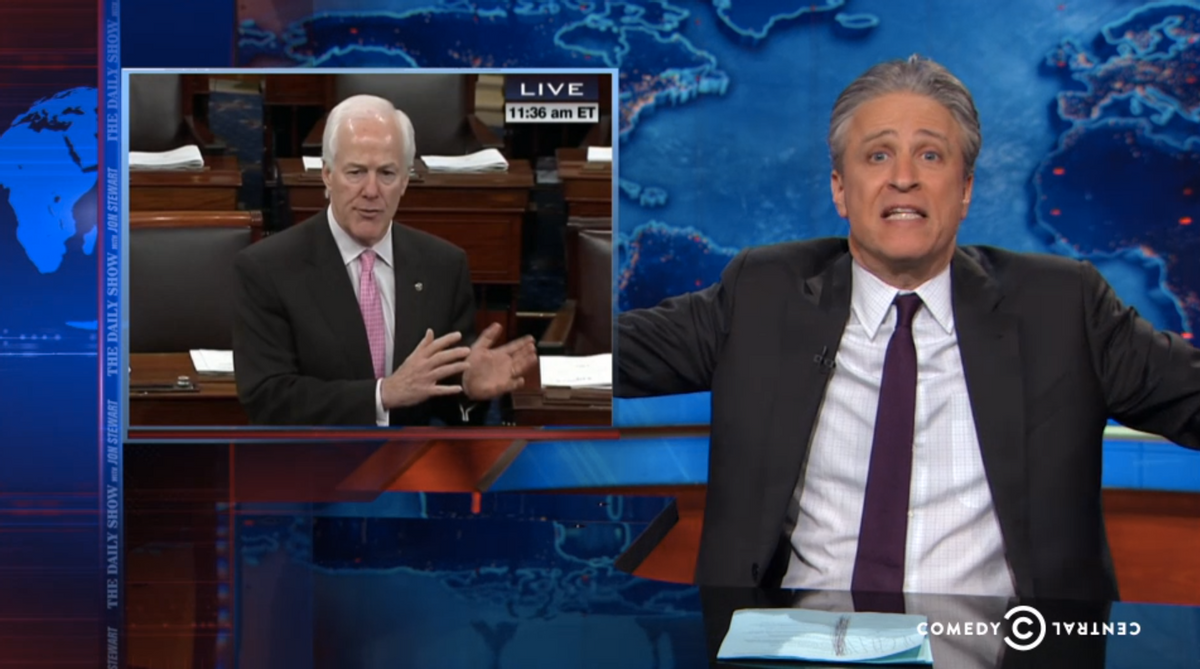 (The Daily Show With Jon Stewart)
--

The anti-sex trafficking fiasco was almost resolved this week, but ultimately "the forces of f**kery and dumbassery" (Republicans and Democrats, as Jon Stewart refers to them) just couldn't play nice. On Tuesday's "Daily Show," Stewart checked in on that mess-of-a-bill that Republicans snuck an anti-abortion measure into and Democrats didn't read.

There was a rare siting of legislative compromise, as Stewart points out, when Sen. John Cornyn (R-Texas) proposed that Dems essentially do nothing and allow the bill to be passed with the anti-abortion language but have it more closely adhere to federal rules.

Dems turned down the offer, ultimately. Instead, alleging racism on the delayed vote to push Loretta Lynch through, the first African American woman nominated to be Attorney General. Stewart calls up Jessica Williams to get a gauge on whether this is just straight-up trolling.