Megyn Kelly calls out Ted Cruz: "What have you actually accomplished?" 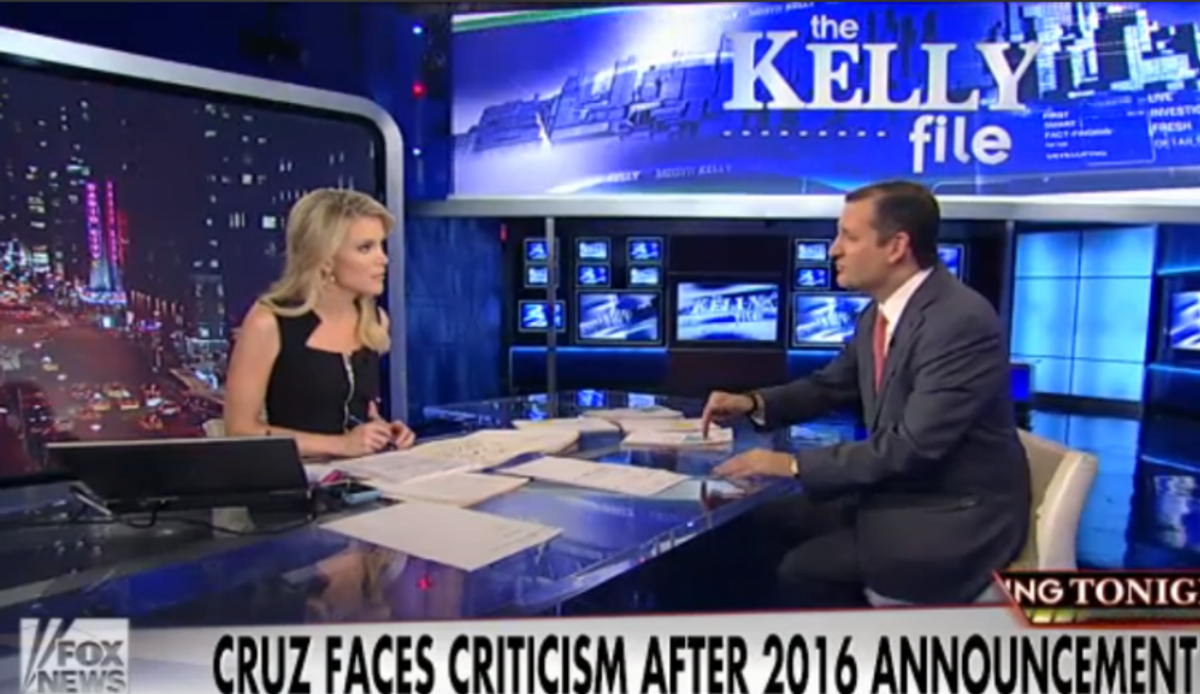 Last week, Megyn Kelly skewered Louisiana Gov. Bobby Jindal over his proposal to bar "radical" Muslims from immigrating to the U.S., taking the likely GOP presidential candidate to task for setting a potentially dangerous precedent. On Tuesday night, it was fellow 2016 hopeful Ted Cruz's turn to face tough questions from the Fox News host, who pressed the newly-declared candidate to identify any concrete accomplishments during his two-year Senate tenure.

While the interview was largely friendly in tone and offered Cruz ample opportunity to depict himself as a lone warrior against the politico-media establishment, Kelly didn't shy away from mentioning the rap on the Texan Tea Partyer -- namely, that he's a grandstander interested more in political and rhetorical bombast than in the business of actually governing.

After Cruz touted his crusades against health care reform, President Obama's executive actions on immigration, and the international negotiations on Iran's nuclear program, Kelly inquired, "On your time in the Senate — this is what some of your critics point to — they say, yes you led the fight on certain issues, but what have you actually accomplished?"

Cruz retorted by highlighting yet another instance of his intransigence, boasting that he had helped block gun safety reforms following the 2012 massacre at Sandy Hook Elementary School in Connecticut. He did identify one actual accomplishment, however, noting that he had filed legislation banning "known terrorists" from entering the U.S., and that both chambers of Congress unanimously agreed that terrorists on American soil is a Bad Thing.

No word yet on when Cruz plans to introduce a measure in favor of mom, baseball, and apple pie.