SCOTUS rules pregnant women can be protected from workplace discrimination 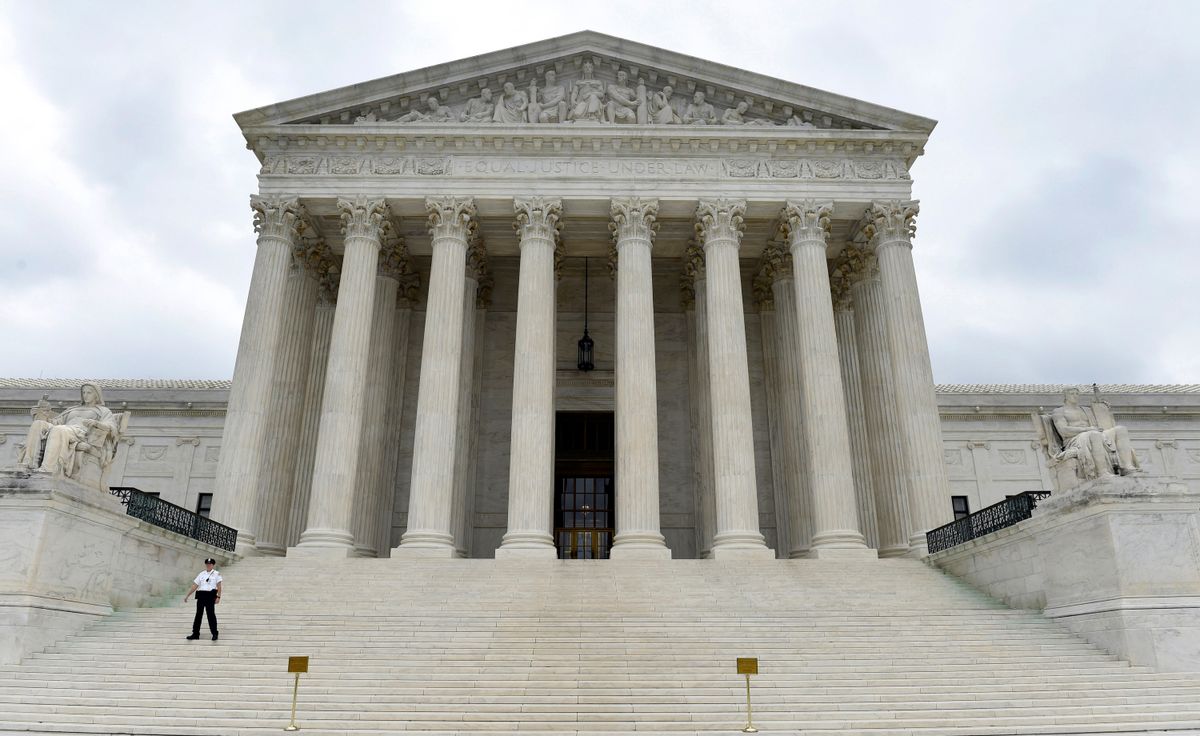 FILE - In this Oct. 3, 2014 file photo, the Supreme Court is seen in Washington. The partisan divide over same-sex marriage among top elected officials remains stark, with Democrats overwhelmingly on record in favor and Republicans mostly silent so far. (AP Photo/Susan Walsh, File) (AP)
--

The Supreme Court made an important move for worker's rights on Wednesday, ruling that a pregnant worker could be protected from workplace discrimination by reviving the case of a former UPS worker who sued her employer.

In a 6-3 decision, the court ruled that Peggy Young, previously a UPS driver, will have another chance to litigate her case against the parcel service. Young's case centers on whether the company should have granted her request for temporary light-duty when she became pregnant in 2006, which it refused despite offering other temporary assignments for workers recovering from other injuries. Via Reuters:

Writing on behalf of the majority, Justice Stephen Breyer said that the lower court is required to determine if the employer had "legitimate, nondiscriminatory, nonpretextual justification" for treating employees differently.

Breyer said there is a "genuine dispute as to whether UPS provided more favorable treatment to at least some employees whose situation cannot reasonably be distinguished from Young's."

The ruling is SCOTUS' first on pregnant workers' rights since 1991.