Scientists ID a new culprit in the rise of antibiotic-resistant superbugs: Pesticides 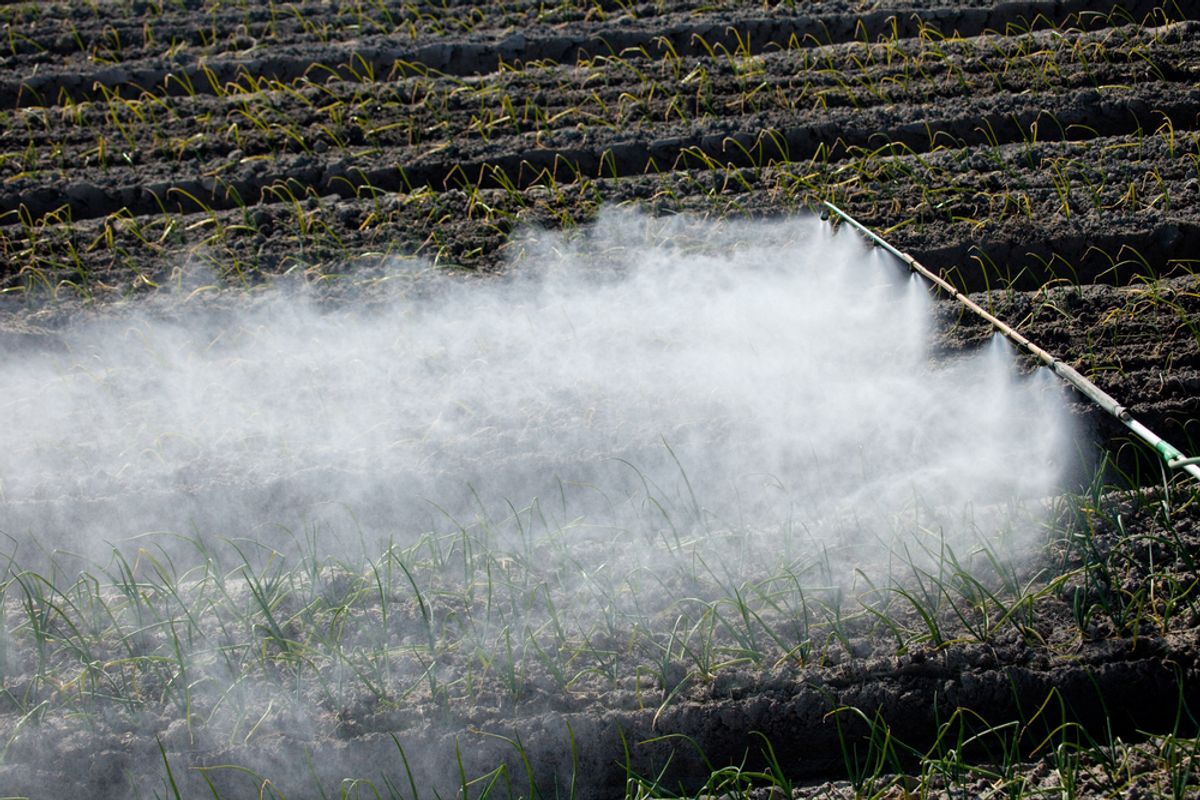 As experts warn of the urgent need for solutions to growing crisis of antibiotic resistance, scientists may have found a brand-new culprit contributing to their rise.

And once again, they're shining a spotlight on industrial agriculture.

A study published this week in the journal of the American Society for Microbiology finds that exposure to commonly used pesticides -- the herbicides Dicamba, 2,4-D, and glyphosate -- may affect the way that bacteria reacts to antibiotics, in a way that leads to increased resistance. It's the first, Civil Eats reports, to make this connection -- typically, pesticides are tested for their potential to kill organisms. But it's pesticides' sub-lethal effects that, in this case, appear to be causing the problem: exposure to the chemicals wasn't enough to kill the e. coli and salmonella bacteria used in the study, but it was enough to make them activate proteins, as a defense mechanism -- one which could ultimately make them stronger.

The effect, said lead author Jack Heinemann, who's a professor of genetics at the University of Canterbury in New Zealand, is similar to that of the overuse of antibiotics by humans, which also decreases their effectiveness.

The misuse and overuse of antibiotics in medicine remains a driving factor in the development of antibiotic-resistant superbugs, of course, but increasingly, attention is being paid to other pathways by which resistance may be emerging. A major one -- and one that 93 percent of medical professionals, in a recent poll, said they're concerned about -- is the routine use of antibiotics on factory farms. Eighty percent of the antibiotics sold in the U.S., after all, including 70 percent of those that are important to human medicine, go to livestock. The degree to which the meat industry is contributing to the overall problem is still unclear, but one thing we do know is that it's expected to get worse: a study out just last week estimated that global antibiotic use on livestock could increase by as much as 67 percent over the next 15 years.

These new findings are but the latest twist in understanding the role Big Agriculture is playing in the antibiotic crisis, and the authors write that it highlights our need to "broaden...our view of environmental contributors to the evolution of resistance." The pesticides in question, Heinemann points out to Civil Eats, are near-ubiquitous. For example glyphosate, which is manuactured by Monsanto, is used on 94 and 89 percent of the United States' soybean and corn crops, respectively. As with the use of antibiotics for meat production, their use is only expected to increase as new seeds that are genetically engineered to resist herbicides are introduced.

The phenomenon is probably focused on people who are directly exposed to them, like farmworkers, the authors say. Honeybees, they speculate, may also be adversely effected, because commercial hives are often treated with antibiotics. It's another instance in which the full impact remains to be understood -- the researchers aren't even sure, at this point, whether it's the active ingredient in the herbicides that is causing the problem. But at this point, Heinemann told the Guardian, “the countries that are growing GM crops at scale may wish to include these unanticipated effects on microbes in their evaluations.”

"This increasingly chemically potent world necessitates a rethinking of how we measure and regulate exposures to common products," the study reads, lest we underestimate their role in the emergence of superbugs.