A clinical psychologist tells Salon about public humiliation, remorse and the possibility of redemption 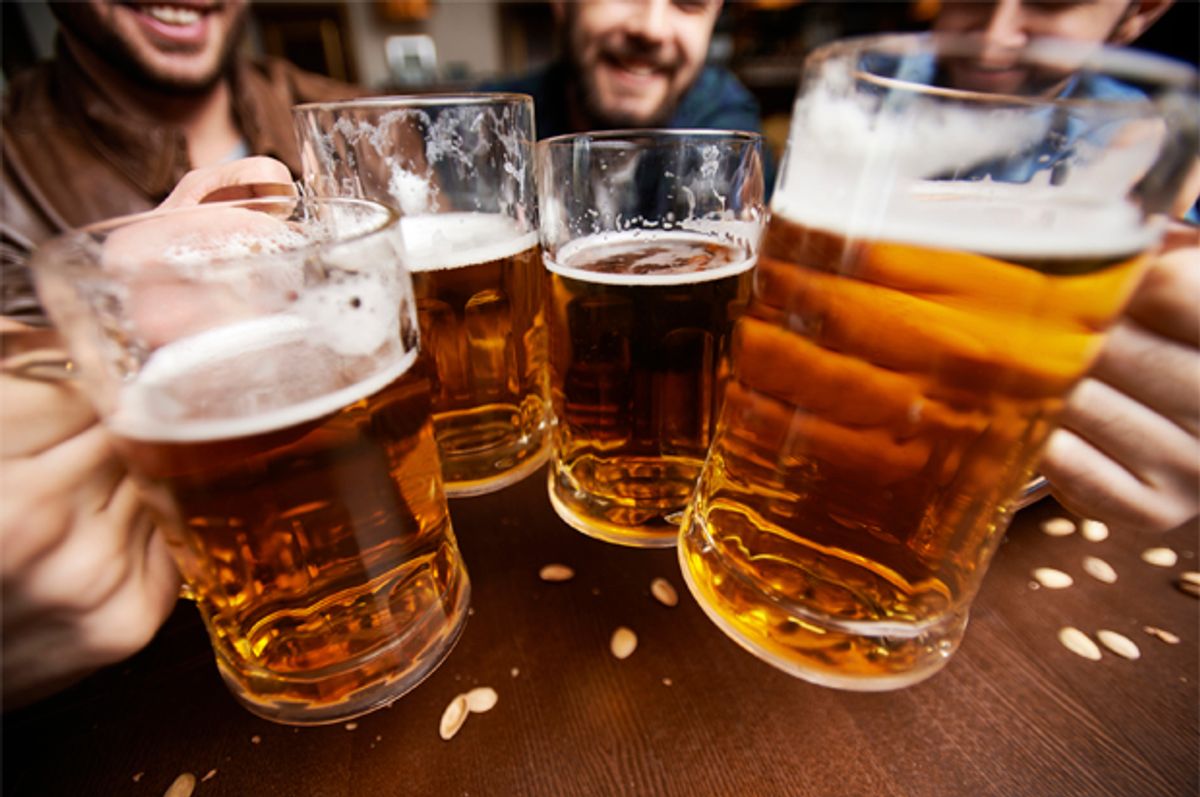 After the police investigation was announced last week, Philadelphia magazine ran an interview with a member of the fraternity who said he hoped no one would get in trouble over the photos because "nobody did anything worth getting in trouble over."

Later in the same interview, he defended the Facebook page as satire:

It was a satirical group. It wasn't malicious whatsoever. It wasn't intended to hurt anyone. It wasn't intended to demean anyone. It was an entirely satirical group and it was funny to some extent. Some of the stuff, yeah, it's raunchy stuff, as you would expect from a bunch of college-aged guys. But, I mean, you could go on any one of hundreds and thousands of different sites to access the same kind of stuff and obviously a lot worse and a lot more explicit.

It's a defense some might call shameless, which is why I reached out to June Tangney, a professor of psychology at George Mason University who studies shame, guilt and behavior. We talked about Kappa Delta Rho, the difference between shame and guilt and what that distinction might mean for changing behavior and even redemption. Our conversation has been condensed and lightly edited for clarity.

One of the things that most interested me about what happened at Penn State with Kappa Delta Rho was the awareness members had of other fraternities getting caught and shamed for similar behavior. One of the men involved even joked about being on CNN if they were caught, but it didn’t actually deter anyone. Can the risk of public shame change us? What about the shame we experience firsthand?

In terms of whether this kind of public shaming deters others from doing the same thing, we don't know. There has been no systematic research on that. There was a whole spate of shaming sentences back in the '90s, where judges were sentencing people to wear signs and walk up and down the street, stuff like that, but no one's studied the effects of those kinds of sentences in reducing crime. There's no evidence either way; it just hasn't been studied.

Now, what happens when somebody actually has transgressed and then is shamed? We do know a lot more about that. The bottom line is that shaming people doesn't seem to push them in the direction of making reparations, of taking responsibility, of recognizing the harm they've done, and of wanting to make repairs. Feelings of guilt do that, but not shame.

What is the difference between guilt and shame?

People use the terms often interchangeably; more often than not, we talk about guilt when we mean guilt or shame. When people feel guilt, they feel bad about what they did -- I did a bad thing. When people feel shame, they feel bad about themselves -- I'm a bad person for having done that. Shame is about me and the kind of person I am, and guilt is about my behavior and what I did. When people focus on a behavior, they tend to be more inclined to think about how that behavior hurt the other person and they're less likely to get all defensive about being a bad person.

Are there factors that make us prone to one response or the other?

Actually, sometimes it’s both. If you feel both, you may as well not feel guilt because shame kind of takes over. Feeling shame seems to be a very strong emotion that is more likely to make people defensive as opposed to move them in a constructive, reparative direction.

What can you tell me about shame and college students?

We've done two different kinds of studies: one asking about what kinds of things cause people to feel shame. They generally tend to be about hurting other people; lying, cheating, stealing, and so forth. That's true of both shame and guilt. People also feel ashamed about sex in a way they don't feel guilt about, necessarily. Most of our studies have focused on the degree to which people feel shame on a day-to-day basis for relatively minor things; do they feel shame or do they feel guilt. Our measure of how prone people are to shame versus guilt presents people with 15 different situations -- imagine you're driving down the road and you hit a small animal -- and then we have shame responses and guilt responses and blaming-the-cat responses.

What we've found is that people do generally tend to report a lot of shame on a day-to-day basis tend to be less empathic, they tend to manage their anger in a more unconstructive way, they're less motivated to try to repair and to make amends. Guilt, on the other hand, is more associated with taking responsibility and focusing on the other person, not on yourself; essentially, on making repairs.

It sounds like guilt is more about I did a wrong thing, which is contained to the action itself. But a shame response might feel like an indictment of your whole person.

Right. Part of the problem is that when you feel shame, it really is like being between a rock and a hard place. it's hard to change the self; it's a lot easier to change a bad behavior than a bad self. That being said, I've been doing research for 30 years and my story has been guilt is good, shame is bad, but there are also these really extraordinary moments in life where it's not just a bad behavior and maybe you really do need to do some hard looking at the self.

I think there may be times when shame is appropriate, and sometimes people can make use of it. The trick is to not get defensive, and that is so hard. One of the things I've gotten really interested in is the idea of mindfulness, this willingness and acceptance of negative emotions and being able to sit there with a feeling of shame and think about what kind of fundamental changes I might need to make in myself. It's hard to get to that place, so I think the big question right now is what allows people to do that.

The members of Kappa Delta Rho traded photos of nude, unconscious women. That’s an action, but it’s an action that only becomes permissible if you believe on some level that women’s bodies are a kind of commodity. It requires a real level of dehumanization. In that case, maybe a shame response could trigger those fundamental questions. Like, Why did I think this was OK? Why did I think this was funny?

One of the frat members said it was a satirical group that wasn't meant to hurt or demean anyone -- just such denial.

What's your perspective on that?

It's defensive and it's not understanding how it's harmful to people in general and women in particular. My sense is that by shaming them, they're less likely to quite get that. It's hard to know; maybe it's possible for them to feel shame and then really do some serious soul-searching, but that's not what I'm hearing in this quote at all.

I’m really interested in the question of how people can make amends and change themselves after they’ve done another person real harm, and I know your work is also involved with restorative justice.

Right, which is so much more about guilt than about shame.

Does that inform your perspective on what is possible in a case like this? There is a pattern in most of these fraternity incidents of contempt for women, of sexual aggression treated like a social adhesive. I think a public shame response in these situations serves a social function, but is that going to change the guy who thinks sharing non-consensual nude photos is a great joke?

That's one of the nice things about the restorative justice approach; it can be implemented in so many different ways but I think one of the common themes is that there's a roadmap towards redemption that involves accepting responsibility and making reparations. I was talking to somebody who works for the World Bank and we were talking about the fact that it's one thing to punish and punish and punish, but if you don't have a clear roadmap to make it right people are going to be less likely to do that.

Do you think there are systems and institutional structures that can create that roadmap?

I think many universities now are struggling with that and looking for ways to do prevention by raising awareness and having educational campaigns that really try to raise people's consciousness so that you don't have this dehumanization and so forth.

Does shame have a place in pushing those men to understand what was harmful about their actions and what is dehumanizing about how they view women?

Which brings us back to the original question, which is whether or not shame is a deterrent. I don't know. One of the more general findings of psychology is that human beings are really bad at forecasting their own emotions; we tend to exaggerate. I've always thought that because of all the defensiveness around shame and the fact that people don't experience it as fully as they might not experience other emotions like anger or happiness or sadness, that we're particularly bad at forecasting shame. That brings us back to the idea that while other people have been shamed, somehow that doesn't connect to me and my behavior and my personal shame. These guys are on Reddit all the time and they see this stuff, right? It's not new.

Exactly! There is a real awareness of the public shame cycle that will kick in if they're caught, and yet it's not a deterrent! It doesn't seem that it has any real effect.

We just can't say, but it definitely doesn't seem to.