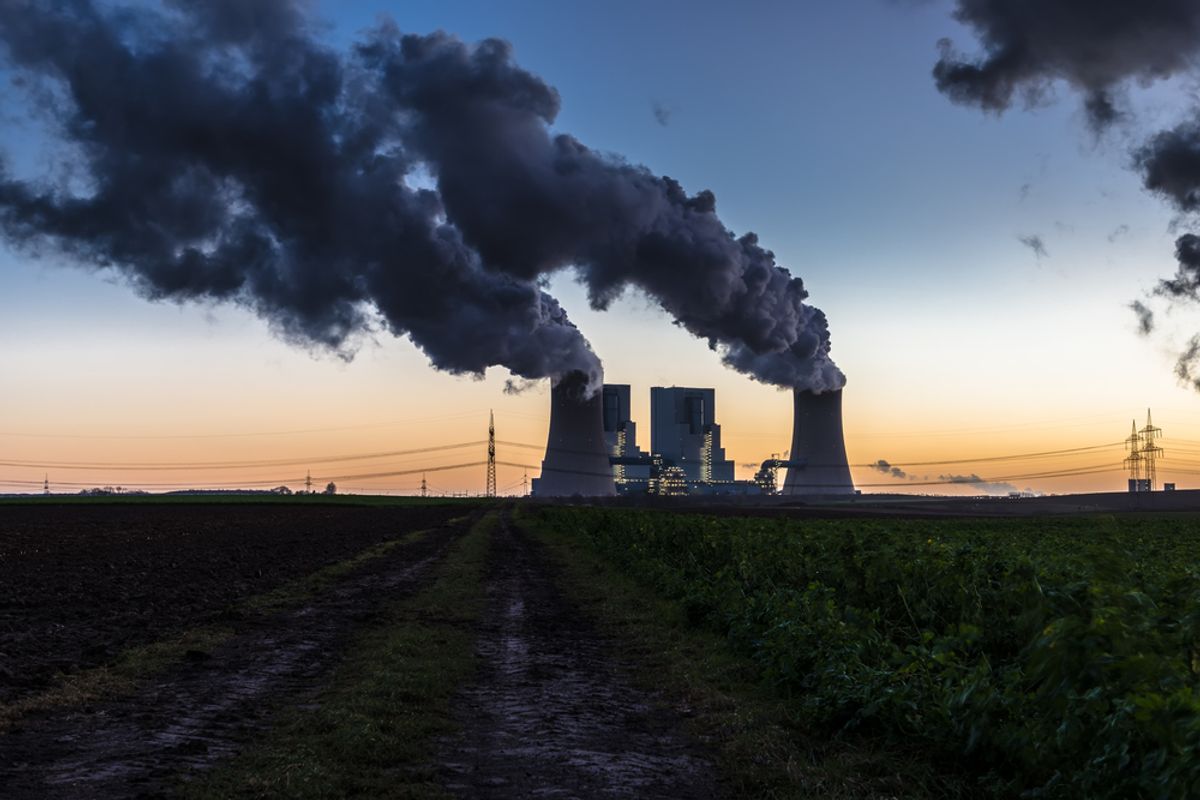 Was it "appropriate and necessary" for the EPA to order coal-fired power plants to adopt technology to reduce their emissions of mercury -- a heavy metal that accumulates in our seafood -- thereby preventing an estimated 11,000 premature deaths each year?

That's the question that was up before the Supreme Court Wednesday. The argument brought by coal industry groups and 21 mostly Republican-lead states is that the EPA didn't properly consider the rule's cost before introducing it in 2012. Adopting the technology needed to comply with the regulations, the industry says, will cost $9.6 billion to implement, while only bringing $4 to $6 million in benefits: a low-ball estimate based on the effects of prenatal mercury exposure on I.Q., and nothing else.

The EPA maintains that it had to consider the health and environmental benefits of its rule before anything else, and could look at costs later on in the process. Along those lines, it found that the regulations would annually prevent an estimated 130,000 asthma attacks, 5,700 hospital and emergency room visits and 540,000 sick days -- saving up to $90 billion a year in health benefits alone.

The United States Court of Appeals for the District of Columbia Circuit ruled 2-1, last year, in the EPA's favor. “For E.P.A. to focus its ‘appropriate and necessary’ determination on factors relating to public health hazards, and not industry’s objections that emission controls are costly, properly puts the horse before the cart,” wrote Judge Judith W. Rogers for the majority. Yet the Supreme Court decided to take up the case, looking specifically at “whether the Environmental Protection Agency unreasonably refused to consider costs in determining whether it is appropriate to regulate hazardous air pollutants emitted by electrical utilities.”

And while the decision won't be out for some time, early indications suggest it could go either way.

"Each time the Environmental Protection Agency is before the Supreme Court these days, it gets a reminder that it is not likely to get the benefit of a doubt that it used its regulatory powers entirely legally," Lyle Denniston wrote in an analysis of the oral arguments for SCOTUSBlog. And it seemed, he continued, "that any gaps in the record it makes may count heavily against it; good intentions, if it had them, won’t count."

The agency’s decision to regulate the emissions of mercury and other poisonous chemicals from the stacks of electricity-generating power plants that burn coal came out of the argument with clear support from only three Justices and possibly a fourth, offset by clear opposition from two and probably three others. That put into play the votes of Chief Justice John G. Roberts, Jr., and Justice Anthony M. Kennedy.

As the hearing unfolded, the Chief Justice got involved slowly but, after he joined in, went from somewhat skeptical to openly critical of whether EPA had justified its approach to those utility plants. Justice Kennedy started out seeming to want to believe that EPA had put itself on solid legal ground, but he, too, grew more hesitant about that as the argument progressed. If both wind up dissatisfied, EPA at least may have to reconsider, and might lose altogether.

Good intentions, then, not to mention the 30-year precedent of deferring to a government agency's interpretation of any statute it's administering, may not be enough to protect us all from harmful emissions.