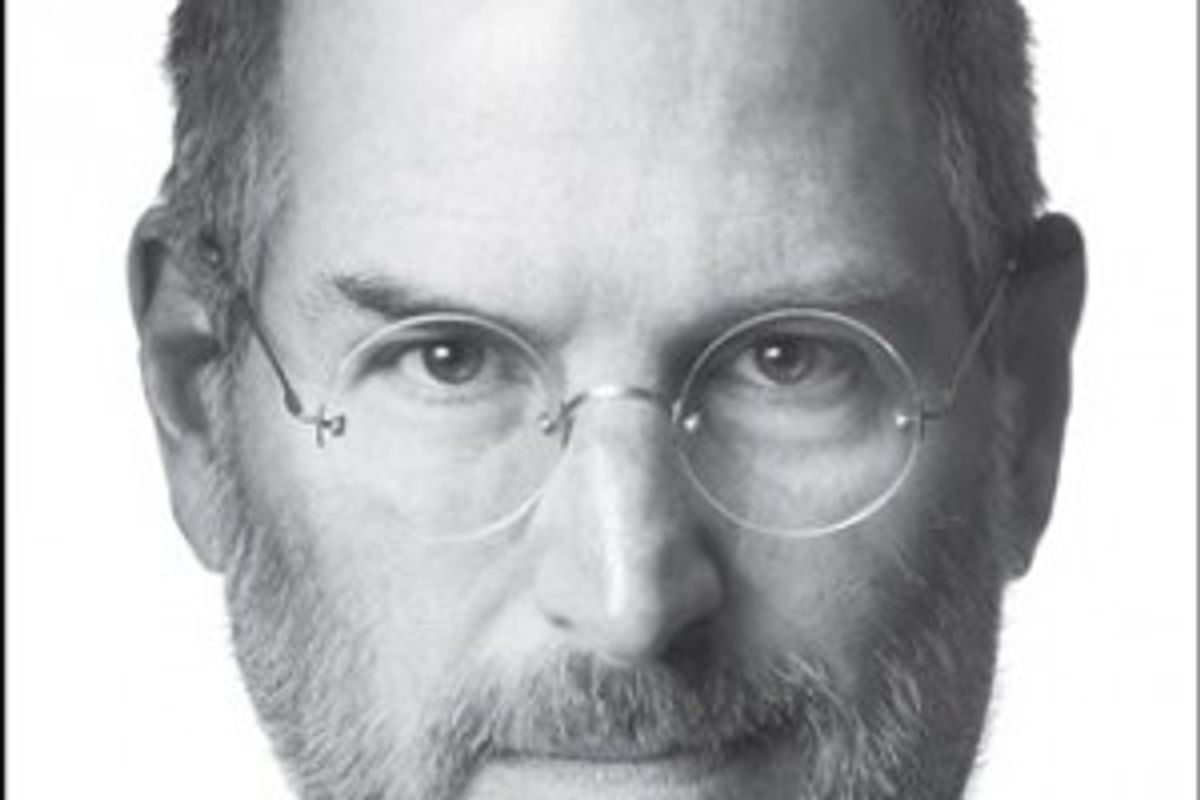 I hate to break it to you, Apple executives, but you do not own the story of Steve Jobs. Even Steve Jobs didn’t own it, because there is no singular, definitive story of Steve Jobs, or anyone else. Rather, there are multiple stories, and in his case, deeply polarized takes on his managerial style, interpersonal relationships and approach to life and business.

Yet to hear Apple brass tell it, Walter Issacson’s bestselling biography "Steve Jobs," authorized by Jobs himself, was essentially false, while the new biography "Becoming Steve Jobs: The Revolution of a Reckless Upstart into a Visionary Leader" by Brent Schlender and Rick Tetzeli, is, instead, the gospel truth. As The New York Times put it in its review, the new book’s “main point” is “that Steve Jobs has been misrepresented.” Put another way by Steven Levy at Medium, “the complaint is that Isaacson over-emphasized Jobs’s unattractive qualities and failed to present a rounded picture that corresponded with the reality of those closest to him.” Yet any memoirist, reporter or thinking person can tell you that when it comes to both memory and personality, “true” and “false” are not so black and white.

Most of us contain, somewhere within us, virtuous qualities, and those far less so. Some people manage to hide their less virtuous qualities better than others, but that doesn’t mean their darker natures don’t exist. But when it comes to Jobs, it seems that Apple CEO Tim Cook would prefer there only to be a singular story of Jobs as selfless hero, the kind who refused Cook’s offer of a liver transplant, rather than Jobs, flawed person, just like the rest of us. It’s telling to me that Cook told Schlender and Tetzeli (as quoted in Wired) of Isaacson’s book, “You get the feeling that he’s a greedy, selfish egomaniac. It didn’t capture the person,” without acknowledging that Cook knew some, but not all, aspects of Job as a person. Maybe, just maybe, there were some who found Jobs greedy and selfish, and some who did not. That hardly seems like a revolutionary notion. Surprisingly, when “It didn’t capture the person” was quoted in The New York Times, the article’s authors, Brian X. Chen and Alexandra Alter, failed to mention the deeply personal 2013 memoir "The Bite in the Apple: A Memoir of My Life" with Steve Jobs by Chrisann Brennan, Jobs’ former girlfriend and mother of his daughter, Lisa.

The Times may have ignored Jobs’ initial denial of paternity of Lisa, but Schendler and Tetzeli note in their book, “When people debate whether Steve was a ‘good’ or ‘bad’ man, this is the strongest indictment against him.” They, at least, acknowledge that to call someone a “good” or “bad” person is to form an opinion. Not so, Cook, who told Schlender and Tetzeli, as quoted in Fast Company, "He cared deeply about things. Yes, he was very passionate about things, and he wanted things to be perfect. And that was what was great about him. A lot of people mistook that passion for arrogance. He wasn’t a saint. I’m not saying that. None of us are. But it’s emphatically untrue that he wasn’t a great human being, and that is totally not understood." What Cook misses is that being a “great human being” is not something that can ever be true or untrue. Moreover, it’s exceedingly possible that Jobs was both a passionate perfectionist and someone who on more than one occasion was not what most of us would call a “nice person.” It doesn’t negate his business legacy to admit that he had qualities that were far from admirable, and by extension, those who were mistreated by him have also managed to laud him. When I reviewed Brennan’s book, what struck me most weren’t the anecdotes about Jobs’ appallingly callous behavior, but instead, her descriptions of his unique approaches to everyday tasks, such as “Completely engaged, he strained to collect and calculate, peering into the TV as if he was trying to see around doorways and through walls. To this day, I have never seen anyone watch TV as he did.”

Interestingly, another pop culture take on Jobs is also drawing criticism for its heavy-handedness. Writing for The Daily Beast, Marlow Stern called Alex Gibney’s upcoming documentary "Steve Jobs: Man in the Machine," “a viciously one-sided examination of a remarkably complex individual” before adding, “If you want the full picture, read the book.” That book? Isaacson’s. But what’s wrong with one-sided? Why is that an epithet, especially for a documentary that’s not attempting to be the definitive story?

I’m not obtuse enough that I don’t understand why Cook would make these claims, or why Apple design chief Jonathan Ive would tell The New Yorker “My regard couldn’t be any lower” for Isaacson’s book. They are, of course, entitled to their opinions, as any reader is, whether they knew Jobs personally or not. As far as I can tell, facts are not being disputed by Apple, but rather the order in which they are told and arranged, the context and subtext for them. No reader should expect “the whole truth” from any work of nonfiction, be it memoir, biography or history because (gasp!) there is no such thing as a singular, definitive truth about anyone. Readers should be able to draw their own conclusions, and hopefully Apple’s top brass will recognize that Jobs was, after all, fallible and multi-faceted. In other words, a “human being.” Whether he was “great” or not is up to you to decide. Having multiple, well-researched books on the topic of Jobs should serve as a boon to Apple followers, rather than the pick-a-side book battle it’s become.