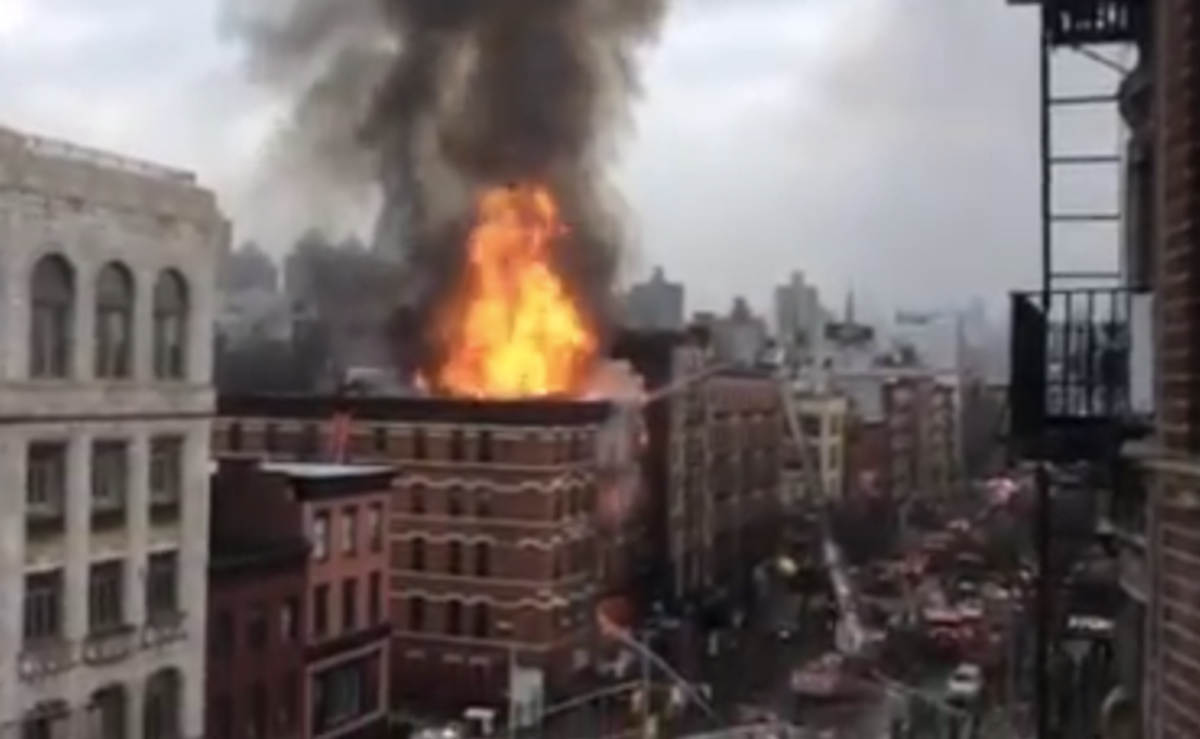 NEW YORK (AP) — Firefighters say a building on fire in New York City has collapsed and at least one person has been critically injured.

Orange flames and black smoke are billowing from the facade and roof of the five-story building in Manhattan, near New York University and the Washington Square Park area.

There are some reports of an explosion before the fire. The area is being evacuated.

The Fire Department of New York says other people are being evaluated at the scene.