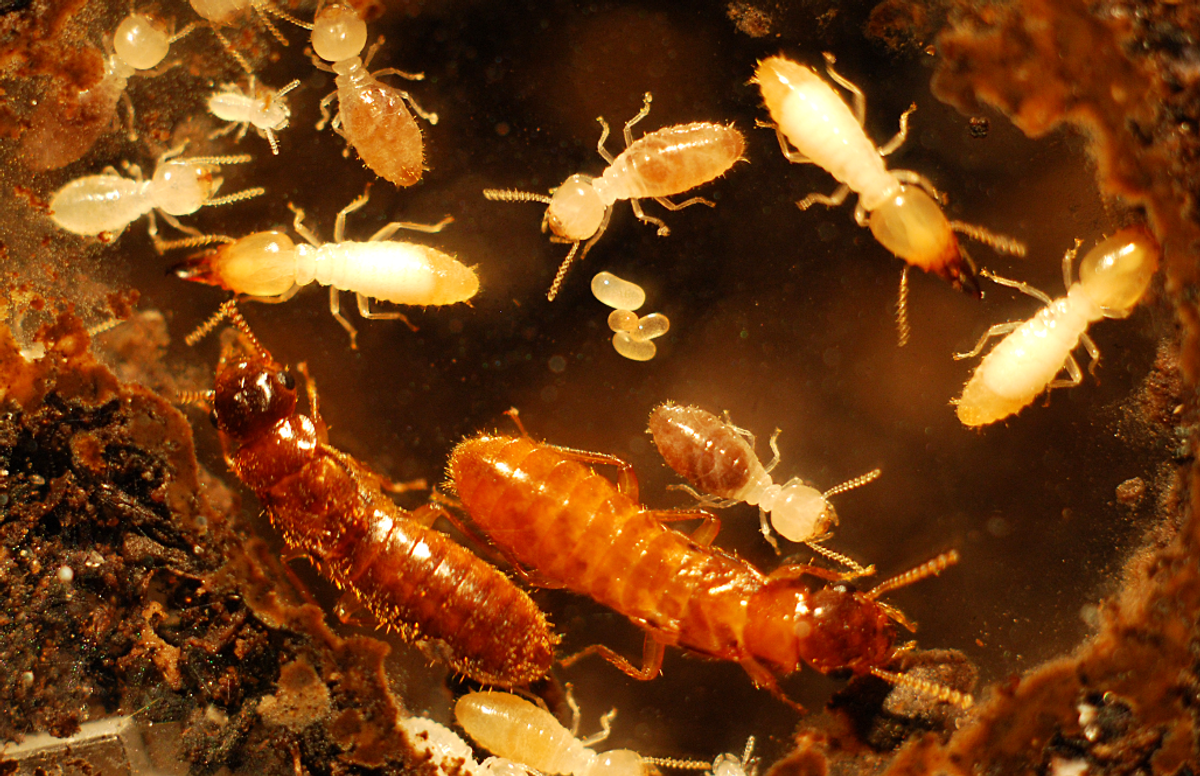 The Male Asian termite, female Formosan termite and their hybrid offspring (PLoS ONE)
--

Oh man guys, buckle up: two of Florida's most destructive invasive termite species are interbreeding, and their offspring is a new, hybrid species of "super termite" that's even worse than its parents.

In the latest indication that climate change is going to affect us in strange and horrible ways, University of Florida entomologists have documented how unusual weather patterns appear to be causing the swarming seasons of the two species -- the Asian and Formosan termites -- to overlap for the first time, giving them an opportunity to meet and mate. (In fact, they say, male Asian termites seem to prefer Formosan females over their own species, further increasing the rate at which this is happening.)

Their study, published in the journal PLoS ONE, documents how this phenomenon is facilitating the development of brand-new hybrid colonies, capable of developing twice as fast as their parent species. The scientists aren't sure yet whether the super termite itself can reproduce, which would bring even more problems -- like the potential for the new species to itself invade other areas beyond Florida. But they're worried either way.

“Because a termite colony can live up to 20 years with millions of individuals, the damaging potential of a hybrid colony remains a serious threat to homeowners even if the hybrid colony does not produce fertile winged termites,” author Nan-Yao Su explained in a statement. Or, as the study puts it, "a kick from a mule is as good as a kick from a donkey."

And it may be a harsh kick indeed. Asian and Formosan termites already cost as much as $40 billion in damage each year, globally. And that's nothing, the authors say, compared to what's coming for Florida: they predict Florida will experience "dramatically increased damage to structures in the near future.”

The two termite species have always been capable of mating -- again, it appears to be a shift in climate that's gotten them actually doing it. Specifically, the authors points to the unusually warm winters of 2013 and 2014,to explain the wide overlap in their swarming seasons. If this sort of thing continues, as predicted, with climate change, they warn that the interbreeding could become a common occurrence.

"Right now, we barely see the tip of the iceberg,” Su said in a statement. “But we know it’s a big one."