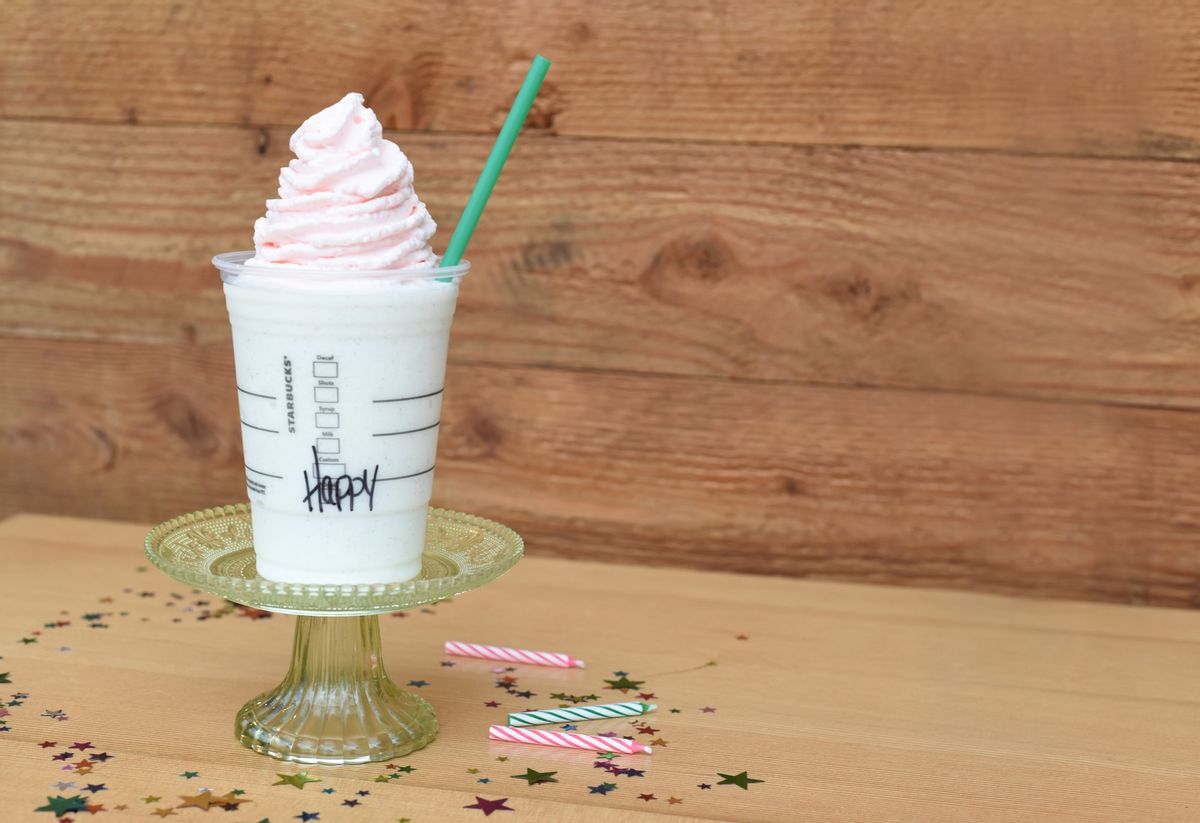 To celebrate the 20th birthday of the Frappuccino, the glorified milkshake that I was allowed to drink multiple times a week growing up, Starbucks has released a birthday-cake-flavored beverage for a limited five day engagement. (According to Eater, the flavor isn't technically new; it's just a vanilla bean Frap with hazelnut syrup and pink raspberry-flavored whipped cream on top.)

While Starbucks' Birthday Cake Frap isn't unnatural, per se, it did get us thinking about all the horrible combinations that other "creative" culinary minds have brought us. Here are some of the worst:

Pepsi only released this flavor in Japan-- it tastes like fizzy strawberry milk. Everybody needs to relax.

This bizarro beer flavor "started with a surplus of tomatoes, a bag of garlic & an idea that started early in the spring when we planted our garden herbs." Am I to understand that the creators of this specialty item can't be bothered to take a bite of pizza, the most delicious food in the world, and then put the pizza down, pick up a beer and take a sip of that?

Georgia burger joint Flip Burger serves a foie gras milkshake which honestly sounds potentially delicious, but also like I don't think that the goose involved in the making of said beverage would appreciate being a milkshake flavor. That goose probably had a family.

I am confused by this mostly because why aren't we just eating a chocolate-peanut-butter-banana doughnut instead? That would be the best. This, made by the aggressively hip Rogue brewery, is not the best.

This flavor was sold in Japan exclusively during the summer of 2012 -- a horrible time to be alive and the low point for culture in general.

Before you ask, a "sloche" is the Canadian version of the slushee, and pizzaghetti is exactly what it sounds like -- a combination of pizza and spaghetti popular in Quebec and also everywhere because why wouldn't it be popular? So, convenience store chain Couche-Tarde sold a pizza/spaghetti-flavored slushee. Why? No, really, why?

Invented by blogger Georgia Hardstark to satisfy late-night cravings, the McNuggitini consists of two McNuggets, one small tub of McDonald's barbecue sauce, one large McDonald's chocolate milkshake and a bottle of vanilla vodka. I have nothing but respect for this girl-- not gonna knock this. Keep doing you.