In March 2010, everyone thought Chatroulette — the unintentionally NSFW web-cam website — was the future 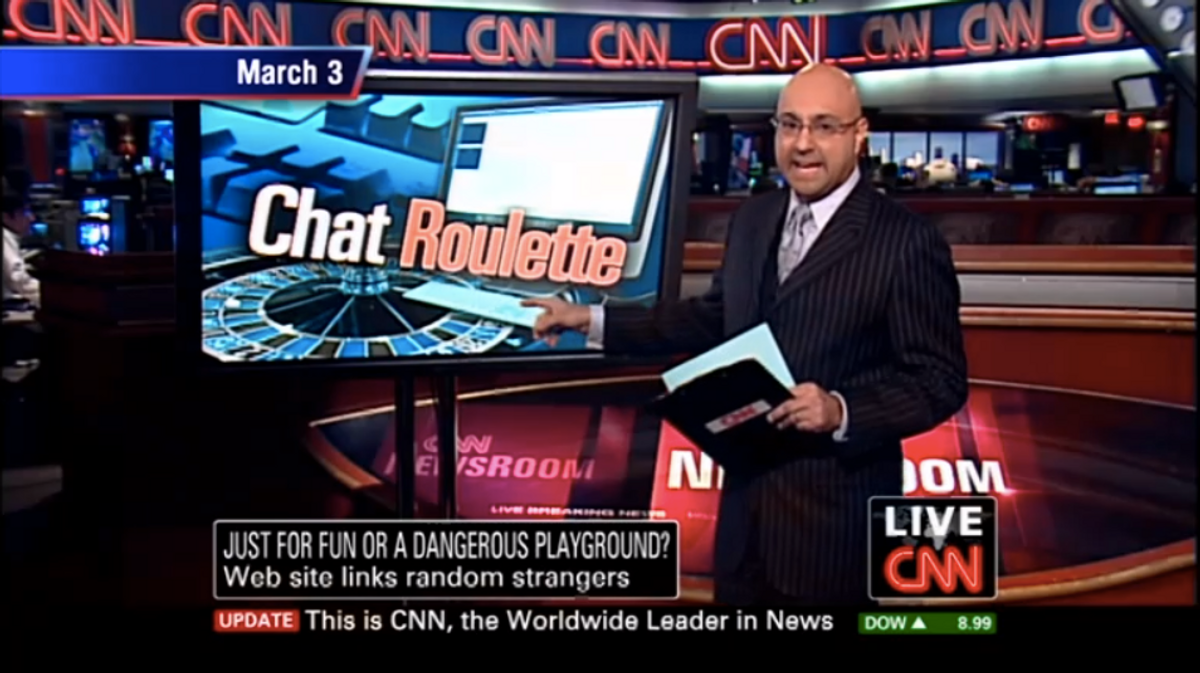 Here’s what was buzzing around the Internet for the week of March 26, 2010:

For a brief moment, however, before the webcam service was declared officially dead at the tender age of eight months, the website did provide us a fascinating window into human nature in the digital age. And by that, of course, I mean penises.

According to an RJ Metrics survey from March 2010, 89 percent of Chatroulette users were male. Many, many of those men were baring it all on screen, apparently, prompting the site's Russian teen founder to, at one point, threaten to turn the naked offenders into the cops. The absurd nudity problem quickly became part and parcel of the Chatroulette experience -- and a running joke by the likes of Jon Stewart on "The Daily Show." Stewart in particular predicted that the site would become "95 percent free-floating dongs" even before said dongs reached a critical mass.

(Only time will tell whether the dick plague will also hit Meerkat, the hot livestreaming app of the moment, and Periscope, Twitter's answer to that streaming service.)

In its 11th hour, Chatroulette gave birth to, what I would argue is the most 2010-ish artifact to come out of the year 2010: A NSFW viral video that combined the popular Lady Gaga-Beyonce collaboration, "Telephone," with the perversity of Chatroulette trolling. In the video, a man dressed up as Gaga and did his part to contribute to that "95 percent free-floating dong" demographic by disrobing before a handful of horrified webcam recipients. Most of these strangers appeared to find the drag performance funny; save for, maybe, one middle-aged man who shakes his head disapprovingly after realizing what is happening on his computer screen.

Watch that video (which, again, is not safe for work) below:

See also: what was buzzing around the Internet for the week of March 19, 2010