I love "Manhattan," even though it makes me queasy. Hemingway's new memoir forces me to confront my blind spot 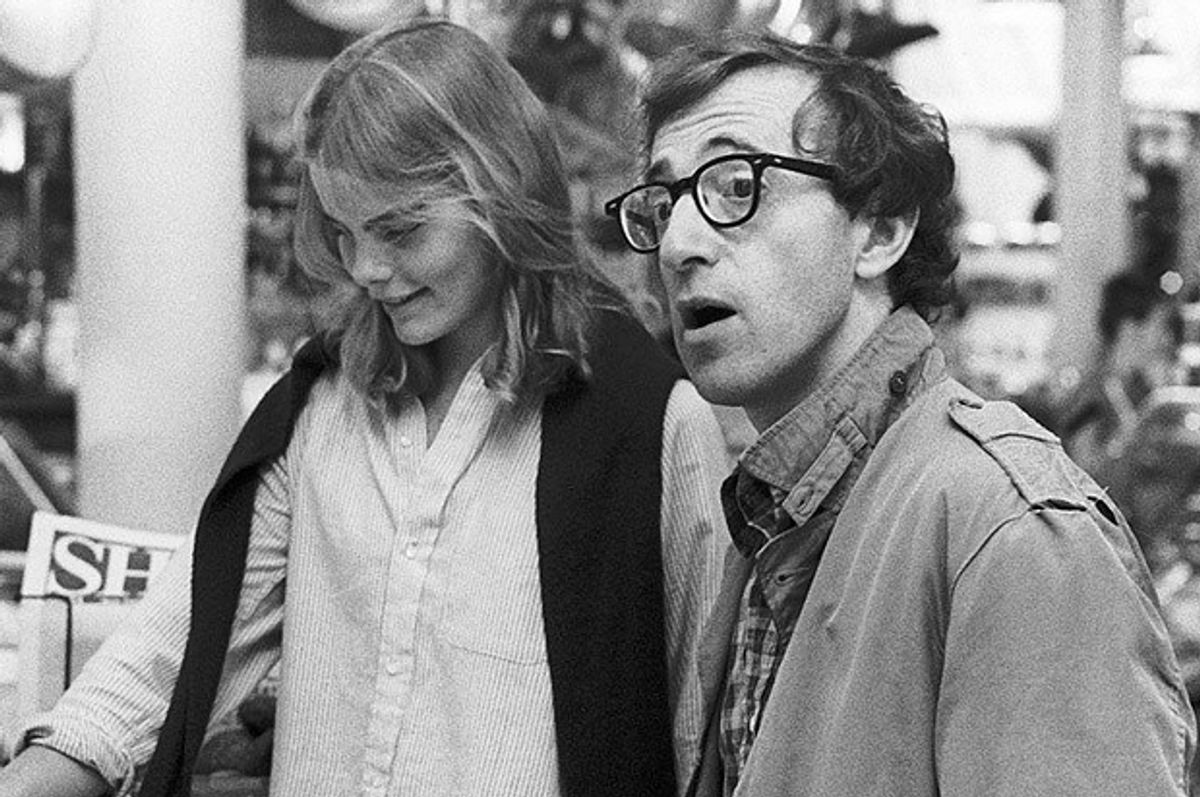 This is my own garbage confession: Woody Allen's "Manhattan" used to be one of my favorite movies. If I am confessing fully, I have to admit that on some level, I will always feel drawn to it, maybe in the way that disillusioned former church-goers might feel a yearning from somewhere deep inside of them when they pass a door they know on so many levels they can never cross again. Knowing the truth about what you believe and longing for the time before you knew it are not mutually exclusive states of being.

That is how I, and I'm sure many others, have long approached "Manhattan," since I became aware of the allegations of sexual abuse against Woody Allen and started seeing the film's April-December "romance" in the stark and unforgiving light which it deserves. To love that film as an adult is to embrace a willful innocence about art, business and life that none of us can really afford to begin with.

Mariel Hemingway was 17 when she played the teenage girlfriend of Woody Allen, then 44, in the film he wrote, directed and starred in. It's considered one of his finest pieces of work — and on many purely aesthetic levels, it is. It is witty, lovingly shot, and in so many ways a frank and unflinching indictment of conflicted male desire, pitting Hemingway's winsome high schooler Tracy against the charmingly neurotic intellectual (and very much adult) Mary (Diane Keaton) in Allen's Isaac's struggle between his head and his heart.

If you had asked me at 17 if I would ever date a 44-year old, I might have actually barfed.

If you had asked me at 19 if I thought there was anything disgusting about Tracy and Isaac's relationship in "Manhattan," I would have said something like, well, it's not real life, is it? It's a story. And to make great literature and film and drama, we have to create spaces of empathy for characters who make poor choices in life.

If you ask me how old my parents were when they met, I'd relate the facts of my own life: She was a teenager — I'm talking like 15 years old — living as an adult in lower Manhattan, a runaway who changed her whole identity and looked and acted older than she was; he was her father's age, and he knew the truth. They got married, though. She was 17 when my big brother was born. It was New York in the '70s. Things were different then, weren't they?

So I guess I had a blind spot, is what I'm saying.

We all have our blind spots. Woody Allen is a cultural blind spot for us, an artist of incomparable influence whose work has purchased him forgiveness from a public he spent his entire artistic career grooming to forgive men like him.

In her forthcoming memoir "Out Came the Sun," Hemingway reveals that Allen's attentions toward her did not stop after filming "Manhattan." She says she knew he had a crush on her, but she dismissed it as "the kind of thing that seemed to happen any time middle-aged men got around young women," because we have groomed our young women to expect this kind of attention, and to tolerate it, even. When he arrived at her parents' home and tried to convince her — still just 18 at the time — to come to Paris with him on what was clearly going to be a lovers' vacation, even her parents encouraged her to go. At 18, she was charged with being the sole level-headed adult in the room: Ascertaining that she would not have her own hotel room on this Paris trip, that he expected they would travel together, she put the brakes on the entire plan. "I wanted them to put their foot down," she writes. "They didn't. They kept lightly encouraging me."

Hemingway was left to find her own strength, waking in the middle of the night "with the certain knowledge that I was an idiot. No one was going to get their own room. His plan, such as it was, involved being with me."

She shot him down. He left the next day. Her parents had encouraged her to go with him, and she felt like an idiot for not seeing the full picture immediately. Frankly, her strength and clarity at the moment when she puts her own foot down and tells him she will not go amazes me — no matter how theoretically disgusting I might have found the idea of a romance with my 40-something year-old boss at 18, if all of the adults around me had acted like that was no big deal, that it might even be good for me, I think I would have found it very hard to reconcile my feelings of horror with my own desire to be taken seriously as an adult. I suspect I'm not alone.

The debate over whether or not we can separate a work of art from the flawed human being who created it isn't a solvable equation: If artist X does Y, times n, then the reaction should be Z is a comforting thought, but it's not realistic when human emotions and rationalizations are involved. Roman Polanski raped a 13-year-old and still eludes justice, and he is celebrated as a genius filmmaker by the industry and by his fans, as if he is a character in one of his own movies that, in order to appreciate, we must extend a certain amount of empathy to its monstrous main character. Empathy is essential to our humanity, but too often — in Hollywood as in life — we are groomed to direct empathy only to the powerful flawed man, and his pervasive, conflicted desire, never to his victim. When our flawed hero's fictional character is a thinly-veiled version of his true self, as Allen's Isaac appears to be in "Manhattan," the empathy gymnastics even begin to feel absurd — are we conflating what we know about Allen the person with Isaac, a constructed fictional character, just because they look like the same person? For those of us who were taught to be drawn to these ambiguities, to embrace to them, even, the fictional veil of "Isaac" was just enough of a separation between fact and fictional truth to allow "Manhattan" and, by extension, Allen himself, a pure artistic life.

Hemingway's memoir destroys that separation once and for all. Woody Allen was Isaac, and quite possibly still is. Thankfully for her, Mariel Hemingway was not Tracy — stronger and smarter and more sure of her own instincts, even as the adults she should have been able to trust were willing to sell her out for the sake of her career and anything they stood to gain from it. There are still many people who don't believe Dylan Farrow when she says Allen sexually abused her as a child. The scandal over Allen's affair with and subsequent marriage to his ex-partner Mia Farrow's daughter Soon Yi Previn has long since subsided into a "well, it seems to be working out for them" shrug. That's his messy personal life, people might say, but ah, his art! But Hemingway's revelation demands we look unflinchingly at the reality that "Manhattan" so artfully disguised as art, and see it for what it truly is. Woody Allen is a genius. Woody Allen is a predator. He put those two sides of himself together, hand in hand, and dared us to applaud. And we did — over and over. We all have our blind spots, but after a while, we also have to admit what we have deliberately refused to see.