From Scarlett Johansson to Jason Schwartzman, these musical acts might surprise you 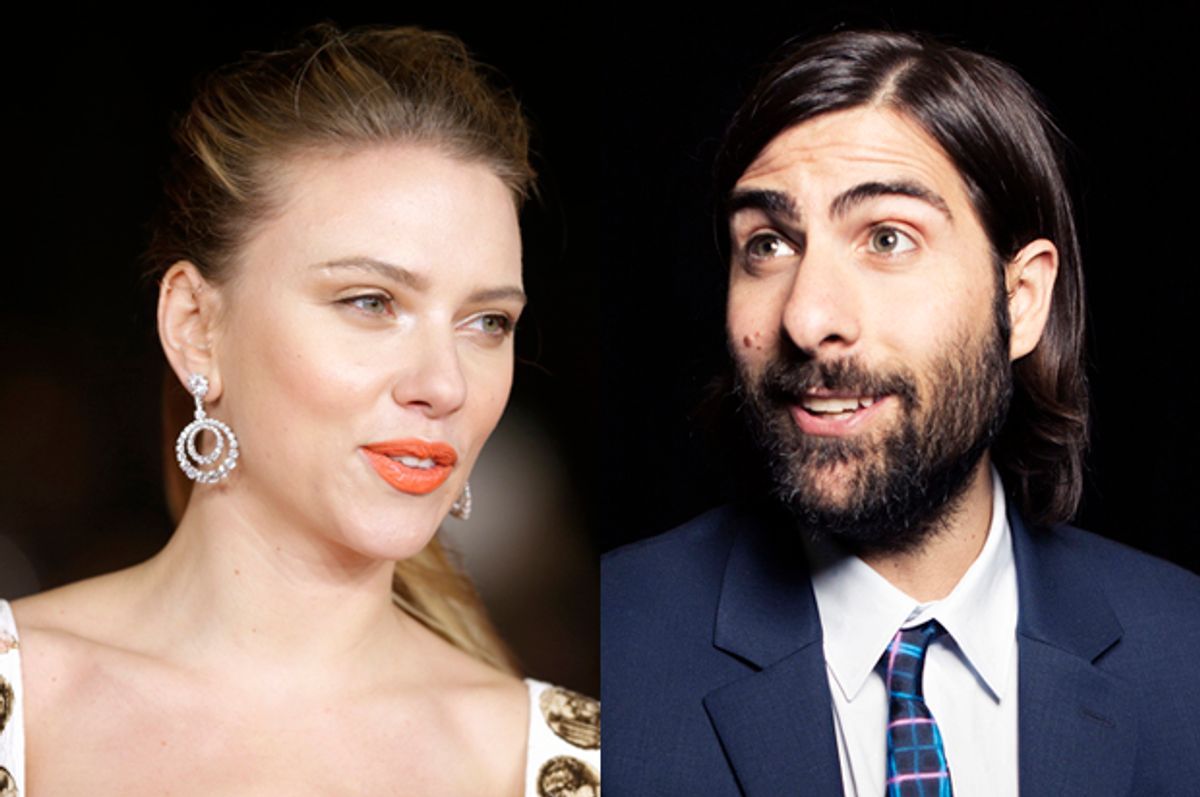 Plenty of actors and actresses have tried their hands at music careers, not always successfully. While everyone from Lindsay Lohan to Paris Hilton has put out a single here and there, there are also some major film stars who have had surprisingly legitimate music careers, either before, after, or in tandem with their big screen success. Such as...

The famed comic is also a Grammy-winning banjo player, taking home the prize for Bluegrass Album of the Year back in 2009 for his original album of 5-string banjo songs, "The Crow." Here’s the wacky video for Jubilation Day, from 2011 "Rare Bird Alert" by Steve Martin and The Steep Canyon Rangers.

Johansson kicked off her music career in 2008 with an album called "Anywhere I Lay My Head," which was mostly covers of Tom Waits songs. She has been involved in various musical endeavors since then, including a collaboration with Pete Yorn, singing on a number of movie soundtracks, and most recently, forming a girl group called "The Singles" along with Este Haim.

Before he became an actor, Schwartzman was the drummer of Phantom Planet, which hit it big with the theme song for "The O.C." He also has a fairly successful solo act called Coconut Records.

Turns out there's very little Jackie Chan can't do; While he’s known best in the US for his film career, Chan is also a classically-trained vocalist who has a huge following as a musician in Asia. The martial arts legend has released twenty albums over the past thirty years, performed at the closing ceremony of the 2008 Olympics, and sings in multiple languages, including English, Japanese, Cantonese and Mandarin.

Aside from being captain of the Starship Enterprise, Shatner has produced a bizarre, fascinating and much-parodied body of musical work, with songs that mostly consist of spoken lyrics instead of actual singing. Your life will not be complete until you have seen his cover of "Rocket Man."

While his vocal chops as Javert in "Les Mis" didn't exactly get rave reviews, Russell Crowe has actually had a long and decently successful music career. He began in the 1980s as "Russ le Row," followed by an Aussie rock band called Roman Antix, which then became 30 Odd Foot of Grunts. Crowe served as guitarist and lead vocalist, and the band released a bunch of records and toured overseas, including a famous run of shows at Stubbs in Austin, Texas. After the band disbanded in 2005, Crowe teameed up with Great Big Sea's Alan Doyle for a new project called Russell Crowe and The Ordinary Fear of God.

While we in the States may think of the Hoff primarily as the goofy guy from "Baywatch," he had a flourishing (albeit short-lived) career as a pop star in Europe during the 1980s, attaining particular success in his native Germany and even performing at the fall of the Berlin Wall in 1989.

After inexplicably becoming a smash hit in Japan at the age of twelve with her debut album "Love Songs," Hewitt would go on to release three more pop albums, although none of them took off to the same extent Stateside.

The "Natural Born Killers" star is also a legitimate rocker; she was in a successful indie group called Juliette and the Licks until 2009, when she began a solo career.

The "New Girl" star's band She & Him, along with guitarist M. Ward, is a bonafide indie success; they released their first album in 2008 and have released four studio albums since then. Deschanel, upholding her reputation for being adorably twee, plays the ukulele and tambourine in addition to piano and lead vocals.