Community Discussion: Is it too late to save the forests?

The world's forests are disappearing. What can we do? 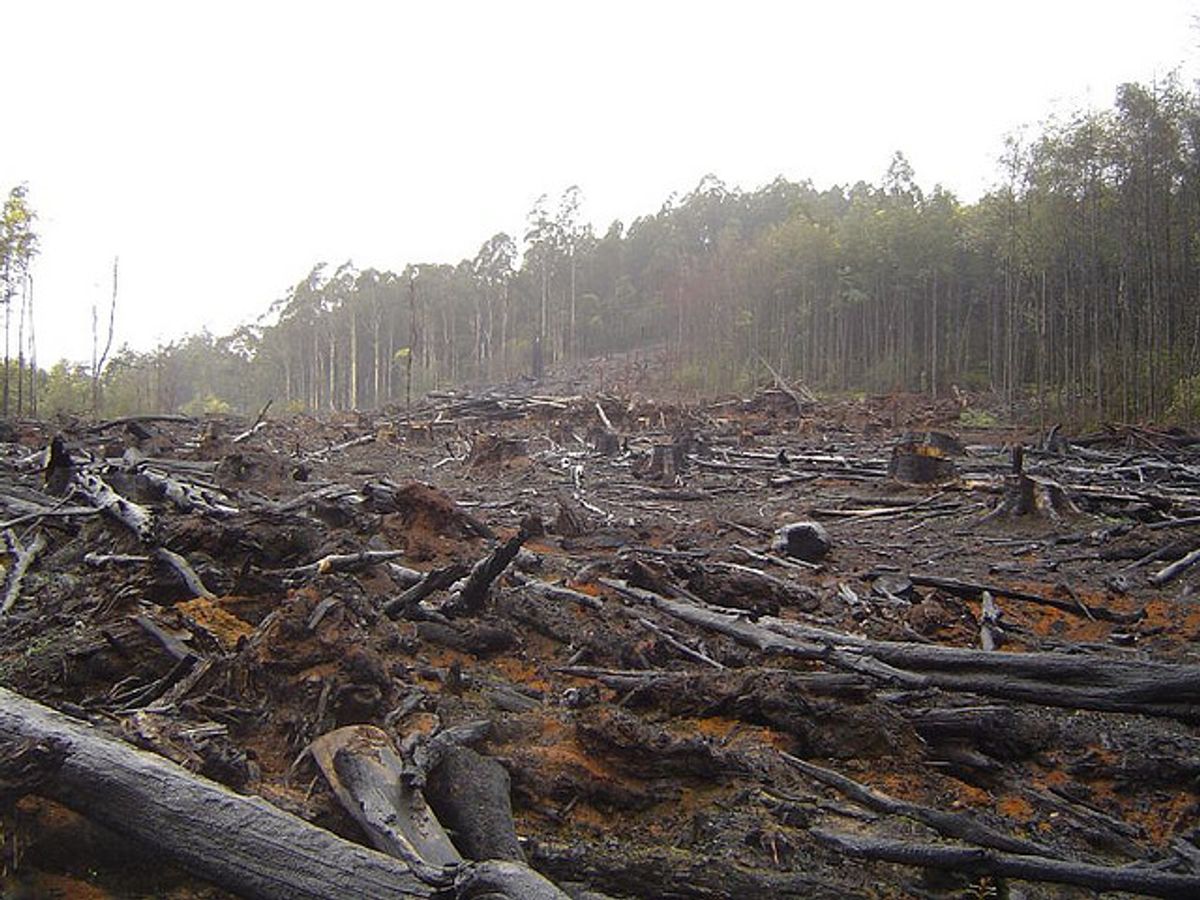 This week there was depressing new evidence of humanity's ongoing assault on forests. By examining high resolution Landsat maps of the planet's forests, an international team of researchers determined that 70% of all forested land is now within one kilometer of a forest edge, "in close proximity to agricultural, urban, or other modified environments where impacts on forest ecosystems are most severe." 20% are within 100 meters of an edge. Only the tropical Amazon and Congo River Basin forests are still mostly continuous, although large areas of "more disjunct" forests remain in Southeast Asia, New Guinea, and the boreal and tundra forests of Canada, northern Europe and Russia. The study's authors particularly note the disappearance of the Brazilian Atlantic forest, a once vast area that is now "a largely deforested landscape, cleared for agriculture and logged for timber over the last three centuries." The proportion of Atlantic forest farther than one kilometer away from an edge is now only 9%. This isn't the only bad news recently delivered by analysis of Landsat images; a survey by researchers from the University of Maryland found that the rate of tropical deforestation has increased by 62% since the 1990s.

Forests are also suffering from the effects of climate change. An alarming report in this month's Nature suggests that increased carbon in the atmosphere is making trees grow fast and die young, limiting the amount of CO2 that forests are able to absorb. Rising heat is also increasing the range of destructive pests such as the bark beetle, which is decimating North American pine forests. Another beetle, the southern pine beetle, crossed the Mason-Dixon Line in the last decade and is now chomping trees as far north as Long Island.

Countries and major multinational corporations have now pledged to end deforestation by 2030 (and you can track their progress at a new website). But much damage is also done by the desperately poor, so much so that Jonathon Porritt, a man with impeccable environmentalist credentials, blasted many proposals to end deforestation as "eco-imperialism". Many deforesters are also simply criminals; Brazil broke up a major "land clearance syndicate" in March.

We must protect forests, for their rich diversity of life and their essential role in regulating the climate and atmosphere, and also for their essential economic role. But how do we balance these often competing desires? How can we protect the plants and animals (and people) that live in and depend upon them? Can we manage them efficiently or should we preserve them untouched? What do you think are the important threats to forests, and how can these be countered? Take our poll and tell us in the comments!