David Duchovny: Fox Mulder is "the worst F.B.I. agent of all time" 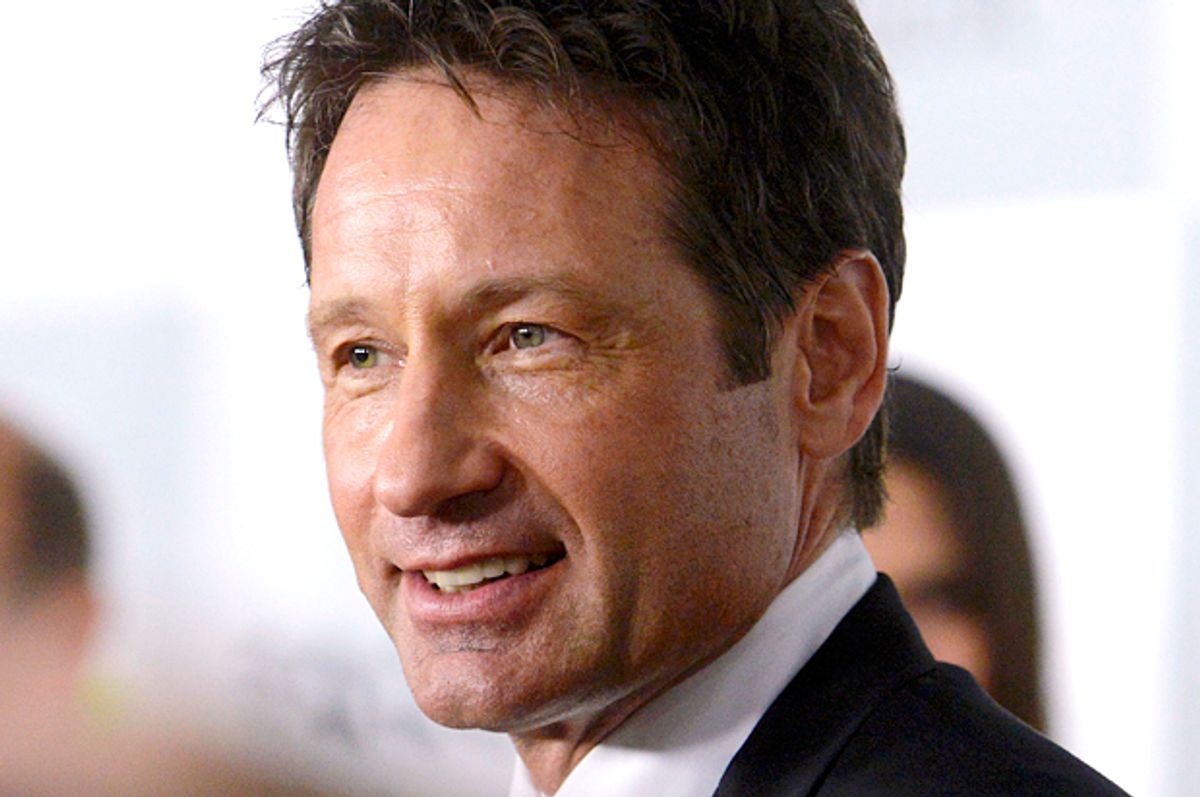 The New York Times got lucky (luckier than we did, anyway), having the good fortune to schedule a Q&A with David Duchovny about his new NBC period crime drama "Aquarius" right as the news about the new "X-Files" reboot broke.

Duchovny was happy to respond to questions about the much-anticipated reboot (as he put it, "I haven’t been hiding. All the good things are good,”) confirming that the new miniseries will be six episodes long, shot in Vancouver, and, in terms of content, will probably "begin and end with the mythology."

He also spoke candidly about the show’s unique appeal when it aired, particularly in how it balanced the case of the week element with serialized storytelling that build up a mythology over time. "It kind of introduced specialized knowledge, though you didn’t have to do homework to watch the show," explained Duchovny. "They were always kind of juggling about what people needed to know, especially when we made the movies. Can we get somebody in who’s never seen this? And I’m sure we’ll have to juggle that again with this iteration of it."

Asked why he, Gillian Anderson and creator Chris Carter had decided to do the reboot now, Duchovny explained it was simply a matter of having finally got their act together to do it. "In terms of culturally or what people want to see, I don’t know," he added. "I imagine if we waited too much longer people would eventually lose interest. It’s different from something like “Star Trek,” which started out campy and then, especially with the J.J. Abrams stuff, became legit somehow. You might argue with me, but I always felt like we were legit. We’re still trying to do the same show. It’s not like were trying to make it 2.0, or whatever the .0 is now. 3.0. We’re gonna make the same show. But it’ll be interesting because Gillian and I are older. I don’t want to act like it’s 20 years ago."

In the meantime, Duchovny is heading back to law enforcement for "Aquarius," where he plays Sam Hodiak, an L.A. police sergeant investigating what turns out to be the Charles Manson case. Still, it doesn't sound like he'll be looking to Fox Mulder for pointers: "The interesting thing about Mulder is nominally he is law enforcement but he never solved one case in nine years,” said Duchovny. “No he’s the worst F.B.I. agent of all time. As F.B.I. agents, I would say we were not by the book. Especially Mulder."