American religious leader blasts "sinful" climate denial: "We are making war on the integrity of this planet"

“It is a very blind position... It is a refusal to use the best of human knowledge" 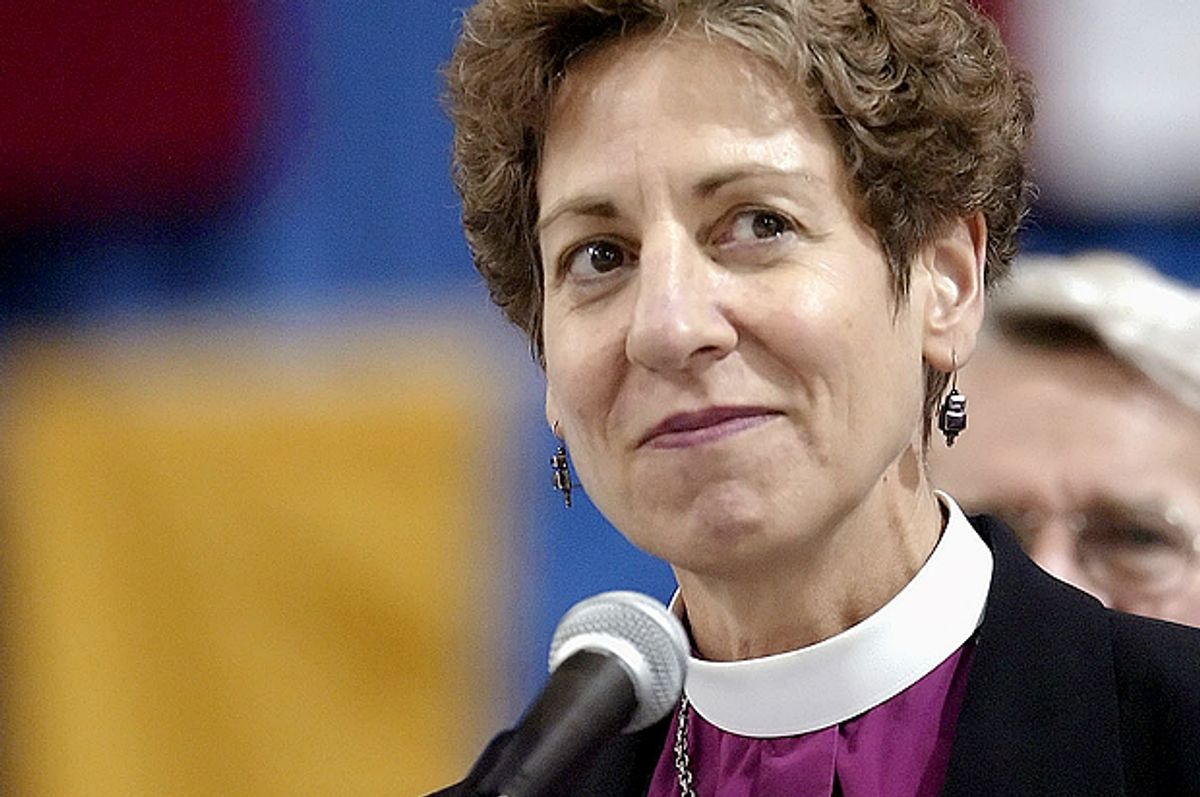 This week, presiding bishop of the Episcopal Church Katherine Jefferts Schori spoke out against people who denied the proven science behind climate change for political reasons or otherwise.

"The Judeo-Christian tradition has always called these motivations sinful," she said at a Los Angeles event called The Climate Change Crisis. "It's decidedly wrong to use resources that have been given into our collective care in ways that diminish the ability of others to share in abundant life."

"We are making war on the integrity of this planet," she continued "We were planted in this garden to care for it, literally to have dominion over its creatures. Dominion means caring for our island home."

Jefferts Schori was an oceanographer before she was ordained as a bishop in 1994 when she was 40-years-old, which accounts some of her passion for the issue while also certifying her an official badass.

In an interview with The Guardian published on Tuesday, Jefferts Schori framed the issue as a moral one, condemning those who refused to accept the science:

“Episcopalians understand the life of the mind is a gift of God and to deny the best of current knowledge is not using the gifts God has given you,” she said. “In that sense, yes, it could be understood as a moral issue.”

Tuesday’s event kicked off a 30-day challenge for people to learn about and advocate for environmental change. Over the course of the initiative, which ends on Earth Day, April 22, participants who sign up on the Episcopal Church’s website will receive daily emails with information to help them reduce their carbon footprint and spread awareness about climate initiatives in their communities...

The Episcopal Church as a whole has made environmental stewardship a top priority. The Episcopal Ecological Network was formed in 1986 to provide educational resources to Episcopal churches around the U.S. and build grassroots efforts to address environmental issues in communities.

"We are meant to love God and what God has created and to love our neighbors as ourselves," she said in the speech. "Jesus insists that those who will enjoy abundant life are those who care for all neighbors, especially the 'least of these' -- the hungry and thirsty, the imprisoned and sick -- and that must include all the species that God has nurtured on this planet."