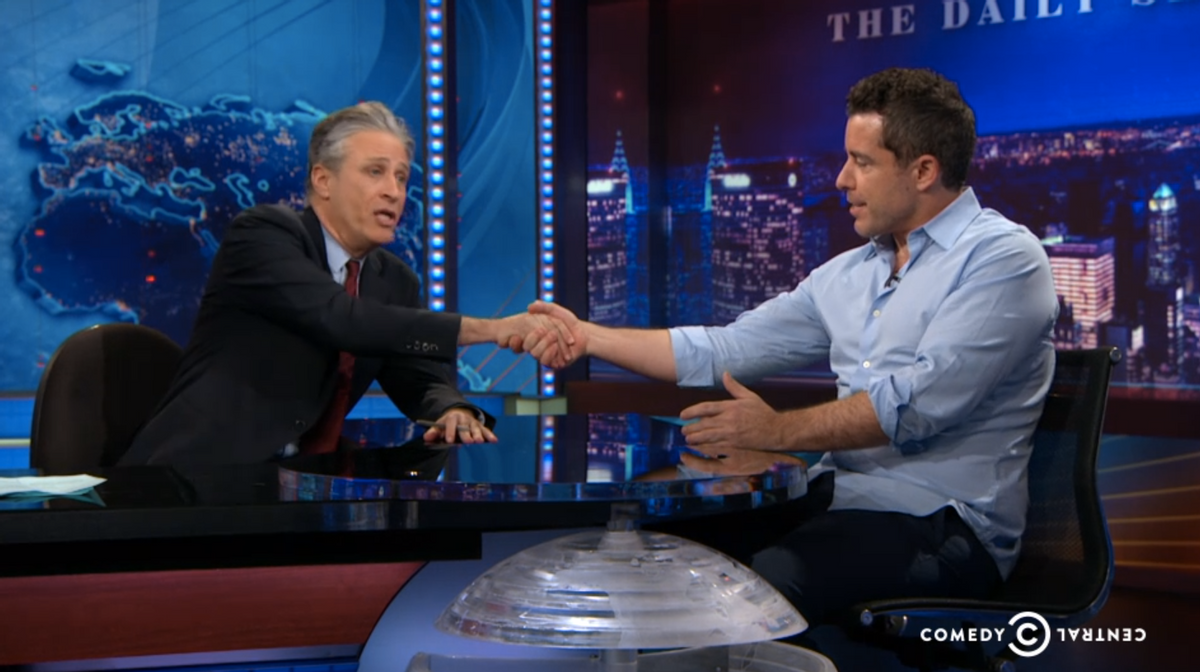 Intrepid Foreign Correspondent and "Resident Beefcake" Jason Jones signed off one last time on Thursday night after nearly a decade aboard "The Daily Show."

Jon Stewart made sure to send him off the right way: By playing a montage of highlights from Jones' long, globetrotting residency on the show. According to Stewart, Jones did more field pieces than any other correspondent in the history of the program.

Jones announced on Twitter at the end of February that he would be leaving the fake news program to start up his very own program on the TBS network, stating: "For 9 & 1/2 years, I have worked at one of the greatest TV shows of all time. But… It is time for me to go. That said, I am ecstatic to announce that I’m about to make another great show over @tbsveryfunny."