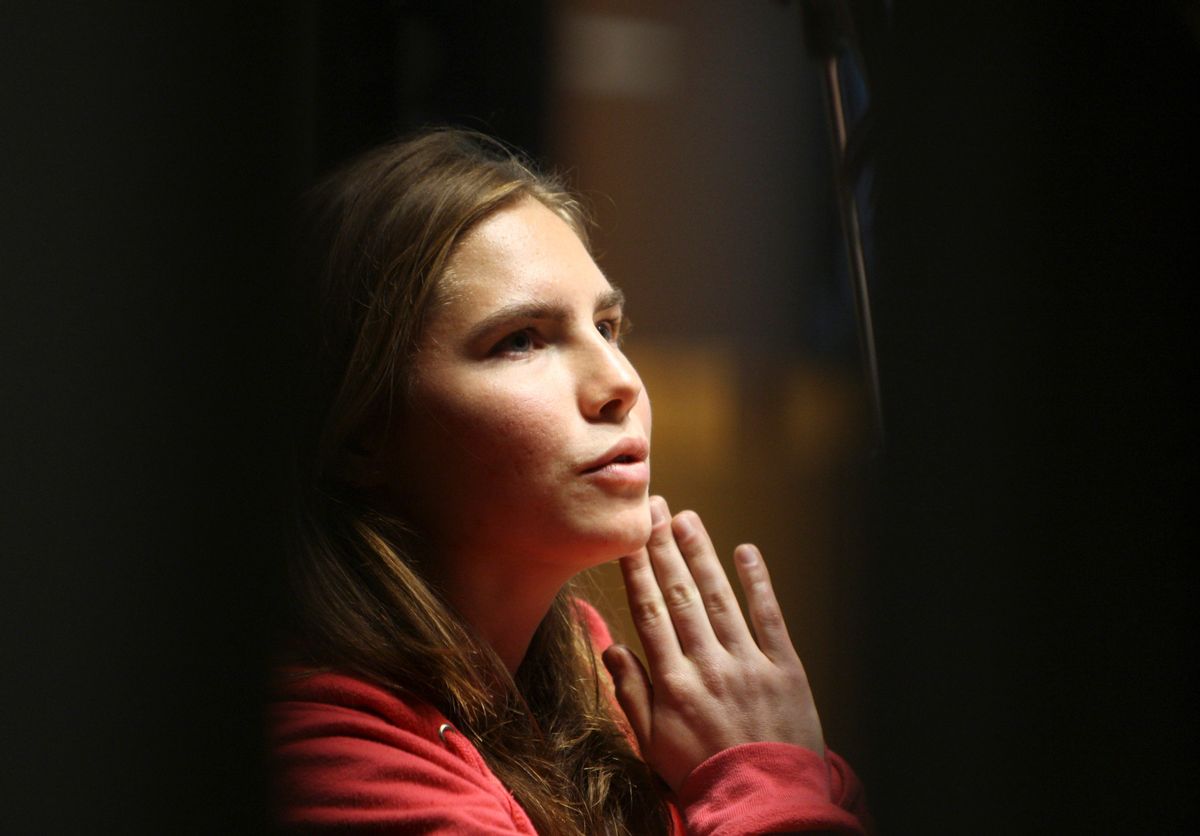 FILE -- In this file photo taken on Nov. 21, 2009, Amanda Knox reacts during a hearing at Perugia's court, Italy. American Amanda Knox and her Italian ex-boyfriend Raffaele Sollecito expect to learn their fate Friday when Italy's highest court hears their appeal of their guilty verdicts in the brutal 2007 murder of Knox's British roommate Meredith Kercher. Several outcomes are possible, including confirmation of the verdicts, a new appeals round, or even a ruling that amounts to an acquittal in the sensational case that has captivated audiences on both sides of the Atlantic. (AP Photo/Alessandra Tarantino) (AP)
--

ROME (AP) — Key dates in the case of Amanda Knox, the U.S. student who was convicted then acquitted then convicted in the slaying of her British roommate Meredith Kercher. Italy's high court took up her appeal this week.

—Nov. 2, 2007: Kercher, 21, is found dead in Perugia apartment. Investigators say she was killed the night before.

—Dec. 4, 2009: Court finds Knox guilty of murder, sexual assault and slander; sentences her to 26 years in prison. Sollecito is convicted of murder and sexual assault, sentenced to 25 years.

—June 29, 2011: Independent forensic report ordered by the appeals court finds much of the DNA evidence used to convict Knox and Sollecito is unreliable.