Lawmaker publicly discusses her rape and abortion, man in audience laughs at her 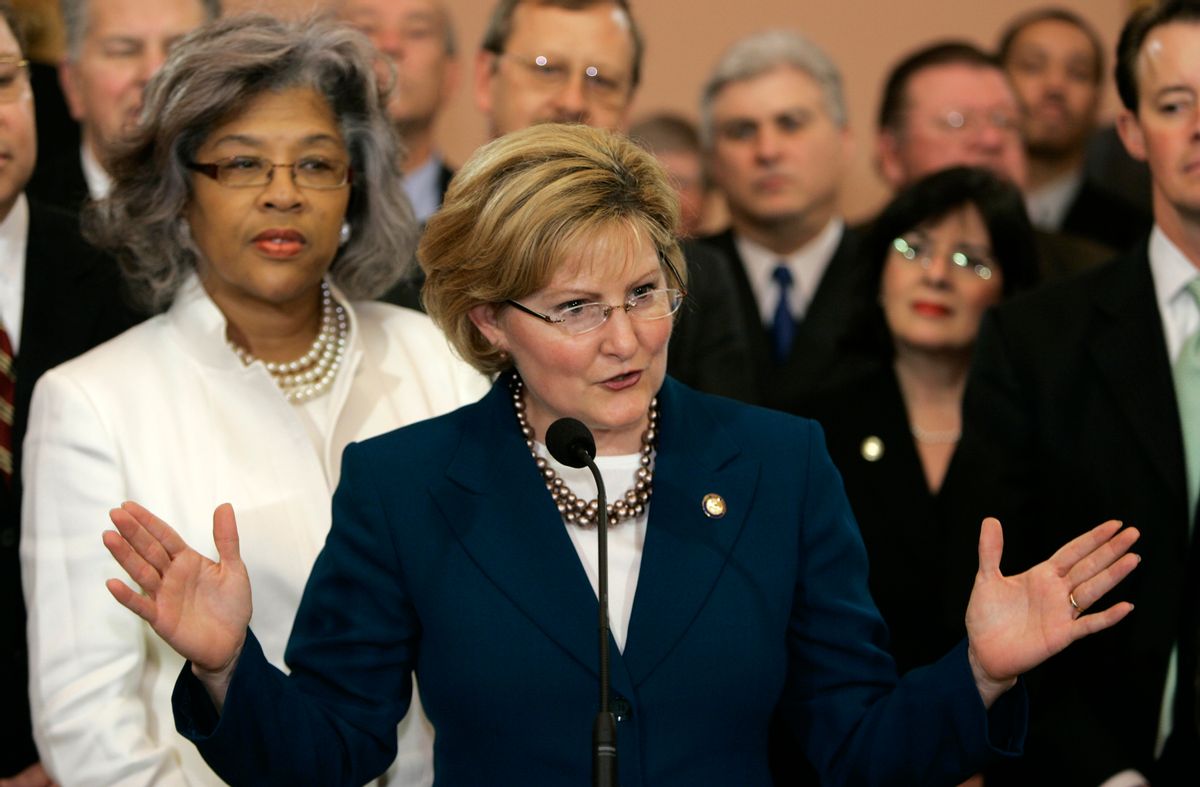 While speaking out against yet another highly restrictive antiabortion measure in yet another state, yet another female lawmaker felt compelled to come forward publicly with her own abortion story in order to humanize the huge toll such legislation takes. And a man in the audience laughed at her.

Ohio Rep. Teresa Fedor stood before the state senate this week and, for the first time, shared her account of being raped in the military and subsequently deciding to have an abortion. Fedor was speaking against a controversial bill -- which the House later approved -- that would ban abortion as soon as a fetal heartbeat is detectable, as early as six weeks into a pregnancy.

"You don’t respect my reason, my rape, my abortion, and I guarantee you there are other women who should stand up with me and be courageous enough to speak that voice," Fedor said. "What you’re doing is so fundamentally inhuman, unconstitutional, and I’ve sat here too long."

And, as the lawmaker went on to assert that her colleagues pushing the measure "don't understand" her story, someone proved Fedor's point for her: A male onlooker chuckled while she described her dedication to freedom and keeping the government out of people's business. And so Fedor was forced to call him out.

"I see people laughing and I don't appreciate that," the representative said. "And it happens to be a man who is laughing. But this is serious business right now and I'm speaking for all the women in the state of Ohio who didn't get the opportunity to be in front of that committee and make this statement."

Fedor isn't the first female lawmaker to come forward about her own sexual health history before a state legislator in recent months. Last summer, Nevada State Assembly member Lucy Flores shared her abortion story during a speech in support of a measure to expand school health programs. And, just weeks before Fedor took a stand, Arizona lawmaker Victoria Steele revealed that she was molested by a relative as a young girl, in order to highlight the need for rape exemptions in a different restrictive antiabortion measure.

Each revelation reflects anti-choice lawmakers' failure to consider women's real experiences in crafting legislation that will hugely affect their lives. But even when female legislators attempt to personalize purely political calculations, their histories are treated as a laughingstock.

Watch Fedor tell her story before the Ohio senate below: