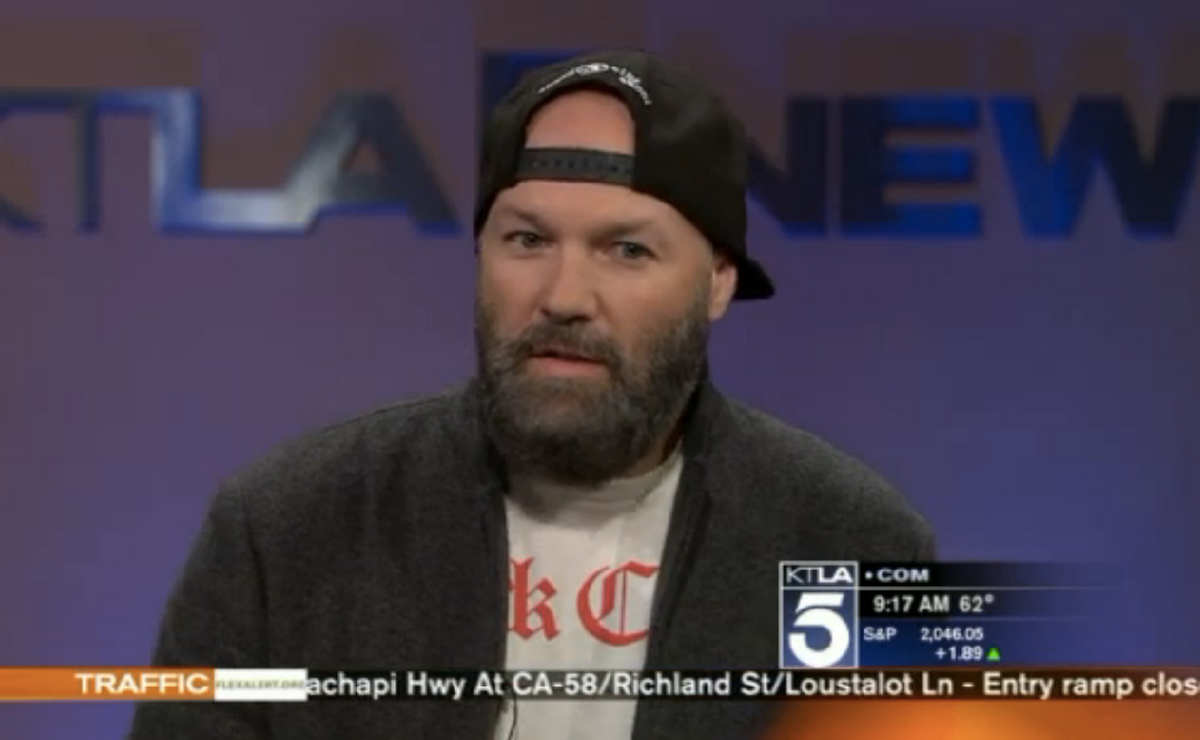 For one last time: Robert Durst was not in the band Limp Bizkit. Ever since an exceptionally hilarious correction from The Associated Press surfaced, indicating that "The Jinx's" multi-millionaire killer had been mistaken for the frontman of the '90s nu metal band, there's been an endless stream of Limp Bizkit jokes making their way around the Internet. Fred Durst is laughing at none of them.

Thursday night, the Limp Bizkit frontman uploaded an Instagram of himself sporting a custom-made sweatshirt with the words "NOT ROBERT." And just look at that furious-as-hell face. It truly looks like he is about to -- sorry for this one -- Break Stuff.

I am NOT ROBERT

Earlier this month, Fred Durst told KTLA that he has a loyal fanbase and doesn't have any trouble selling out venues in 2015. Even so, we can suspect this topical stunt -- even though it involved being mistaken for a murderer -- isn't hurting the B-lister's cultural relevance. Whatever works.

Here's the original AP posting and its subsequent correction which spawned all of this:

"NEW ORLEANS (AP) – A Louisiana State Police trooper says millionaire Robert Durst has been booked on weapons charges in that state – on top of a first-degree murder charge lodged by Los Angeles authorities. Trooper Melissa Matey told the Associated Press that an arrest warrant was issued for the former Limp Bizkit frontman and he was rebooked in the Orleans Parish Jail on Monday under two new charges."

"In the second item of the California 10th NewsMinute sent March 16 to users of the state broadcast wire, The Associated Press reported erroneously that Robert Durst is a member of a band. He is a real estate heir; Fred Durst is the former frontman of Limp Bizkit."