Shale gas was supposed to be a bridge fuel. Yet next, a DOE advisory group wants us to start drilling in the Arctic 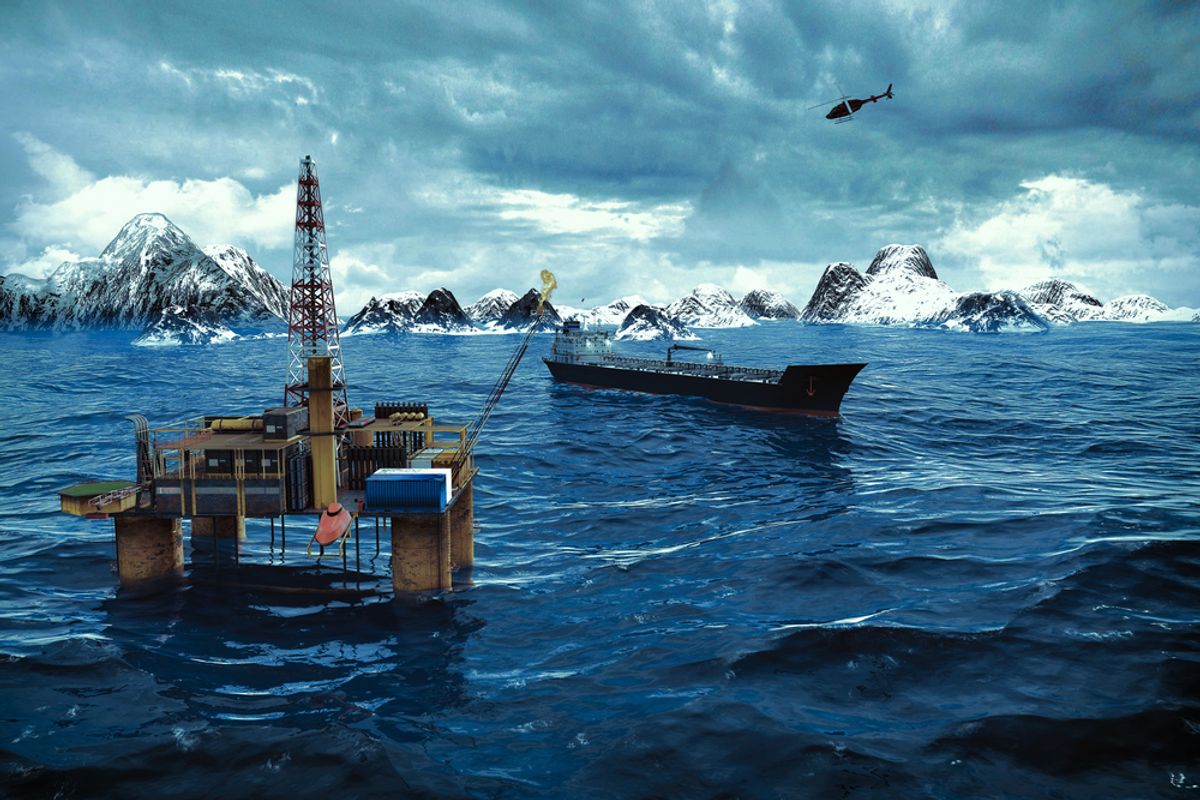 Breaking news, via the National Petroleum Council: the United States' vast reserves of oil and natural gas are going to run out.

Nothing good can last, says the largely industry-based advisory group to the Department of Energy, not even something as good as fracking -- which is why the council recommends we start drilling in the Arctic as soon as possible.

The NPC's report, released Friday, would almost be funny if it weren't so frustrating. Natural gas from fracking, remember, is supposed to be a "bridge fuel": a less harmful fossil fuel that can tide us over while we transition to a truly clean energy economy. The oil and gas industry, this report makes clear, never intended for that to be the case. Citing the prediction that the U.S. shale boom likely won't last beyond the next decade, it argues that the next best course of action is to pursue more oil, which also happens to be located in one of the riskiest possible places.

"There will come a time when all the resources that are supplying the world's economies today are going to go in decline," Rex Tillerson, CEO of Exxon Mobil and chairman of the study's committee, told the Associated Press. "This is will be what's needed next. If we start today it'll take 20, 30, 40 years for those to come on."

To reiterate, he's envisioning a future, decades down the line, when we're still dependent on fossil fuels. Never mind that to prevent global warming beyond the already dangerous 2 degrees Celsius, scientists warn that most of the world's remaining fossil fuels must remain in the ground, including 100 percent of those currently buried in the Arctic, or that the U.N.'s Intergovernmental Panel on Climate Change found we need to be moving toward zero greenhouse gas emissions by the end of this century.

And never mind just how damn hard -- and dangerous -- Arctic drilling is. The NPC insists that the industry has the technology to safely drill in the icy waters, and to quickly clean up a spill if one occurs: a report out last year from the National Research Council couldn't disagree more. And the company that's currently trying its hand at Arctic drilling, Shell Oil, isn't setting a great example for how things are going to go. As the AP points out, "the company has little to show after spending years and more than $5 billion preparing for work, waiting for regulatory approval, and early-stage drilling."

And it may come as news to the industry, but, just like shale gas, Arctic oil isn't going to last forever. U.S. territory holds an estimated 35 billion barrels of oil -- "about 5 years' worth of U.S. consumption and 15 years of U.S. imports."

All told, it's a lot of money, risk and effort for very little, when we could be investing instead in clean forms of energy that, once they're in place, will never, ever run out.