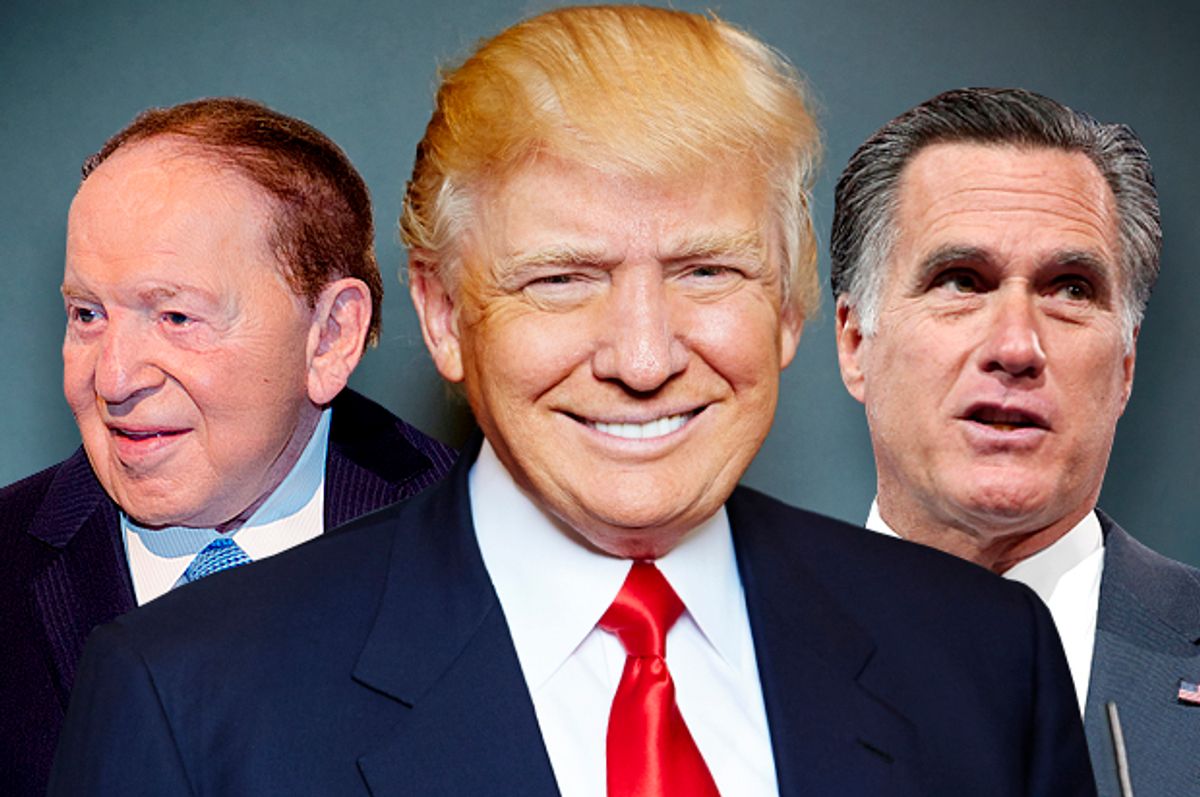 Excerpted from "Confucius: And the World He Created"

The tattered condition of the Confucians’ footwear reflected the limitations of Confucius’s enthusiasm for free enterprise. The great sage may have preferred a small, efficient state, but that doesn’t mean he was in favor of unfettered private commerce. Confucius had an inherent distrust of the pursuit of wealth, and this attitude became infused into later Confucians and their views of business and businessmen. Although Confucius did not preach asceticism (like his Hindu counterparts in India), he did see nobility in poverty, or at least the stoic acceptance of poverty. The true gentleman, in Confucius’s eyes, did not desire riches. “The gentleman seeks neither a full belly nor a comfortable home,” he said. Even those men who sincerely tried to act in a benevolent fashion could not be trusted if they also coveted luxury. “There is no point in seeking the views of a gentleman who, though he sets his heart on the Way, is ashamed of poor food and poor clothes,” the sage said.

That suspicion stemmed from his belief that the profit motive ran counter to morality. By seeking riches, man was drawn away from virtue. “The gentleman understands what is moral,” Confucius said. “The small man understands what is profitable.” This isn’t to say that Confucius was against financial success entirely. He implied that amassing great wealth is fine—as long as one attains it while engaged in strictly virtuous behavior. “Wealth and high station are what men desire but unless I got them in the right way I would not remain in them,” he said. “Poverty and low station are what men dislike, but even if I did not get them in the right way, I would not try to escape from them.” In Confucian thought, wealth would come to those who were virtuous and wise. A good king could bring prosperity to himself and his entire kingdom if he followed the Way. “Virtue is the root; wealth is the result,” The Great Learning asserts. In economics as well as politics, Confucius believed that moral power was stronger than physical force.

For the most part, though, Confucians thought that China’s elite did not earn their riches honorably. The Confucians tended to disapprove of commerce in general, seeing finance and trading, which they considered “secondary” economic activities, as inherently corrupting and ultimately dangerous for a country’s overall well-being. Rather than actually adding to production, merchants, they believed, merely bought and sold what others made through sweat and toil, skimming off unwarranted profits in the process. Confucians preferred economic policies that favored the farmers, whom they portrayed as honest laborers engaged in the “primary” activity of producing real goods. “When the secondary is practiced, the people grow decadent, but when the primary is practiced they are simple and sincere,” the Confucians told the state’s officials in their 81 bc debate. “When the people are sincere then there will be sufficient wealth and goods, but when they become extravagant then famine and cold will follow.”

The Confucian bias against commerce became enshrined in the concept of the “four occupations.” Merchants, parasitic and profit-crazed, rested on the bottom of the hierarchy, below scholar-officials, who were at the top; farmers, those paragons of honest labor, took the second rung; and artisans, the third group, supported themselves with their own skills. Those who sought wealth were seen as enemies of the greater good; by the Confucians’ reckoning, the super-rich won their fortunes on the backs of the common folk. That led to a belief among Confucians that the state had a responsibility to promote economic equality and to regulate free enterprise to prevent abuses.

In his critical memorial to Emperor Wu, Dong Zhongshu blamed the economic ills of the day on the concentration of wealth in the hands of a powerful and greedy few. “The rich bought up great connecting tracts of ground, and the poor were left without enough land to stick the point of an awl into,” he complained. “How could the common people escape oppression?” That’s why he, and many other Confucians after him, pressed for measures to improve income equality. Dong preferred a landownership system that equalized the size of plots across the populace, in that way ensuring that each farming family could sustain itself and would not be exploited by large landlords. He did not get heard on this point, and Confucians reiterated this recommendation for centuries to come.

The Confucians may not have won every argument, but they still held great sway over Chinese economic policy. For centuries, the civil servants who managed the economy had been indoctrinated with the sage’s ideas through the examination system, and inevitably, these ideas filtered into government decision making. The result was what Columbia University professor Madeleine Zelin calls “a Confucian political economy.” Despite their inability to break Emperor Wu’s monopolies, the Confucian preference for a free economy generally prevailed throughout most of China’s history. In the imperial age, China was a predominantly private market economy. Land was bought and sold freely, and traders and artisans usually were allowed to go about their business. Confucius’s hand was felt most heavily in the government’s tax and expenditure practices. The bureaucracy, for the most part, shied away from imposing heavy duties on the people. That created its own problems—a perpetually underfunded yet expansive state—but the Confucian principle remained preeminent.

Whatever impact Confucius had on the Chinese economy, for long periods of history China was the richest country in the world. Economist Angus Maddison figured that China and India were the two largest economies in the world for most of the Common Era. But China’s position began deteriorating rapidly in the nineteenth century. In 1820, China accounted for 33 percent of world output, according to Maddison, and Western Europe and the United States a combined 25 percent. But by 1950, China held a measly 4.6 percent, while the West commanded nearly 57 percent. Not only had China failed to keep pace with the West in science and technology, but it had also fallen far behind in economic innovation. The Industrial Revolution, which propelled the West to its new wealth and power, had left China almost untouched, and the country entered the twentieth century by and large an agrarian society. Nor did China develop the types of institutions that had allowed industrialists, investors, and entrepreneurs in the West to mobilize capital on a massive scale—such as stock markets and modern corporations and banks. The bottom line was that the West developed capitalism and China didn’t.

That fact was a puzzle. As was true in regard to the sciences, China was far more advanced economically than Western Europe for most of history, yet the country wasn’t able to develop a relatively modern capitalist-style economy until the final two decades of the twentieth century. Why, scholars began to ask, did the Industrial Revolution occur in the West and not the East? And once the wonders of Western capitalism became apparent to the world, why was China unable to effectively adopt it? In the search for answers, Confucius took it on the chin once again. Confucian culture and social systems, the thinking went, were resistant to capitalism and lay at the heart of China’s economic weakness.

This argument was put forward most insistently by German sociologist Max Weber in his treatise The Religions of China, originally published in German (under a different title) in 1915. Weber had already made the case in his most famous work that capitalism had emerged in Western Europe because the Protestant religion possessed the necessary “spirit” to make it happen. After examining Chinese society, Weber concluded that Confucianism lacked a similar character, and that was why capitalism didn’t develop in China. Confucianism, Weber contended, placed too much emphasis on tradition and was too content with the status quo for capitalism to thrive in the societies dominated by it. Rather than encouraging the Chinese to alter the world for the greater good, engage in impartial business relationships, and amass practical, specialized knowledge, Confucianism wrapped the Chinese up in stodgy social conventions and old-fashioned economic practices, preventing modern capitalism from bubbling up in the East.

The reason Confucianism was anti-capitalist, Weber argued, could be found in its view of man’s place in the world. Confucianism, he noted, believed that man had a duty to conform to the prevailing social order by adhering to traditions and a code of behavior handed down from antiquity. The Confucians’ focus on harmony and tranquility led them to accept the existing state of things. As a result, the proper Confucian gentleman was incentivized to uphold tradition instead of seeking and advocating for change. Protestantism pushed Western Europeans to do just the opposite—that is, to alter the imperfect world in accordance with God’s will, which in turn spurred innovation and the capitalist spirit. “Confucian rationalism mean rational adjustment to the world; Puritan rationalism meant rational mastery of the world,” Weber wrote.

What Confucianism lacked, Weber determined, was a vision of the afterlife that compelled the Chinese to break free of tradition and fix a wicked world. Absolved of the fear of sinning against God or eternal damnation, Confucians were concerned merely with the rules of propriety of everyday life. Being a good person had nothing to do with true moral conduct; one could reach perfection simply by abiding by customary patterns of social behavior. “‘I have sinned’ corresponded to our ‘I beg your pardon,’” Weber quipped. With no grander calling from God, the Confucians became obsessed with mundane matters—including (seemingly paradoxically) the acquisition of wealth. “In no other civilized country has material welfare ever been so exalted as the supreme good,” Weber wrote, because Confucians perceived the “value of wealth as a universal means of moral perfection.”

The problem, according to Weber, was that petty penny-seeking destroyed the trust necessary to conduct proper capitalist business transactions. “This distrust handicapped all credit and business operations and contrasted with the Puritan’s trust, especially his economic trust in the absolutely unshakable and religiously determined righteousness of his brother in faith,” Weber wrote. “The Confucian’s word was a beautiful and polite gesture as an end in itself; the Puritan’s word was an impersonal and businesslike communication, short and absolutely reliable.” Making that problem even worse was the Confucian obsession with filial piety. Since Confucians were to favor family and others close to them over everybody else, the fair and impersonal economic transactions necessary for the functioning of modern capitalism were unable to develop.

Weber’s analysis has to be taken with a rather large grain of salt. Perusing Weber, one gets the sense that he examined Confucian traditions with a predetermined derision rather than the open mind fitting for a proper scholar. His notion that Confucianism encouraged greed and moral laxity is only the most obvious misrepresentation of Confucius’s teachings. Nevertheless the idea that Confucianism and capitalism didn’t mix entered the standard explanation for China’s economic failings. Confucianism was blamed for squelching the personal independence necessary for capitalist entrepreneurship and fostering a disdain for merchants—who, after all, were dumped at the bottom of the Confucian occupational order. “The different economic growth of Europe and China is symptomatic of the total cultural difference between them,” historian John King Fairbank and his colleagues wrote.22 The implications for Confucius were clear. Just as Chinese revolutionaries and feminists believed that Confucius was preventing Chinese society from reforming politically and socially, scholars and historians thought Confucianism was stopping China from progressing economically. Confucius was again accused of being incompatible with the modern world.

Excerpted from "Confucius: And the World He Created" by Michael Schuman. Available from Basic Books, a member of The Perseus Books Group. Copyright © 2015. Reprinted with permission of the publisher. All rights reserved.

Michael Schuman has been a correspondent for Time and the Wall Street Journal, covering Asia and the global economy. The author of The Miracle: The Epic Story of Asia’s Quest for Wealth, Schuman lives in Beijing, China.