A look at what's been lost to history 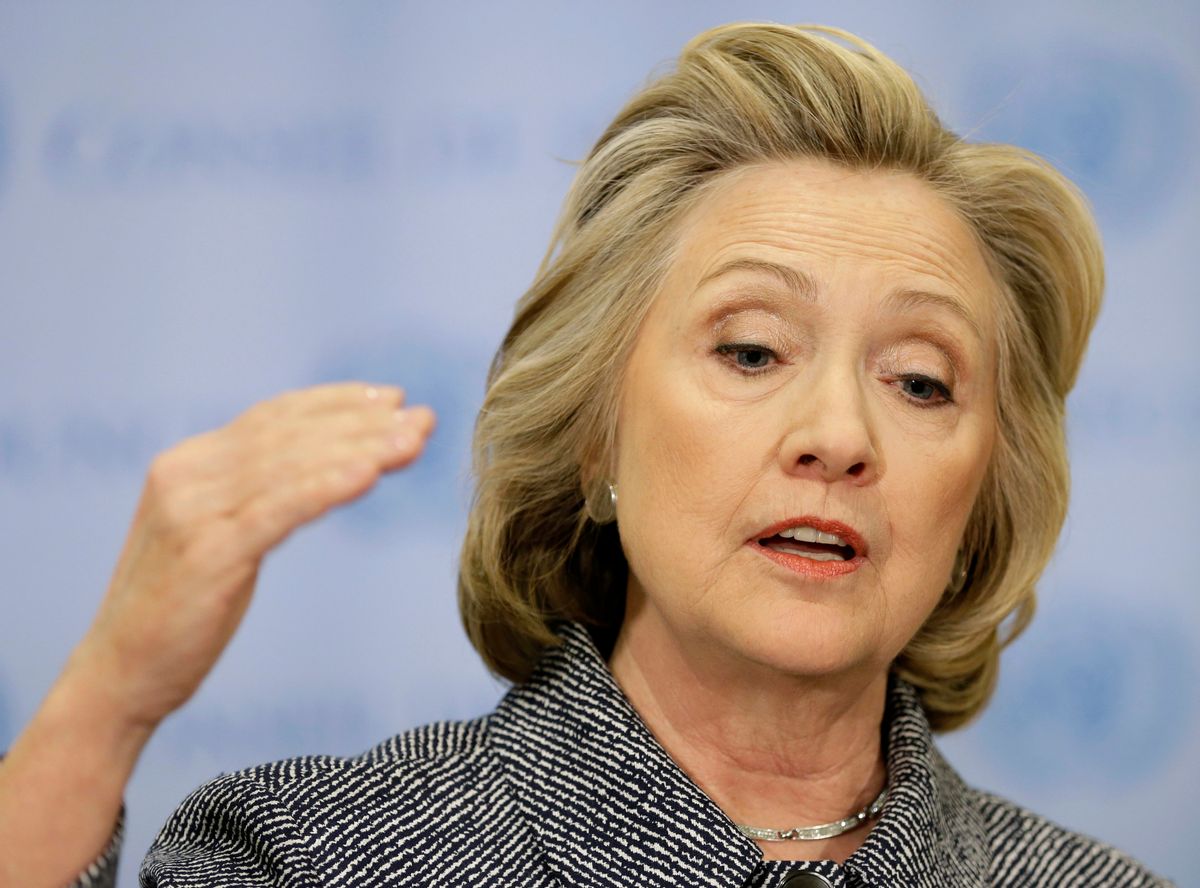 FILE - In this March 10, 2015 file photo, former Secretary of State Hillary Rodham Clinton speaks to the reporters at United Nations headquarters. In the never-ending quest to preserve the government's history, there have been plenty of weapons of mass destruction. Before there were delete keys on computers, there were paper shredders, "erase" buttons on tape recorders and trash cans. The current dustup over access to Hillary Rodham Clinton's emails as secretary of state is causing historians and government record-keepers alike to take stock of what may be a best-of-times, worst-of-times moment for saving government records. (AP Photo/Seth Wenig, File) (AP)
--

A look at what's gone but not forgotten:

In June 2005, a federal judge ordered the Bush administration to safeguard "all evidence and information regarding the torture, mistreatment, and abuse of detainees now at the United States Naval Base at Guantanamo Bay." Five months later, the CIA destroyed hundreds of hours of interrogation videos of suspected terrorists Abu Zubaydah and Abd al-Rahim al-Nashiri, who were being held overseas in a network of secret CIA prisons. By the time President George W. Bush acknowledged the existence of those prisons and the prisoners were transferred to Guantanamo, the tapes were long gone.

The State Department used high-speed shredders "Igor One" and "Igor Two" to shred millions of unsuccessful immigration applications containing personal details and photographs that some officials believed could be useful in fighting terrorism. Many of the visa applicants were from countries the U.S. government considered sponsors or harbors of terrorists. After the shredding practice was revealed in 2002, the department promised to retain applications while other federal agencies checked the material for possible intelligence value.

In 1998, Rep. Bill Paxon, R-N.Y., maneuvered to push out House Majority Leader Dick Armey, R-Texas, in hopes of eventually becoming the next Republican speaker after Newt Gingrich of Georgia. Paxon changed his mind and announced he was retiring from Congress. "I took those lists last night and I put them through that paper shredder," Paxon said of the notes he had made of conversations with GOP colleagues.

In 1994, two college students working as couriers at the Rose Law Firm in Little Rock, Arkansas, Hillary Rodham Clinton's former law firm, said they were asked to shred documents around the time a special prosecutor was named to investigate the Whitewater development deal. They said the papers had the initials of Vince Foster, the deputy White House counsel who committed suicide, but that they didn't believe the files were related to Whitewater. The firm said none of Foster's files was destroyed.

TALE OF THE TAPES

President Richard Nixon came to regret that he hadn't destroyed the White House audiotapes that contributed to the undoing of his presidency. "The fat was in the fire," Leonard Garment, who worked in the Nixon White House, later wrote. "To Nixon's everlasting regret, the tapes were not."

In 1979, Iranian radicals who stormed the U.S. Embassy in Tehran and took 52 Americans hostage pieced together strips of paper that had been shredded by embassy staff. As a result, shredders that cut paper into tiny bits were introduced across the U.S. government.