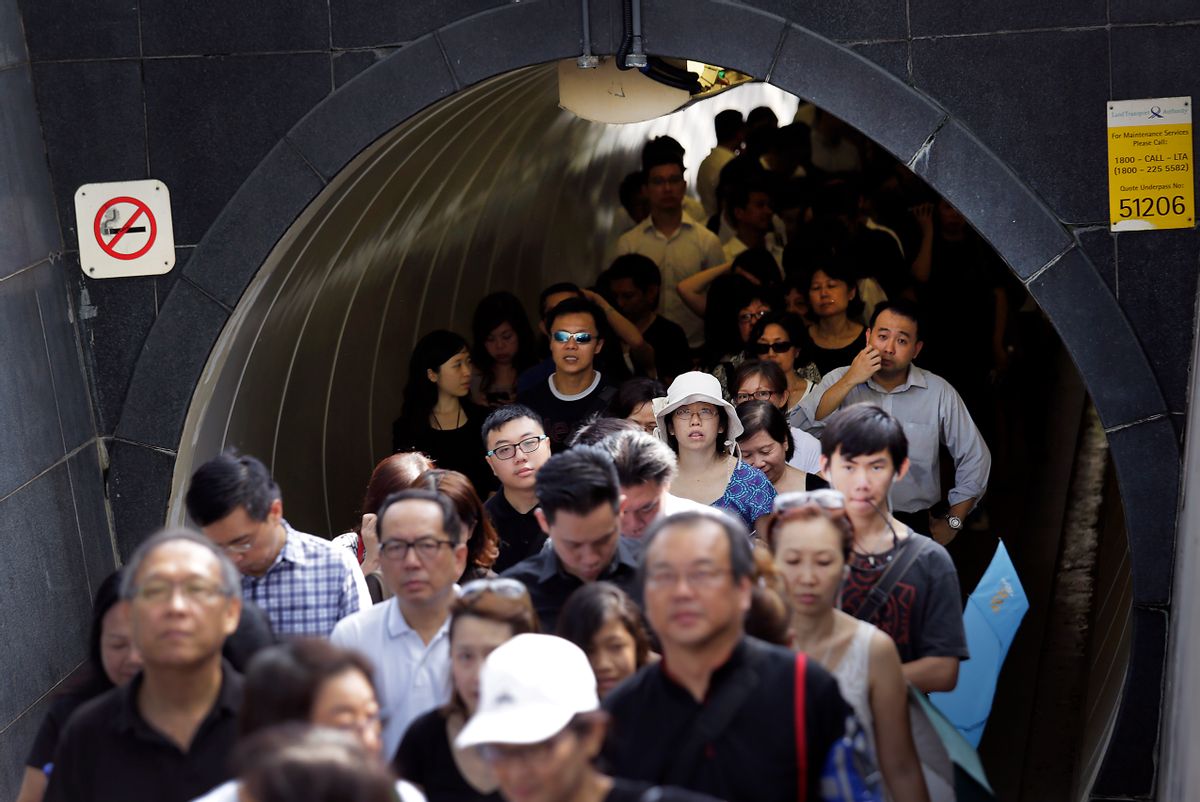 In this Thursday, March 26, 2015, file photo, members of the public wait in line to pay their respects to the late Lee Kuan Yew at the Parliament House where he is lying in state for four days, Thursday, March 26, 2015, in Singapore. Lee, 91, died Monday at Singapore General Hospital after more than a month of battling severe pneumonia. (AP Photo/Wong Maye-E) (AP)
--

In other scenes from around Asia last week, the Dalai Lama attended the opening day of the Shotan festival, during which Tibetans eat yogurt and enjoy traditional opera, while Hindu girls in India recognized as "kumari," or living goddesses, participated in ceremonies during the Ram Navami festival.

At a candlelight rally in Bangladesh, activists remembered those who were killed in 1971 on the eve of the country's independence from Pakistan.

Indians were on edge watching their team play in the World Cup cricket semi-finals, a match India lost to Australia by 95 runs. Australia went on to win the title, its fifth.