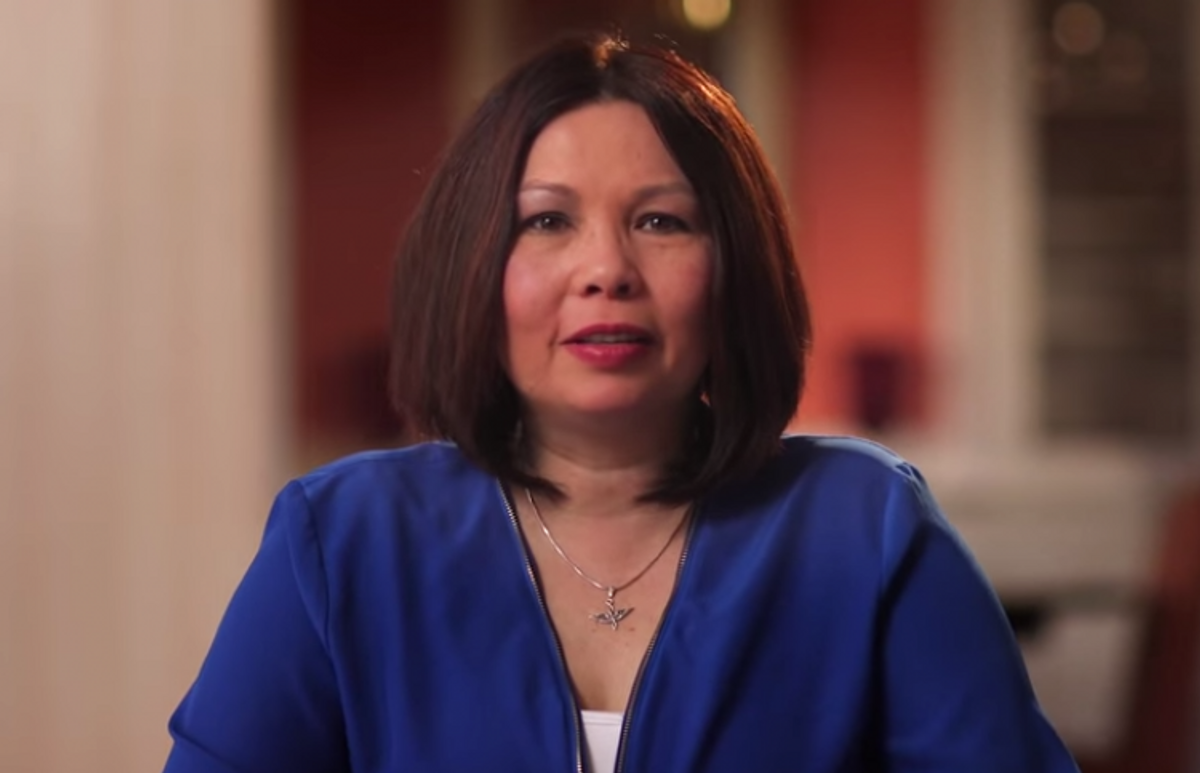 Boosting her party's hopes of retaking the Senate in 2016, Democratic Rep. Tammy Duckworth of Illinois on Monday announced that she would challenge first-term Republican Sen. Mark Kirk next year.

In her announcement video, the Iraq war veteran and second-term congresswoman from a suburban Chicago district pitched herself as a populist fighter for the middle class, relating that her family relied on food stamps after her father lost his job and saying that she paid her way through college with loans, Pell Grants, and "lots of waitressing."

Duckworth, a new mother, vowed to expand educational opportunities from pre-kindergarten through college, and proposed tax cuts for small businesses and the middle class.

A triple-amputee after her helicopter was shot down by rocket-propelled grenade fire in Iraq, Duckworth mounted her first congressional bid in 2006, narrowly losing to Republican Peter Roskam. She went on to lead the Illinois Department of Veterans Affairs before assuming a post with the federal VA Department under President Obama. In 2012, Duckworth returned to Illinois to challenge Rep. Joe Walsh, an inflammatory Tea Party Republican. Aided by a redistricting process that made the district more Democratic, Duckworth ousted Walsh and proceeded to win a second term in 2014.

Before taking on Kirk, Duckworth must first lock up the Democratic nomination. Given Kirk's vulnerability in a Democratic-leaning state in a high-turnout presidential year, a number of Democrats have eyed the contest, including Duckworth's House colleagues Bill Foster, Robin Kelly, and Cheri Bustos. But with Democrats eager to win back Senate control, the party may ultimately coalesce behind Duckworth.

Illinois presents Democrats arguably their best opportunity to knock off a GOP incumbent next year. (Wisconsin Sen. Ron Johnson may be more vulnerable than Kirk, particularly if former Sen. Russ Feingold makes a comeback bid.) Kirk defeated a flawed Democratic challenger by less than two points in 2010, and in addition to the Democratic bent of a presidential-year electorate, Kirk may also fall victim to voter discontent with the budget-slashing policies of newly minted GOP Gov. Bruce Rauner.

While Kirk has bucked his party on issues like abortion rights, marriage equality, and gun control, he is one of the Senate's most outspoken foreign policy hawks, and he has also discarded his past support for action to curb climate change. Kirk will undoubtedly seek to distance himself from his party next year, particularly if the GOP nominates a very conservative presidential candidate. Democrats must gain four seats to reclaim the Senate -- five if the next president is a Republican, with a GOP vice president breaking a Senate tie. Without Illinois, it's exceedingly difficult to see the party accomplishing that feat.

A December poll showed a hypothetical Duckworth-Kirk race to be a tossup, with Duckworth winning 45.6 percent of the vote and Kirk taking 45 percent.