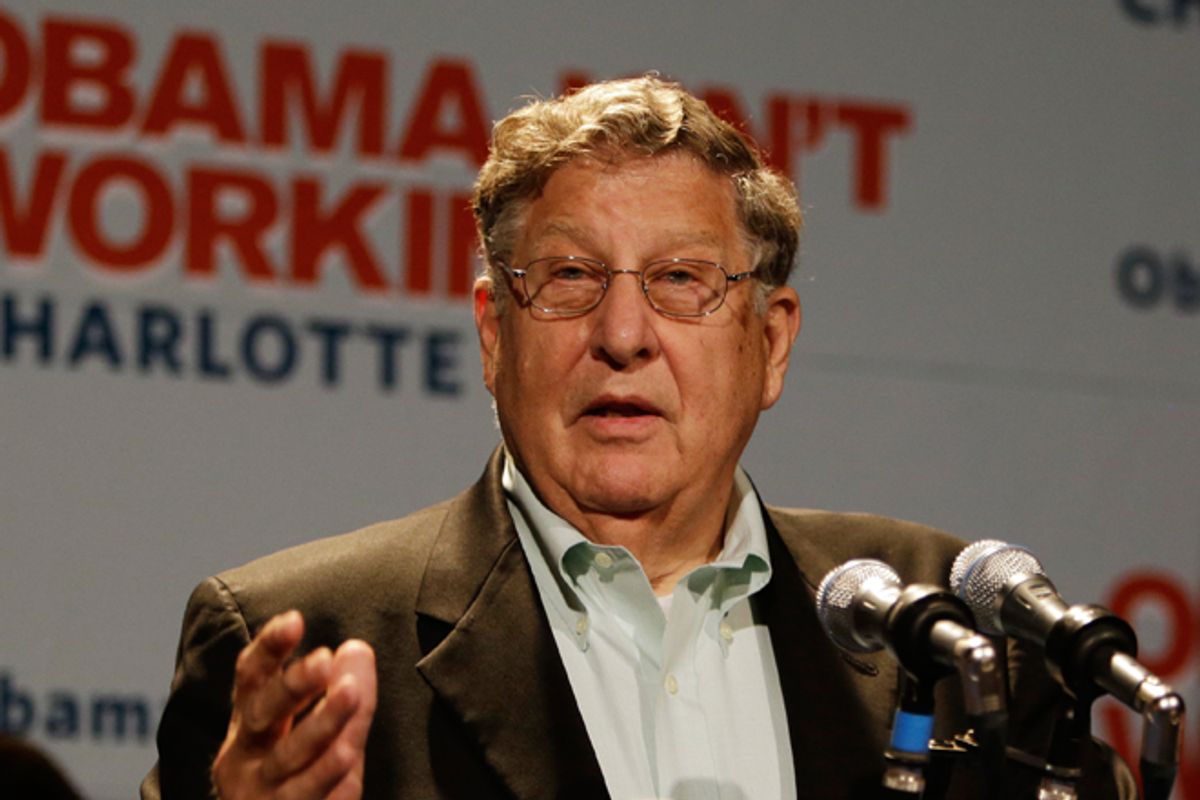 He's the former New Hampshire governor and Mitt Romney 2012 surrogate who created no shortage of headaches for Mittens' campaign with his statements questioning President Obama's patriotism and suggesting that former Secretary of State Colin Powell had only endorsed Obama because both men are black. The bulbous Sununu both looks and sounds like he could be your cantankerous conservative uncle, so he's naturally the kind of guy who's always welcome at Fox News.

So there he was on Fox's "America's Newsroom" on Monday, weighing in on the news that Obama will travel to Kenya for the first time in his presidency. The president will be in the country of his father's birth for this summer's Global Entrepreneurship Summit, but Sununu detected an ulterior motive.

“I think his trip back to Kenya is going to create a lot of chatter and commentary amongst some of the hard right, who still don’t see him as having been born in the U.S.," Sununu said, referring to the so-called birther conspiracy theorists.

Putting forth his own conspiracy theory, Sununu continued: "I personally think he’s just inciting some chatter on an issue that should have been a dead issue a long time ago."

Makes perfect sense. Rile up the birther kooks, make the opposition look insane, and Obama is sure to win re-election in 2016.