Rick Perry's Iowa absurdity: What his new ad reveals about the first-in-the-nation state

The Texan cut a ludicrous ad about how often he visits Iowa. Here's what it really drives home about this country 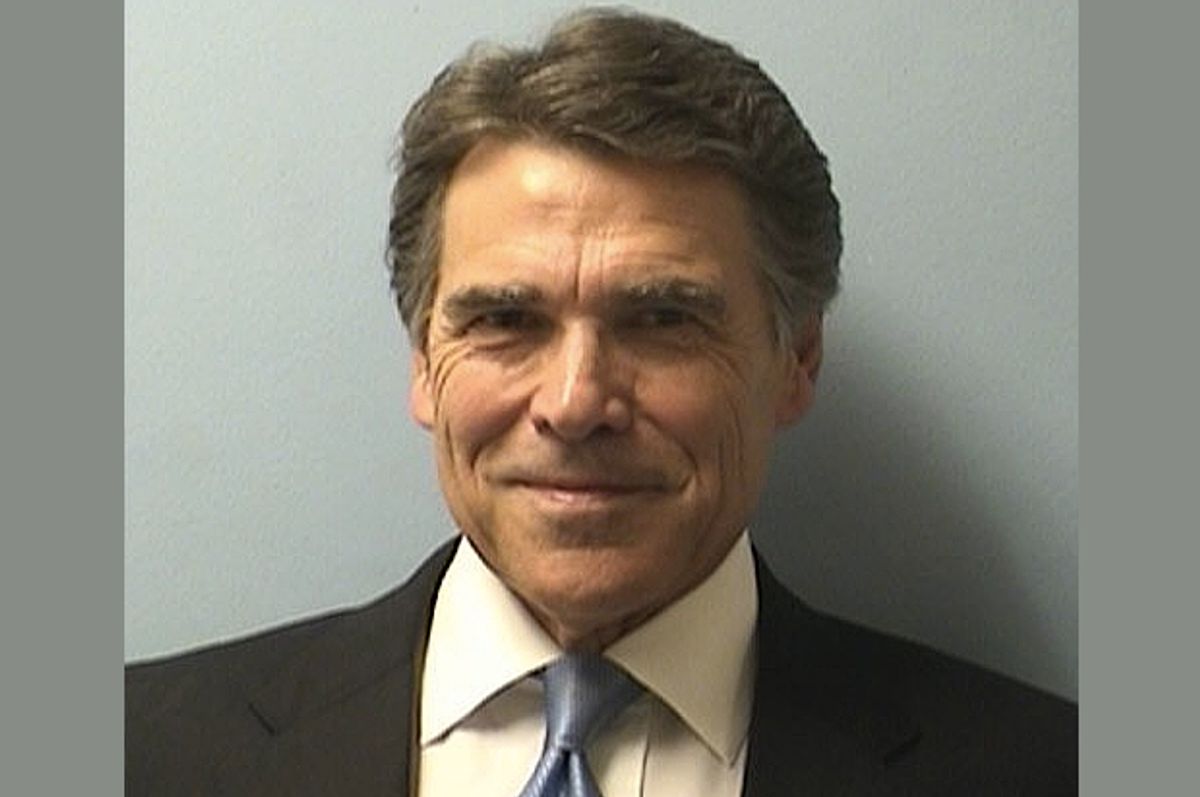 You’ve probably already forgotten it by now, but there was some messy business a couple of weeks back involving Wisconsin Gov. Scott Walker and a “controversial” aide he had hired for his very-probably-going-to-happen presidential campaign. The aide in question, Liz Mair, is a Republican consultant and enthusiastic Twitter user, and after she was picked up by Team Walker, the hot scoopers at Breitbart News dug through her tweets and found that she held some policy positions that weren’t in alignment with those of her new boss.

That’s not really at all scandalous, unless you subscribe to the absurd idea that every person in a sprawling and chaotic presidential campaign team should have the exact same policy views as the candidate. What got Mair in trouble, though, were her tweets mocking the sacrosanct state of Iowa, which holds the “first in the nation” presidential caucus every four years. “The sooner we remove Iowa's frontrunning status, the better off American politics and policy will be,” she wrote, poisonously.

This brought down all sorts of hell from Iowa Republicans, who demanded her head for not respecting the state and questioning Iowa’s inviolable right to go first. “It’s obvious she doesn’t have a clue what Iowa’s all about,” the state Republican chairman told the New York Times. “I find her to be shallow and ignorant.” Mair quickly resigned, and defended much of what she’d said while apologizing for her tone of some of her tweets.

I have no particularly strong feelings about whether she should have stayed with the campaign, but on the merits, Liz Mair was absolutely right. Iowa should be stripped of its closely guarded and completely arbitrary preferred status in American politics. And the fact that everyone has bought in to Iowa’s unquestioned primacy in the presidential nominating contests is resulting in candidates doing very stupid things.

There is no actual reason for Iowa to be the “first in the nation” every presidential primary season. It’s a small state with no great deal of economic or cultural influence, and its population is wildly unrepresentative of country as a whole. But every four years the people who want to be president have to bow and scrape to this wee little sliver of the American Midwest and lie about how much they love corn. This, in turn, lends outsized influence to Iowa politicians like governor-for-life Terry Branstad and nativist whackadoodle Steve King, who have come to expect that their rings and asses should be kissed by anyone who wants to make it to the White House.

The state enjoys this completely unearned perk because it just happened to schedule its caucus before everyone else back in 1972. The state never intended to be first, it was a complete accident. And nobody really cared which state went first until Jimmy Carter made it a thing in 1976. Since then Iowa has been jealously guarding its “first in the nation” status as though it were a divine right. But the only justification for Iowa being “first in the nation” is that Iowa always goes first. It’s pernicious question beggary that is LITERALLY COSTING PEOPLE THEIR JOBS. Well, one person anyway.

But here we are, with the 2016 race semi-officially begun, and the quadrennial Iowa suck-up is already in high gear. The stupid business with Walker and his ex-aide has left an opening for other Republicans to demonstrate their true love and fealty for Iowa. Rick Perry is trying to do precisely that – his political action committee just recently released an ad titled “Iowa,” and it is literally about how much time Rick Perry has spent in Iowa, as if that’s some sort of accomplishment.

Here’s the ad, which is hilarious.

Oh there’s just so much to soak in from that ad: the flat expanses of Iowa flatness, the quick cuts to happy and smiling white people bedecked in various flavors of plaid, the gigantic “IOWA” that covers the screen in eleven thousand-point font, and diners upon diners. And all of it narrated by Rick Perry, who drawls out pretty much every political cliché that’s ever existed, each one unconnected to the one that preceded it. “We need somebody who can stand up and say, ‘Listen, let’s quit fighting each other, let’s find the places that we can agree on,'” says the man who also says things like this.

Above all else, though, the ad features a delightful extended shot of Rick Perry delivering a speech while doing this with his hands, like he’s pretending to ski, or driving a really big truck, or holding two imaginary sparklers. Again the message of this ad is that Rick Perry goes to Iowa a lot. People in Iowa already know that Rick Perry goes to Iowa a lot, but this ad exists simply to remind them that his love for Iowa burns hotter and cleaner than E85 anhydrous ethanol fuel. “I frequently go to Iowa” is a bad reason to make someone president, but this is the reality we inhabit because no one is willing to question Iowa’s completely meritless claim to being “first in the nation.”