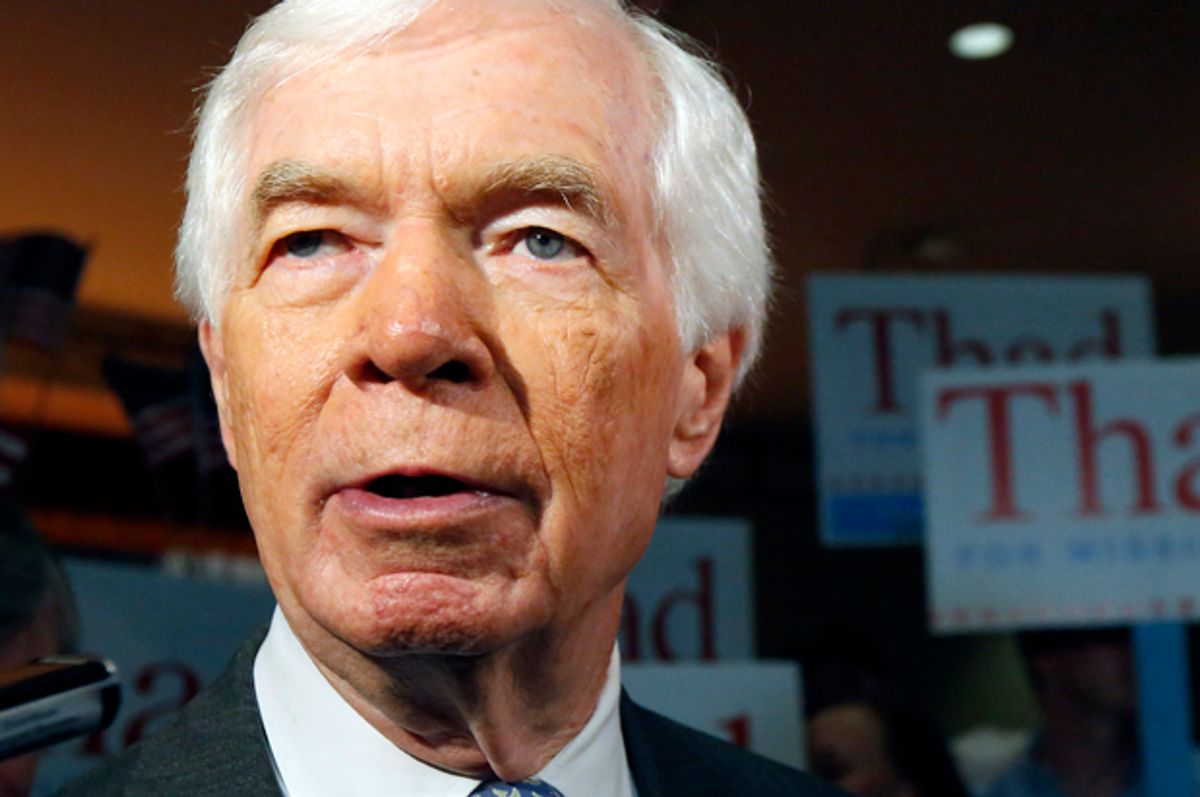 With Loretta Lynch's confirmation vote to succeed outgoing Attorney General Eric Holder poised to go down to the wire, her fate could hinge on a Republican senator who has no idea whether he's met with her since President Obama nominated her in November.

As the New York Times' Jonathan Weisman and Jennifer Steinhauer note today, Lynch's nomination has encountered opposition from all but a handful of Republican senators, with many GOP opponents citing her support for the legality of President Obama's executives actions on immigration. Four Republicans in the GOP-controlled chamber -- Susan Collins of Maine, Lindsey Graham of South Carolina, Orrin G. Hatch of Utah, and Jeff Flake of Arizona -- have announced that they'll vote for Lynch, and attention has now turned to five more moderate conservative senators who have yet to state their positions: Mark Kirk of Illinois, Dean Heller of Nevada, Rob Portman of Ohio, Lisa Murkowski of Alaska, and Thad Cochran of Mississippi.

But Cochran isn't even sure whether he's met Lynch, Weisman and Steinhauer report:

Mr. Cochran, who said he could not recall if he had met with Ms. Lynch, said race would not be a consideration.

If every member of the Democratic caucus votes for Lynch and she only wins the backing of the four GOP senators who have already announced their support, the vote count will be 50 in favor and 50 opposed, with Vice President Joe Biden likely to break the tie and ensure her confirmation. But Lynch may not be able to count on unanimous Democratic support: New Jersey Sen. Bob Menendez, who is likely to be indicted by the Justice Department on corruption charges, may opt to sit out the vote, potentially sinking her nomination.

Lynch's nearly five-month wait for a confirmation vote is the longest faced by any attorney general nominee in three decades. Senate Majority Leader Mitch McConnell has refused to bring her nomination before the chamber until senators resolve an abortion-related impasse on human trafficking legislation.