Once upon a time, prisoners of war weren't treated like terrorists, and people got their day in court. That's over 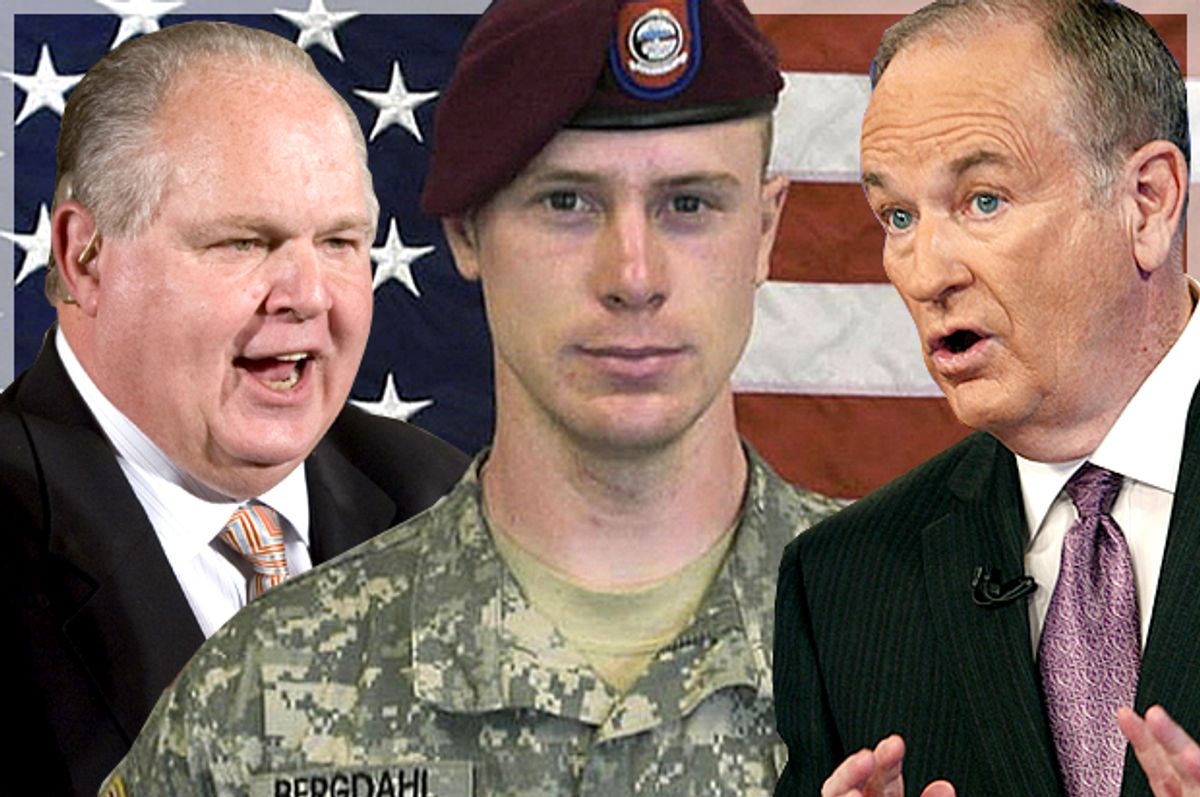 Back in the mid-2000s, as the debacle of the Iraq War unfolded and the argument over it became ever more heated, a number of veterans came forward to criticize the war effort and share their misgivings about the task they had been assigned. This is not unusual in highly controversial wars for obvious reasons. Vietnam is the most vivid example, having been hotly debated throughout society with veterans such as our current secretary of state, John Kerry, even appearing before Congress to bring charges of war crimes and atrocities.

The Iraq veterans tended to be more muted in their criticism and American society in general made a conscious effort to be extremely considerate of those who served, in some part, to fend off accusations by conservatives that criticism of the war was tantamount to criticism of the troops. (Much of this was likely in reaction to the Vietnam era myths about spitting on returning soldiers.) But just as it had been in the 1960s and '70s, it was the the right that was openly contemptuous of men and women who served -- if they spoke out. Perhaps the most famous example was the very patriotic Rush Limbaugh who called veterans who criticized the war "phony soldiers,"  suggesting that their time on the battlefield wasn't true service because of their political beliefs. It had long been clear that these conservatives believed patriotism requires that everyone agree with them, but it was still a little bit startling to see that requirement extended to military personnel who had served in a war zone. You'd think they, at least, would have earned the right to their opinions.

It shouldn't, therefore, be surprising that while these right-wingers are reverent toward the uniform and the flag (to the point where they are even willing to defend them torturing prisoners in order to "blow off steam") they are equally quick to announce that the prisoner of war Bowe Bergdahl should have been left in the hands of the Taliban. One would think that the idea of leaving an American who had been tortured for five years by a ruthless enemy to rot would strike them as at least slightly unpatriotic, but apparently his alleged desertion and political thought crimes are so abhorrent that the U.S. government should abandon its tradition (as well as its legal and moral obligation) to exchange prisoners of war going all the way back to George Washington.

It's not hard to imagine that if the president had been named Bush and the prisoner had left behind a diary proclaiming his love for Rush Limbaugh the right wing that today insists that Bergdahl is a traitor would be throwing parades in his honor, deserter or not. He was, after all,  held for nearly five years by the enemy, something that would probably be seen as heroic if it weren't for his hippie-dippy beliefs. If we have learned anything by now it's that for all their pompous flag-waving, the right only supports some of the troops.  The government should probably take a poll among them before deciding which soldiers are worthy of the nation's concern.

After an investigation the government determined this week that Bergdahl should be charged with desertion and "misbehavior before the enemy" at which point many conservatives determined that the case was closed, Bergdahl was a traitor. In reality, all that had happened was that a prosecutor had determined that a case should be presented, to a sort of military grand jury. If that tribunal determines there is enough evidence to indict, Bergdahl will face a court-martial. Wednesday night, on "All In With Chris Hayes," Bowe Bergdahl's attorney read the details of the "misbehavior" charge on the show and they are basically charging that he put his fellow soldiers at risk by wandering off and making them look for him. (He also pointed out this is essentially just a different charge for the crime of desertion.) In fact, this charge is so obscure and rare that he's never seen it in his more than 40 years of experience with the military justice system. (Neither could any military lawyer contacted by the New York Times.)

And it bears mentioning that the complaint that he endangered his fellow troops (a claim that's engendered controversy)  has long been one of the main rationales for condemning Bergdahl by those who have judged him unworthy of the U.S. government's traditional commitment to bring prisoners of war home from the battlefield. (Some even seem to think, without evidence, that he defected.) By pressing this odd misbehavior charge, at least some members of the military justice system appear to have adopted this somewhat strained line of argument, which certainly gives rise to suspicion that there are politics involved in this. (The fact that Bill O'Reilly, of all people, was the recipient of an early leak of the desertion charge certainly lends credence to such speculation.)

They also pretend to be gravely concerned about those five Guantánamo prisoners who were exchanged. Evidently they believe that these five Taliban men are so uniquely powerful and their freedom represents such an existential threat that trading them for a POW is a danger to America. This is the most fatuous argument of all and yet it's cited by everyone from O'Reilly to ex-CIA chief Leon Panetta who appeared on Andrea Mitchell's show on Wednesday to declare that while  it's important to retrieve American prisoners of war he was always very leery of letting those Taliban go free.  (Panetta can always be counted upon to show up after the fact to tell everyone who will listen that he was much smarter than whoever he was working for at the time.) But unless these prisoners were getting advanced terrorist training in Guantánamo (in which case someone needs to look into what the military provides in the way of continuing ed down there) it's very unlikely that middle-aged men who've been held for more than a decade in prison are going to present more of a  threat to America than the group of young radicals who've grown up in Afghanistan during the long war we've been fighting there. There is nothing dumber than the insistence that this global war or terror -- or war on Islamic fundamentalism or War of the Worlds or whatever the right wing wants to call it this week -- is going to be won or lost depending on whether we keep those pathetic, aging prisoners cooped up in Guantánamo forever.

Sadly, however, we do seem to be casually breaking yet another of our previously settled civilized norms without a second thought. There was a time when we had decided that wars of choice were off the table. We managed to bust that one all to pieces with the invasion of Iraq. For many, many years we had believed that torture was taboo but that's obviously no longer operative. The torture genie is out of the bottle, especially for unfortunate Americans. And now we are in the process of degrading and abandoning the very long tradition of trading prisoners of war. And we've decided that enemy prisoners of war should be held forever, a cruelty reserved only for suspected terrorists up until now.

Bowe Bergdahl will get his day in court. Despite the premature celebrations in right-wing media, he has not been convicted of anything yet. But the verdict is in on America. This country has never been perfect by any means but we were progressing. Today, civilized norms we took for granted for centuries are being discarded one after another. And in this political environment it's very hard to see how we get them back.