When a kidnapped child comes home: The surprising emotional intelligence of "Finding Carter" 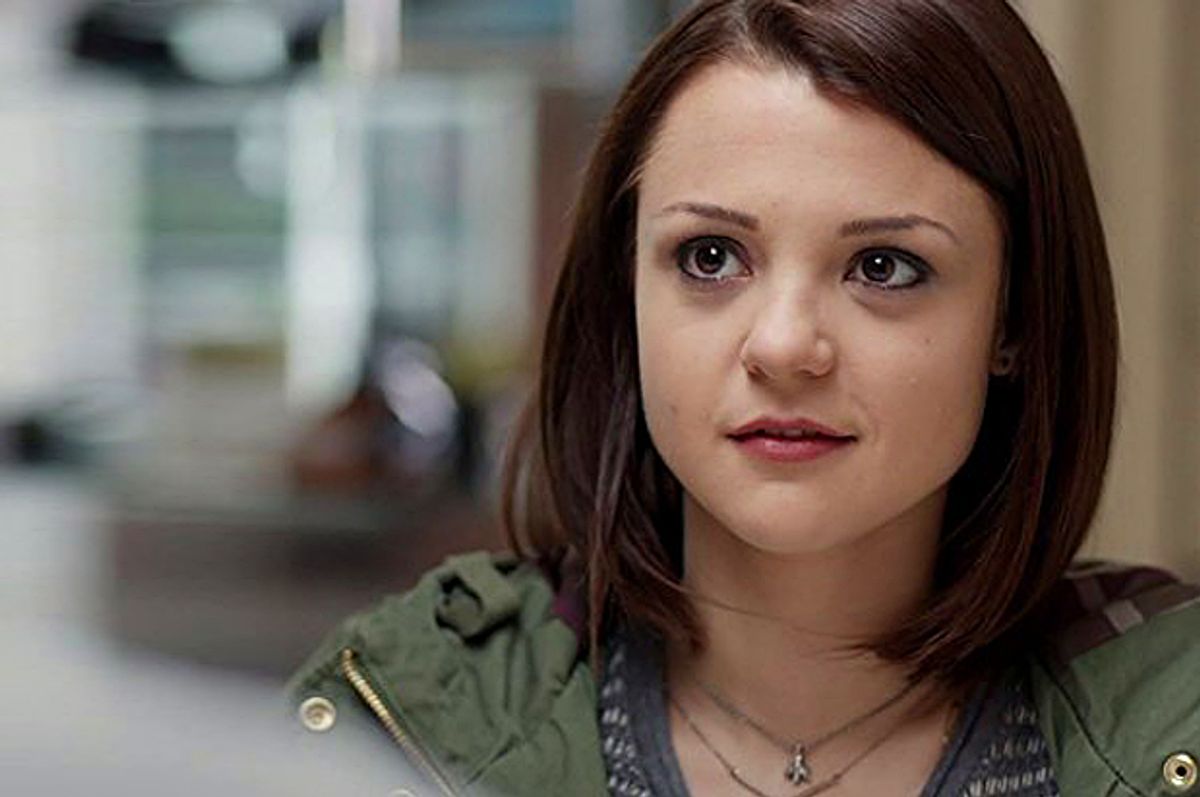 Yes, “Finding Carter” is a teen drama on MTV loosely based on Caroline B. Cooney’s iconic “The Face On The Milk Carton,” a 1990 book that turned into a fixture of young-adult literature as well as a tie-in film. And yes, when I say “drama,” I mean “soap opera,” more or less. “Finding Carter” has a melodramatic plottiness to it, such that each episode has splashy, dramatic treasures baked in. (A line from last season, delivered through tears: “I’m a mess. Because my best friend got shot. Because my boyfriend was the one that shot him. Because my friend betrayed me, and now, because my sister hates me.”)

Unlike most soaps, though, “Finding Carter” retains an emotional honesty that doesn’t get lost in the plot twists; it’s a drama that maintains the weight of drama, even when—especially when—it’s about young people’s lives. Carter Stevens, played with delicate nuance by Kathryn Prescott, gets hauled into a police precinct after a prank and discovers that her fingerprints match those of a girl abducted 13 years earlier. Her mom comes to pick her up from jail—but her mom is a near-stranger, a woman named Elizabeth (Cynthia Watrous). Carter isn’t named Carter, she’s in fact Lyndon; and even though both names are hilariously hip, the story quickly turns tragic. Carter’s whole life isn’t what she thought it was: The person she thought was her mom is in fact an emotionally abusive criminal, and Carter, a formerly fatherless only child, now has a dad, a brother, and a fraternal twin sister, on top of a new mom.

Where “The Face On The Milk Carton” spends the entire episode building up to the reveal—that the teenage girl, Janie, is in fact not her parents’ daughter—“Finding Carter” starts the plot with the world-changing event, and tells a story about picking up the pieces. What’s particularly lovely about that approach is that it presents Carter’s situation without offering a clear answer, and asks its characters (and by extension, its viewers) to exist in that complication. Carter is a reluctant refugee, with understandable feelings of connection to her former life and predictable teenage rebellion to any situation that unfolds without her consent. But the abuse she’s suffered—for it is abuse—forces her to understand both her abductor’s logic and her biological mother’s tragedy.

Carter is, at first, resistant to re-integrate to her new/old family— she decides to keep the name she grew up with, and hesitates to call Elizabeth “mom,” because in her mind, she has one already. She skips group therapy while the rest of her family attends, instead falling in with a crowd at school with too much money and easy access to drugs. And she also makes, at first, several attempts to reconnect to Lori (Milena Govich, who has mastered her deployment of slightly manic “crazy eyes” when she’s rationalizing her behavior to Carter). At the same time, she begins to discover more and more details of the life she was taken from—loving grandparents, a sister who truly gets her, and a family that nearly fell apart in the aftermath of her disappearance. “Finding Carter” takes a matter for the criminal justice system and makes it intensely personal—to a point where easy distinctions of right or wrong aren’t easily available. And Carter, in particular, is in a situation where she has to come to terms with the fact that loss and dishonesty and misuse have turned her into the person she is today—a painful reckoning that comes with its own self-loathing and fear, but a very human reckoning, too.

It wouldn’t work if Prescott couldn’t sell Carter’s emotional turmoil; it wouldn’t work, either, if the storytelling focused on the pulp of the story, at the expense of, for lack of a better word, the pith. But that’s where “Finding Carter”’s pedigree comes to bear. MTV’s done their homework on youth culture, and if the story as a whole feels outsize, the details feel intimately real. Carter and Taylor (Anna Jacoby-Heron) are mostly focused on their driving privileges and/or nailing down someone to make out with; Carter’s best friend Max (Alex Saxon), one of the best characters in the series, is just figuring out how to make enough money at the mini mart to afford the things his friends do. The show offers just as much weight to the romantic love triangles of the teenagers as it does to the crime-and-punishment concerns of the adults—which is how most of us live our lives, after all.

At the beginning of season two, which starts Tuesday night on MTV, the show opens with a familiar scene, of sorts—Carter is abducted once again, by an increasingly desperate woman who may have finally crossed one line too far. And though it does seem implausible that trouble might follow Carter around quite so much—who gets kidnapped twice?—I’m hooked on this little story of one person figuring her life out.