28 percent by 2025: The U.S. just committed to a decade of bold climate action 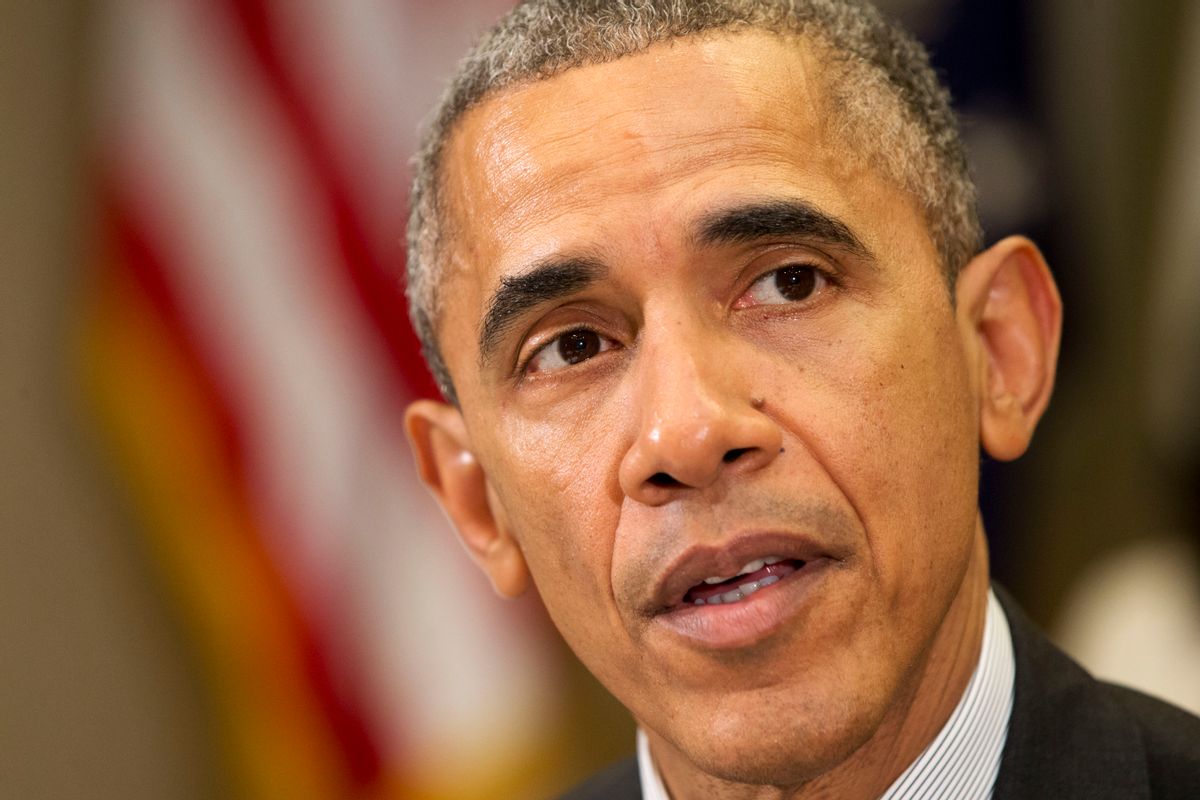 The U.S. plans to cut greenhouse gas emissions 26 to 28 percent below 2005 levels by 2025, an "ambitious and achievable" target officially reported Tuesday to the U.N. Framework Convention on Climate Change (UNFCCC).

This is the goal first announced back in November, as part of a historic deal with China: the U.S. pledged the 26 to 28 percent cut, while China committed to reaching peak emissions by 2030 the latest, and to having renewables make up 20 percent of its energy mix by that time. The deal was celebrated as a symbol to the rest of the world that the U.S. is committed to fighting climate change -- and a signal to detractors in this country who claimed that China would never get on board.

Reaching the goal, Obama adviser Brian Deese wrote in a blog post, "will roughly double the pace at which we’re reducing carbon pollution through cost-effective measures using laws already on the books":

What does that mean in practice? In our formal submission to the UN, we lay out several of the policies we are already using to achieve this goal, including the President’s historic fuel economy standards for cars, trucks, and heavy-duty vehicles; energy efficiency measures for buildings and appliances; and programs to phase down the potent climate pollutants known as HFCs, which have up to 10,000 times the global warming potential of carbon dioxide.

We also highlight ongoing activities that will further reduce our greenhouse gas emissions — including upcoming rules to limit methane emissions from the oil and gas sector and the EPA’s Clean Power Plan to curb carbon pollution from existing power plants, the single-biggest source of U.S. emissions.

Senate Majority Leader Mitch McConnell was quick to undermine the strong signal sent by the pledge, urging the international community not to take it seriously. "Considering that two-thirds of the U.S. federal government hasn’t even signed off on the Clean Power Plan and 13 states have already pledged to fight it," he said in a statement, "our international partners should proceed with caution before entering into a binding, unattainable deal.”

Most environmental groups, though, are pretty pleased with the details.

“The United States’ proposal shows that it is ready to lead by example on the climate crisis," said Jennifer Morgan, global director of the World Resource Institute's Climate Program, in a statement. "By enacting these common sense actions, the U.S. can grow its economy and save money through cleaner technologies."

But "the 28 percent domestic target can and must be a floor not a ceiling," warned Lou Leonard, the WWF's vice president for climate change. "As the largest contributor to climate impacts already here today, the United States has a responsibility to lead and do its fair share."

The U.S. isn't alone in its commitment to fighting climate change. Friday, Mexico pledged to hit peak emissions by 2026, and to reduce them 25 percent below their current trajectory by 2030. The European Union is promising a 40 percent cut in emissions below 1990 levels by 2030, as is Norway, and Switzerland is trying to half its emissions by that time. Russia pledged a 25 to 30 percent cut below 1990 levels by 2030 as well.

But it seems that most countries are going to miss the March 31 deadline for submitting their drafts. What we've got so far covers 29 percent of global emissions -- meaning we've still got a ways to go.