A look at widely criticized Indiana law on religious freedom 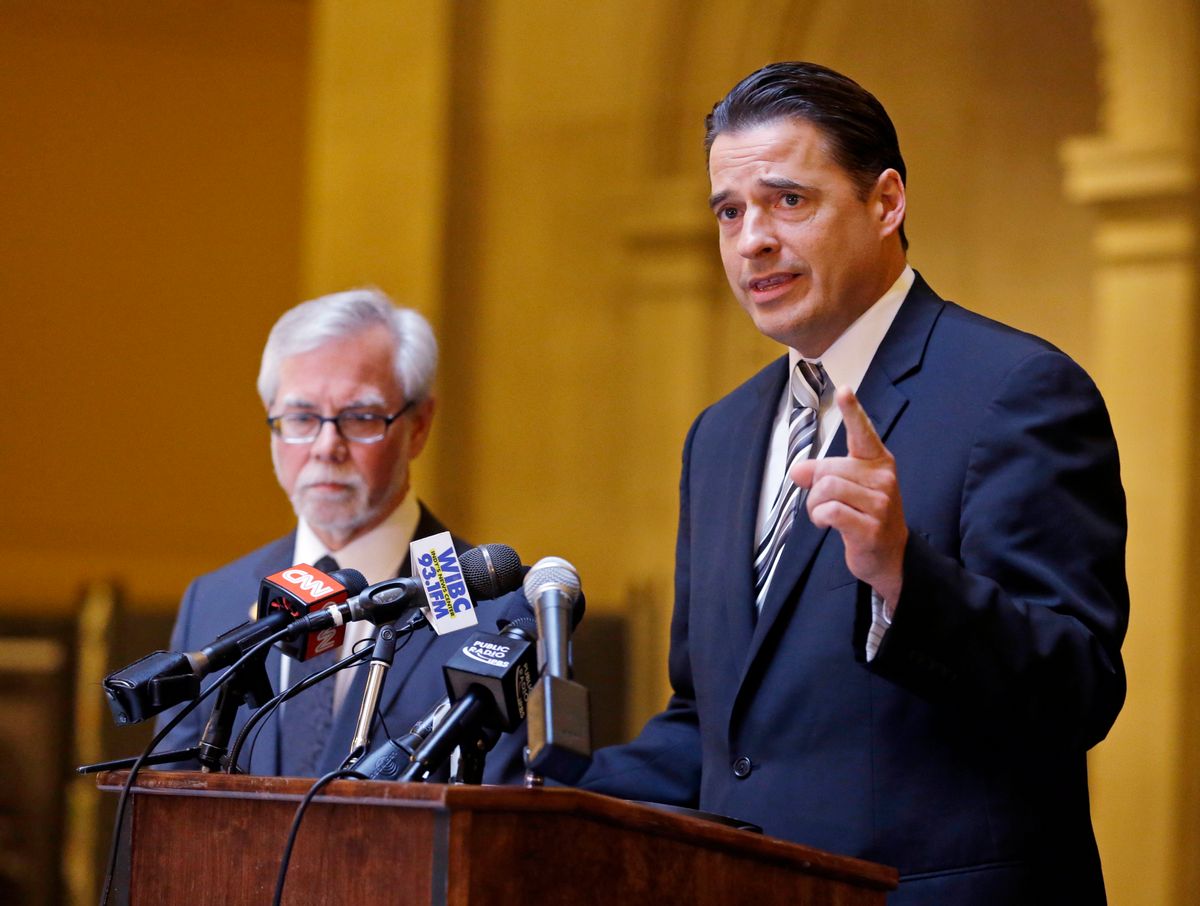 INDIANAPOLIS (AP) — Indiana lawmakers have been scrambling to control damage from a widely criticized new law that critics fear could permit discrimination against gays and lesbians. The state is among about a dozen where measures aimed at preventing government from infringing on people's religious beliefs have been introduced this year.

Arkansas is also poised to become the second state this year to enact such a measure.

A look at the laws and what's being done to address the criticism:

The Indiana law, which takes effect July 1, prohibits state laws that "substantially burden" a person's ability to follow his or her religious beliefs unless the government can show that it has a compelling interest and that the action is the least restrictive means of achieving it. The definition of "person" includes religious institutions, businesses and associations.

Indiana officials, including Gov. Mike Pence, say it's based on a 1993 federal "religious freedom" law that has been upheld by courts. They note that President Bill Clinton signed the federal law and that President Barack Obama supported similar legislation while an Illinois senator.

Twenty states now have similar laws in place, and Arkansas is poised to follow suit.

The Arkansas bill, endorsed by a House committee Monday, prevents state and local governments from infringing upon someone's religious beliefs without a "compelling" interest.

Indiana University law professor Deborah Widiss said the Indiana law closely tracks the federal law as the Supreme Court interpreted it in last year's Hobby Lobby case, which found the retailer and other closely held private businesses with religious objections could opt out of providing the free contraceptive coverage required by the Affordable Care Act.

That ruling, along with those legalizing gay marriage, have helped fuel the Indiana backlash, said Widiss, who noted that similar laws across the country have not "been a sort of blank check to discriminate."

Many Indiana businesses have posted signs or stickers saying they serve everyone, and the home page for Visit Indy included a message that all are welcome and a link to an LGBT guide. But other companies and organizations have canceled future travel to Indiana or halted expansion plans in the state. The Indianapolis-based NCAA says it is concerned about the law's impact on future Indiana events.

Chicago Mayor Rahm Emanuel has sent letters to more than a dozen Indiana businesses urging them to move to Illinois. The Rev. Jesse Jackson called the law "offensive." The public-employee union known as AFSCME announced it would relocate a women's conference scheduled for October in Indianapolis because of the law.

Republican leaders said Monday that the state could not have anticipated the backlash.

"I don't think we've ever seen a reaction like this to the laws passed historically in the other states or when the federal government did it," said Senate President Pro Tem David Long. "Clearly people are reacting differently to this law. We didn't see that coming."

Former Florida Gov. Jeb Bush defended the Indiana law Monday, saying it was "simply allowing people of faith space to be able to express their beliefs." Bush, who is expected to seek the 2016 Republican presidential nomination, compared the measure to one in Florida and backed Indiana Gov. Mike Pence.

"I think Gov. Pence has done the right thing," Bush said on the Hugh Hewitt radio show. "I think once the facts are established, people aren't going to see this as discriminatory at all."

Texas Sen. Ted Cruz, who announced his GOP presidential campaign last week, also declared his support for Pence on Monday. In a statement, Cruz said the Indiana governor was "holding the line to protect religious liberty" in his state.

Hillary Rodham Clinton, who is poised to launch her Democratic presidential campaign this month, voiced her opposition to the measure last week. She wrote on Twitter that it was "sad this new Indiana law can happen in America today."

Republican leaders in Indiana said they would work with lawmakers on language to clarify the intent of the law and eliminate concerns about discrimination. They did not offer specifics.

They did not appear eager to add sexual orientation to Indiana's civil-rights laws, calling that a "big policy discussion" to raise with just four weeks left in this year's legislative session.

Pence has said adding state protections for gays and lesbians is not part of his agenda.

Democratic House Minority Leader Scott Pelath said Indiana has been embarrassed nationally and called for the law to be repealed.

Arkansas' Republican Gov. Asa Hutchinson and the lawmaker behind the proposal said they're not seeking any more changes to that state's bill.

Republican House Speaker Brian Bosma and Long both said Pence failed to clearly answer repeated questions during a television appearance Sunday about whether the law meant it was legal to discriminate against gays and lesbians in Indiana.

Pence said last week after signing the bill that he would not have done so if he thought it discriminated against anyone, Long noted.

For Pence, the law has resurrected social issues that he was known for in Congress but has tried largely to avoid in favor of jobs and education initiatives since being elected governor in 2012.

In an essay for The Wall Street Journal, Pence said "the law is not a 'license to discriminate'" and reflects federal law. But the Affordable Care Act, he said, "renewed concerns about government infringement on deeply held religious beliefs."