"I abhor discrimination," he said 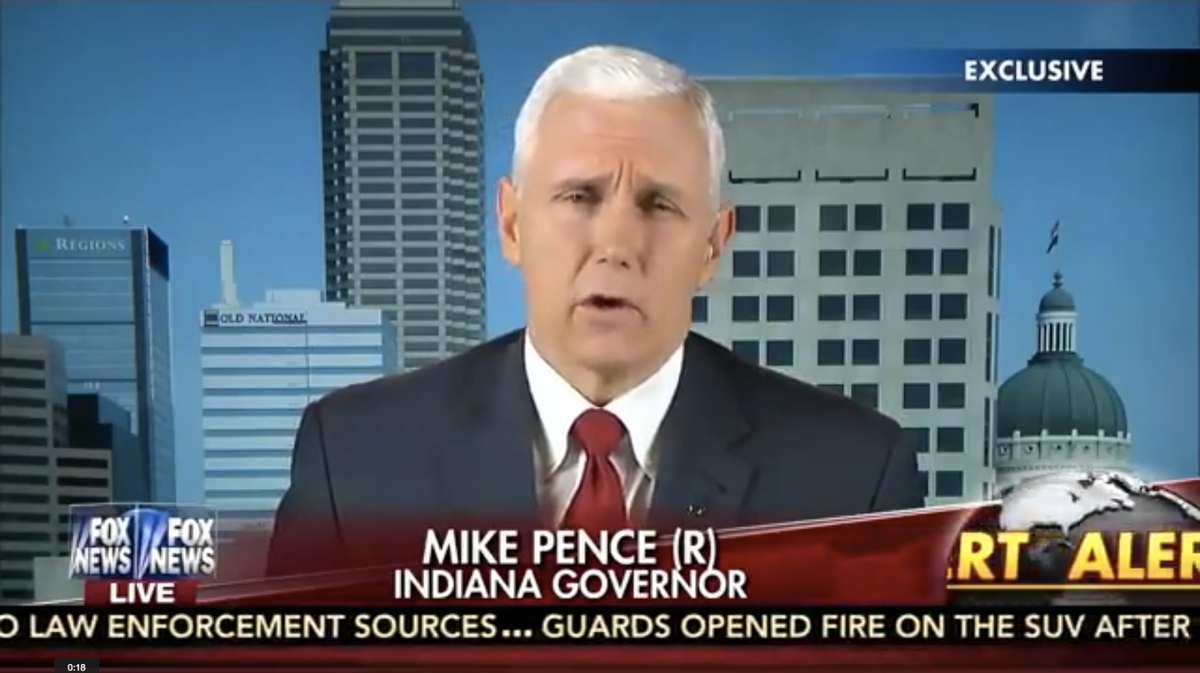 On Tuesday morning, Indiana Gov. Mike Pence appeared on "Fox & Friends" where he attempted to defend his state's "religious freedom" bill by aligning himself with some of the greatest civil rights defenders in history.

"Look, there is no license to discriminate in this law," Pence said. "For my part, I abhor discrimination like every other Hoosier. I don't think anyone should ever be mistreated because of who they are or who they love."

Host Steve Doocy then asked how Pence would defend himself against those who say the law is racist, in addition to being discriminatory to gay people.

"Five years ago, my wife, my three children and I walked across the Edmund Pettis Bridge with John Lewis when I co-chaired the pilgrimage to mark the 45th anniversary of Bloody Sunday. I abhor discrimination. I can tell you from my heart, if I was in a restaurant and saw a business owner deny services to someone because they were gay, I wouldn't eat there anymore."