The couple that escorts together, stays together? Inside the marriage of an adult-services power cou 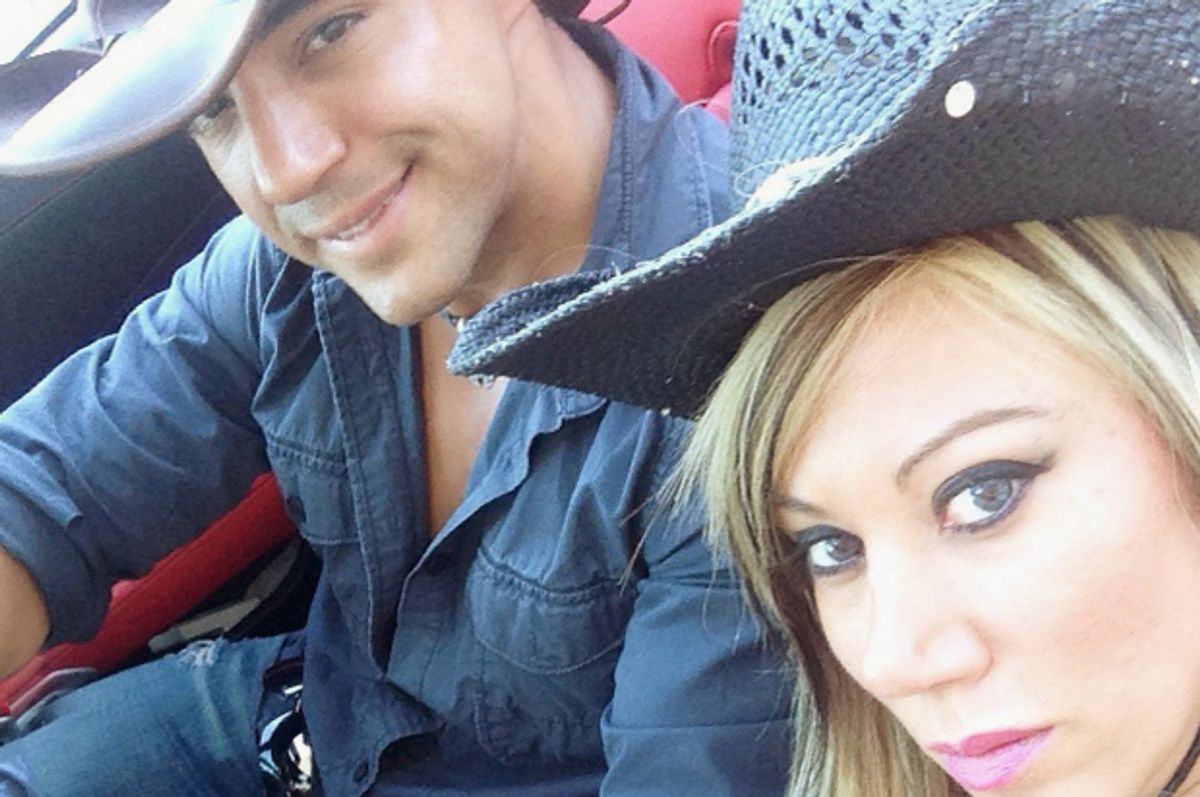 It all began when Bianca and Rob went out for drinks with friends. As tends to happen in conversation fueled by alcohol, the topic of sex came up. One by one, their friends dished on their own kinky exploits -- there was talk of sex toys, pornography and even group sex. "Crazy things," as 28-year-old Bianca puts it. Afterward, the couple went home and had a few glasses of wine and "the bug stayed in our head," says Bianca, who grew up in Brazil speaking Portuguese and is prone to endearing malapropisms in English. "It was like, 'Are we boring?'"

It's a common enough fear -- the kind of thing that sends a married couple to their local well-lit sex shop for some fuzzy handcuffs. But they decided to do something more drastic: A few weeks later, they went to a swingers club. It was "a disaster," she says. The event was held in a warehouse filled with "middle-aged ugly guys," she says, so they left, never having taken off their clothes.

Next, she turned to Google and ended up on a Backpage ad reading, "Hot young couple, open-minded." Bianca and Rob called the couple, thinking they might go out to dinner, see if they hit it off and go from there, only to discover that the "hot young couple" was seeking a "donation" for their time. They were escorts, of course, but the idea had never occurred to Bianca and Rob. "It seems silly now, but we didn't know," she says. "I was that kind of naive." That's when Rob got an idea. "He  looks at me and jokingly says, 'Let's put up an ad, babe,'" she says. "I look at him and I'm like, 'Hell no, nobody is even going to call!'" A couple of drinks later, they were tearing apart their closets in search of sexy getups and posing for photos. Within a half hour of their ad going live, their phone was ringing off the hook. It wasn't long before their voice-mail box reached...

This is how Bianca and Rob began escorting as a couple. They were searching for ways to spice things up in the bedroom and they ended up as paid companions. Seriously, Bianca says the escorting is mostly for their personal enjoyment, not for the money. “We're not doing this because, oh, I need to pay my Verizon bill. No,” she says. In fact, both have day jobs: Bianca works a corporate job and Rob, 34, is a personal trainer. “Of course the money does help with little things -- right now I'm able to pay for my younger brother's college,” she says. “But we don't have to do this every day. If we don't like someone, we won't do it.”

By all indications, business is booming: They are currently ranked as the No. 1 provider in New York City on the Erotic Review, the Yelp for adult services, and are the first couple ever to make the site's Top 100 list. They emphasize, however, that they do not accept money for sex. Before entering their site, they ask visitors to acknowledge the following: "You are fully aware that we are Adult Companions and that any fees we accept are for our TIME and companionship ONLY - no solicitation is being made by us, nor will we accept any solicitation. WHATEVER happens during our time together is FREE and between consenting adults."

It's easy enough to see why they're so popular: He’s ripped and has that dark and handsome thing going on, and she’s mind-bogglingly buxom with long blond hair and a perfect, ski-slope nose. They look like they belong on a soap opera or in a Barbie Dreamhouse.

That said, their customers aren't just driven by carnal desires. "We do have guys who come here just to talk -- many, many," she says. "They want to talk to someone. They want to understand about their sexual life. Sometimes they want to know what to do to bring a little spark." So they teach them. "We had one customer from the Middle East and he doesn't know about sex," she says. "We told him, 'You should touch your wife this way,' literally showing him how to make love with his wife." Bianca also frequently finds herself coaching married men in sexless marriages about how to bring romance back into their lives. "Do you try to get a baby sitter?" she'll ask them. "The money you spend with us right now, why didn't you pay a baby sitter and have a weekend with your wife in the Poconos?"

That said, she's also sympathetic to the things that drive husbands to seek their services: "Explain to me how a woman can not have sex with her husband for two years and expect him to not want to have sex with somebody else," she says. "A lot of women, they never, ever, ever give their husband a blow job, because they think it's gross. If you love somebody, you don't think anything about that person is gross."

Of course, the escorting hasn't always been easy on their own marriage. They only tried one session with another heterosexual couple. "When I saw him with her, I could not stand it," she says. "I could not stand it! Call it selfish or whatever you want, it is what it is. It hurt me. Those images stayed in my head afterward for a little bit." Since then, they have strictly seen individual men or male couples. Overall, though, she says the escorting has been good for them. "We are closer now, but like any couple we do have our ups and downs," she says. "Marriage is something you have to work on daily, know how to forgive, to forget and know how to manage keeping the passion." And, for them, escorting is what does the trick.