The Fox News pundit doesn't care if his brother is publicly vile, sexist or even a murderer -- real family values! 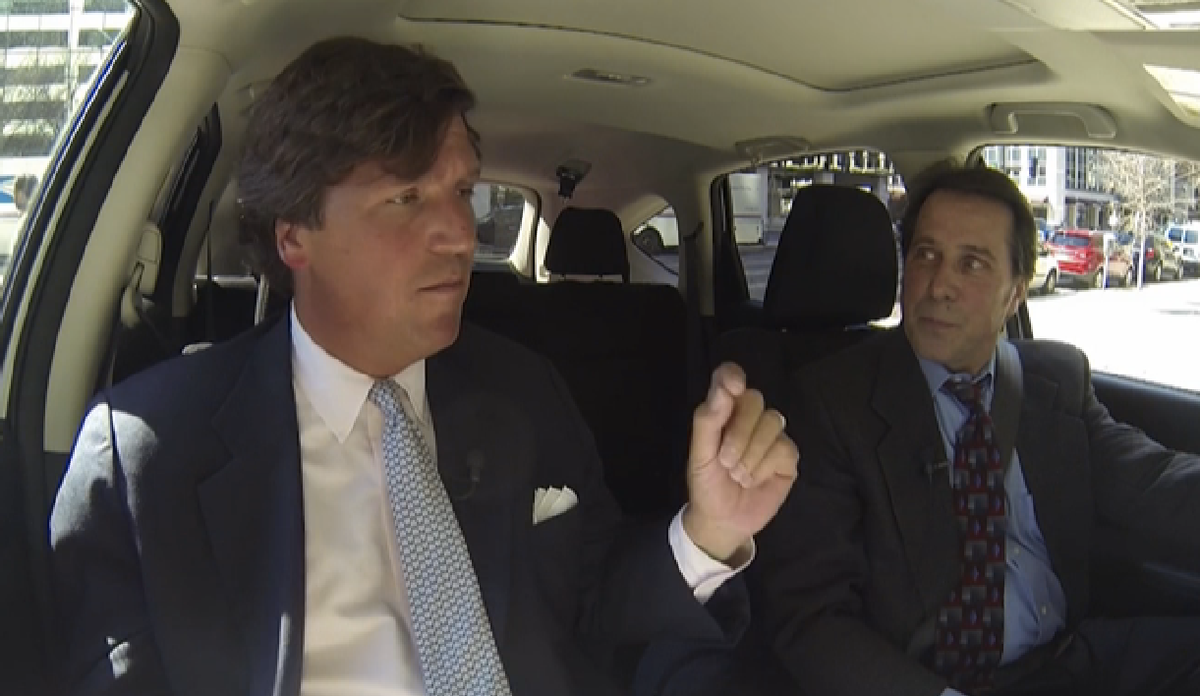 Tucker Carlson does not seem to have a problem with his brother Buckley's artful display of sexism last week, when an email he sent to a staffer for New York City Mayor Bill de Blasio (in which he referred to the staffer as "LabiaFace") was leaked to BuzzFeed. In fact, it seems young Buckley could do just about anything without receiving condemnation from his elder brother, who recently participated in a bizarre knockoff of "Comedians In Cars Getting Coffee" to say pretty much that.

Riding shotgun for Real Clear Politics' "Changing Lanes" web series, Carlson gave his take on his brother's vile comments, which he says weren't bad enough to warrant any sort of public distancing. (This should come as no surprise, given Carlson's own sexist email to the same de Blasio staffer.) The Daily Caller co-founder described Buckley as "a very effervescent character" and described BuzzFeed as "crap," so that might give you an idea of the angle he's taking on all of this.

"I thought, 'You know what, if my brother committed a mass murder, I would not criticize him in public,'" Carlson said. "He's my brother. Period. Under no circumstances will I criticize my family in public -- ever. That's the rule, and I'm not breaking it."