What is Martin O'Malley doing? Here's what his cautious, indirect Hillary attacks will really get him

Potential '16 contender can complain about a Clinton dynasty all he wants. But here's what he really needs for 2016 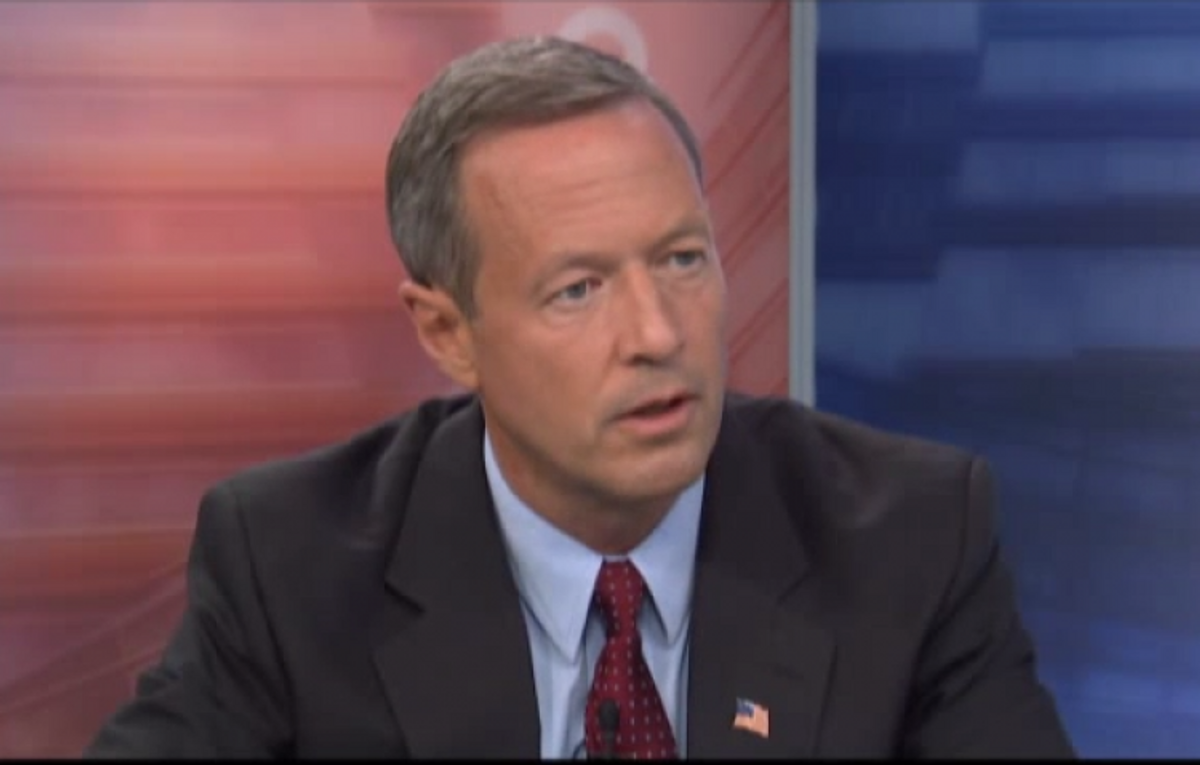 Over the weekend, former Maryland governor Martin O’Malley made some news when, on ABC News’ “This Week,” he took an obvious swipe at Hillary Clinton (and Jeb Bush), telling host George Stephanopoulos: “The presidency of the United States is not some crown to be passed between two families.” This comment got so much attention mainly because bored political reporters are desperate at this point for any sort of intramural Democratic fight after months and months of writing about how Hillary is poised to run away with the party’s presidential nomination. O’Malley is one of the few potential candidates in a position to offer any sort of meaningful challenge to Clinton, and now he’s saying things that are mildly and obliquely critical of her. Finally! It’s a race!

I was less excited with O’Malley’s interview. In fact, I thought the whole thing was largely useless from start to finish. More than anything else, it was a huge missed opportunity to explore the ways in which O’Malley – or any other candidate – might actually take on Clinton.

The general thinking is that to take on Hillary, you have to come at her from the left on economic issues, and O’Malley strongly indicated that was what he’s thinking of doing. He spent most of the interview with Stephanopoulos talking about the economy and contrasting his economic vision with “the failed policies of the past.” Here’s a small sampling of what he said: “The American dream has become something that is no longer true for the 80 percent of us… give our kids a better future and create a stronger economy… in order for us to make an economy again where people can work hard and get ahead… a president who is willing to take on powerful, wealthy, special interests in order restore that sort of American economy… ” At no point, however, did O’Malley venture beyond canned talking points, and he came nowhere close to making the case that he'd be better on economic policy than Hillary.

Given that O’Malley spent all his time talking in vague generalities about the economy, Stephanopoulos might have considered asking what specific economic policies O’Malley would support that would realize his vision and set him apart from Hillary or “the failed policies of the past” or whatever. He could have asked O’Malley to flesh out his views on bank regulation, or pressed him to weigh in on the many wage-growth proposals progressive policy groups have been churning out. He could have pointed the big black mark in Bill Clinton’s record on economic inequality – the lowering of capital gains taxes – and asked how Martin O’Malley would go about closing the gap between the rich and the poor.

But instead of trying to get useful, interesting information out of O’Malley, Stephanopoulos basically asked him over and over if he was really running for president:

“You said that we need new perspectives, new leadership. You're ready to challenge her, aren't you?”

“It sounds like you're getting the reception in Iowa that's convinced you you should go forward with this.”

“As I said, governor, you sure sound like a candidate this morning.”

“Well, governor, the announcement sounds like just a formality now. When should we expect it?”

At one point Stephanopoulos confessed to be “surprised” because he didn’t think O’Malley would be “this direct in taking on former secretary of state Hillary Clinton.” O’Malley wasn’t really “direct” at all – he was purposefully indirect. That quip about the “crown” that made all the headlines? That was pretty anodyne, it wasn’t specifically about Hillary, and O’Malley even walked it back a bit, saying that he was talking about “any two families,” and not necessarily the Clintons and the Bushes. At one point, Stephanopoulos asked O’Malley if Clinton was the proper candidate to take on moneyed special interests. Given the opportunity to criticize Clinton directly, O’Malley declined: “Well, I don't know. I don't know where she stands. Will she represent a break with the failed policies of the past? Well, I don't know.”

And we didn’t actually learn much about what Martin O’Malley intends to do as a presidential candidate, or how he hopes to build a national political movement out of literally nothing. Back in 2007 and 2008, Obama snatched the nomination from Hillary by relentlessly pounding away at the key policy matter that distinguished the two in the eyes of Democratic voters: the Iraq war. Obama also promised a break from “the old politics,” but what made that message credible was that he could tie it to a policy that voters really cared about.

O’Malley doesn’t have that same opening, obviously, but if he’s serious about running successfully against the Clinton machine, then he’s going to have to find something and find it soon. Bank-shot criticisms of dynastic politics are well and good, but Democrats already know Hillary Clinton spent eight years as First Lady and that fact in isolation doesn’t seem to turn them off so much, let alone push them into the O’Malley camp.

But the media are nonetheless excited that O’Malley is finally starting to stir a bit and ease himself ever so gently into criticizing Hillary Clinton. Fine, great, whatever. Wake me up when the policy fight begins.